A Weekend of Music and History in Bratislava, Slovakia

Bratislava’s complex history means that this relatively small city has a huge variety of culture crammed into its compact Old Town. It is a perfect place for a long weekend with architecturally varied buildings in an attractive townscape all within easy walk, along with Europe-wide cultural references, and a highly musical culture. There are currently lots of building works in the city and it is clearly developing rapidly. 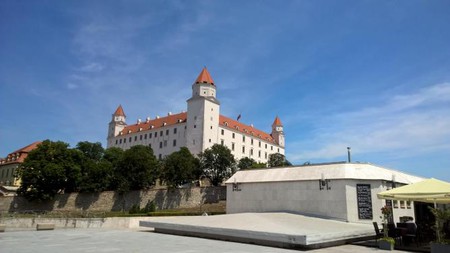 The Old Town occupies the footprint of the medieval walled city, and the banks of the Danube were fortified, which means the city turns away from the river. Remnants of the wall are still visible, with St Michael’s Tower being the only surviving one of the four gates. The 13th-century Cathedral of St Martin was re-built in the 15th century being incorporated into the walls as a buttress, and the neighboring area is the best place to see the walls. The town was cultured too, the humanist Universitas Istropolitana was established in the 15th century; though it was short lived the town remained a center of humanist philosophy. 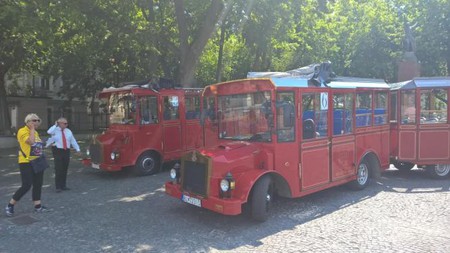 In the 16th century, with the town part of the Holy Roman Empire, the invasion by the Ottoman Turks meant the capital of Hungary was moved to Bratislava (then called Pressburg, Bratislava is how the city was re-named in the 20th century following the Austro-Hungarian Empire’s demise). For the next 200 years the crowning of the Hapsburg monarchs took place here and not in Budapest. Little remains of this grandeur, the cathedral has simple elegant interior, but there is an extensive treasury with some fine vestments given the cathedral by Empress Maria Teresa in the 18th century. 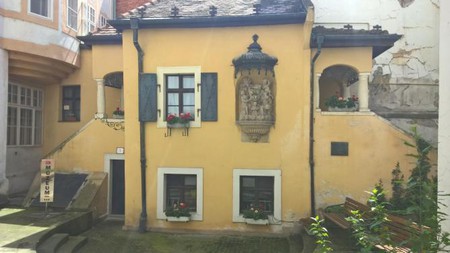 During the 17th and 18th centuries the nobles, who attended coronations and sessions of the Hungarian Diet, built palaces and grand town houses, many of them closely packed into the area between St Martin’s Church and St Michael’s Tower. The grandest surviving ones include the Pálffy Palace and the Grassalkovitch Palace just outside the old town and now the residence of the President of Slovakia. This was a highly cultured period and Haydn, Mozart and Beethoven all visited the town and played in these palaces. The first public performance of an opera took place here, a performance of Paisiello’s King Teodor in Venezia performed in 1778, just three years after the work’s premiere in Vienna. 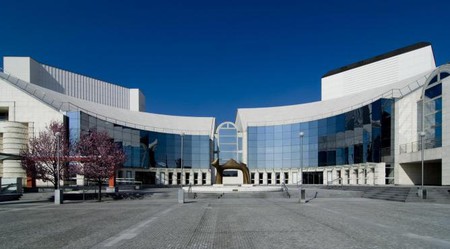 The composer Johann Nepomuk Hummel was a native. He was a pupil of Mozart and a friend of Beethoven. Much lauded by his native city, his tiny birthplace is now a charming museum with just two rooms full of his pianos, letters, etchings and his son’s drawings. The 18th-century Archbishop built himself a grand palace, the Primate’s Palace, which has a square all of its own near the main square. Now the office of the Mayor of Bratislava, you can visit the state rooms to see the lovely Hall of Mirrors and the set of 16th-century English Mortlake tapestries which were walled up to preserve them from Napoleon and only re-discovered in 1903. 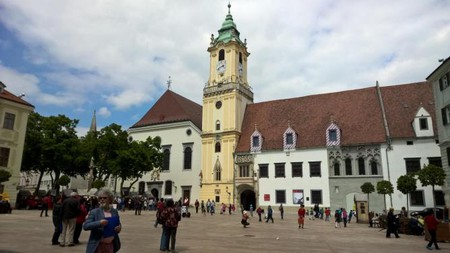 In later centuries Franz Liszt (whose mother was Slovakian) was supported by the city, whilst both Bela Bartok and Ernst von Dohnanyi had Slovakian mothers, and Bartok went to school in the city. The soprano Lucia Popp was born in Slovakia and is buried in a cemetery in Bratislava. These layers of history have left the Old Town an attractive mixture of historical styles, and in the main square there are 17th-century town houses, jugendstil buildings as well as the neo-gothic Old Town Hall which houses the City Museum. There are also lots of cafés, so the area is a lovely one to stop, simply watch and enjoy the fabulous pastries. 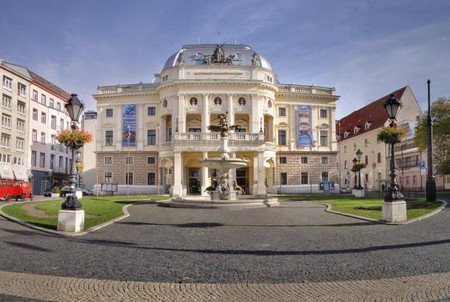 The 19th-century Austro-Hungarian Empire made its mark on the city, just as it did with all the cities it occupied. Hviezdoslavovo námestie is a long tree lined promenade bordered by grand imperial buildings. These include the Opera House (home to Slovak National Theatre) built by architects who designed similar buildings all over the empire, and the neo-baroque Reduta, now home to the Slovak Philharmonic Orchestra, and along with more recent essays in the grand style. The square is also lined with a great variety of restaurants, including Zylinder which serves traditional Austro-Hungarian fare with modern style. 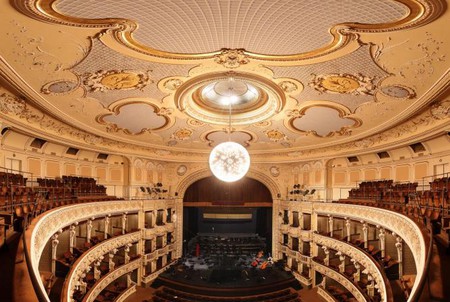 Looming over the town is Bratislava Castle, and it is well worth the walk up the hill to the massive baroque building. The Hapsburgs took the contents to Vienna long ago and it was left derelict after a fire in the 19th century and it was only restored in 1953 but the views from the terraces are spectacular. The Restaurant Parlament in the adjacent modern parliament building has superb views of the Danube and good food too. Venturing out of the Old Town, you can quickly come across some prime examples of Soviet post-war planning including the spectacular inverted pyramid building. East of the Old Town lies the most recent development along the banks of the Danube, the new shopping mall Eurovea, with a long terrace of attractive restaurants. The central esplanade is home to Slovak National Theatre’s New Building housing opera, ballet and drama, Adjacent, amid lots of new building work, is Panorama City tower block with the Heineken Tower Stage and its program of musicals. 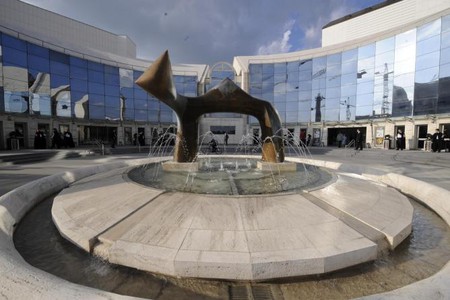 Both the Slovak Philharmonic and the Slovak National Theatre run regular seasons and make it well worth visiting the city. The Slovak Philharmonic uses a wide range of international soloists and has an attractive program of concerts in the Reduta. Slovak National Theatre performs in both the Opera House and the New Building, neither is large seating 600 and 900 respectively. The Opera House has an elaborate 19th-century auditorium whilst the New Building has fine technical facilities. There are around 150 performances per year and recent new productions have included I gioielli della Madonna written in 1911 by the Italian/German composer Ermanno Wolf-Ferrari – a very rare work which is a huge challenge for performers, designers and stage crew alike, and is testament to the health and vitality of the company. June 2015 sees the inauguration of SND’s Young Artist Program with a studio performance of Paisiello’s King Teodor in Venezia, the first publically performed opera in Bratislava in 1778.