8 Traditions Only Slovaks Will Understand 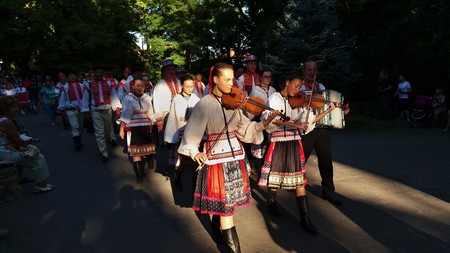 Slovakia’s deeply rooted folk traditions are a significant source of national pride and identity. So much so that Slovakia often chooses traditional folk decorations to adorn the uniforms of their athletes in international competitions. Due to the many possibilities for outdoor recreation in Slovakia, many people are also very active and athletic, spending weekends hiking, rock climbing, kayaking, or skiing. Here’s a quick glimpse at eight unique traditions which make Slovaks truly, and uniquely, Slovak.

Keeping fish in the bathtub before Christmas

This tradition came about because eating carp at Christmas is supposed to bring good luck, but since they are bottom feeders, they taste better if kept in clean water in a tub for several days before eating. Keeping the fish in the bathtub also ensures that it stays fresh right up until Christmas Day. These days, many families in the countryside still carry on this tradition, often with a modern twist – neighbors take turns keeping the fish each year, so that it’s necessary to lose the use of their bathtub for a few days only once every four or five years instead of annually! After being held captive in the bathtub for the at least two days, the fish are then gathered and prepared to cook. The carp is often served fried with a side of potato salad for a traditional Slovak Christmas meal.

Taking a tree from the forest to decorate for May Day

May 1 is a national holiday in Slovakia, and there is no school or work. Instead, the men go out into the forests to find tall trees to use as May poles. The Slovak traditional May pole is a tall tree which has been stripped of all of its branches except the very top two to three feet which are left intact to look like a small Christmas tree. To these branches, Slovaks tie colorful ribbons which symbolize love, new life, and good growth. The May poles stay up in neighborhoods and in front of community centers until June 1, when they are taken down with another day of celebrations, bringing friends, family, and neighbors together.

This next holiday tradition dates back to the ninth century, when it was believed that dowsing women with cold water would make them healthy for the upcoming spring season and ensure their fertility in the year ahead. Men also hit the women with wicker sticks to ensure vitality. Today, it’s unlikely that young men have this goal in mind when they receive permission to act like little demons for a day. Girls are expected to give the boys a boiled egg or a candy bar as a thanks for being soaked with cold water.

#happyeaster my Amigos! This is whats happening in #Slovakia today! Iam well missing out!!🙈🙈😂🐰🐰 #slovakeaster #tradition

A wedding is not a wedding without a great moderator

In many countries, wedding planners are available to organize and smoothly orchestrate weddings – but often from behind the scenes. Slovakia has a fun tradition of wedding moderators who act as the official programmers during the wedding, providing both instructions and entertainment to the guests. The moderators are often dressed in traditional folk costumes and are involved with greeting the guests, orchestrating the ceremony, and letting the couple know when it is time to cut the cake and throw the flower bouquet. The moderator orchestrates the breaking of a plate, which the couple must then sweep up using a broom while guests kick the pieces around the room. Completing this task shows that the couple is ready to work as a team.

Drinking herbal liquor in the mountains

No matter the season, spending time in the mountains is an extremely popular activity in Slovakia, as it is a country blessed with many mountains. Slovaks are always prepared with a backpack containing any possibly necessary supplies and almost always a flask of herbal liquor. Some popular brands are Demänovka, Tatra Tea, and Becherovka. Slovaks claim the herbs have health benefits such as boosting the immune system and aiding digestion, so taking a few swigs at the top of the mountain will make your time outdoors even more beneficial to your wellbeing. 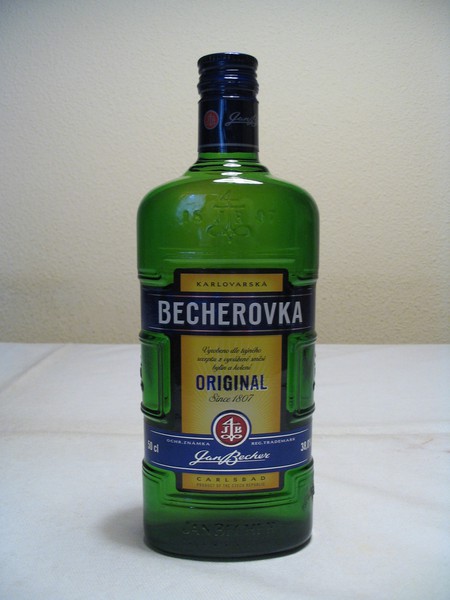 Every meal starts with soup

Whether in a restaurant or at home, starting your meal with a soup is a must while in Slovakia. Some soups are broth based with veggies, while others are cream based. Some soups just pique your appetite, while others feel like entire meals! Try them all when you visit, as few countries have as many delicious soups as Slovakia.

Tea can solve any health problem

If you aren’t feeling well during your visit to Slovakia, ask the pharmacist about herbal teas. Available at all pharmacies, convenience stores, and most supermarkets, herbal teas are an incredibly popular way to heal whatever ails you. There’s teas for every symptom; from arthritis to a stuffy nose to a fever to coughing to insomnia to allergies to bad pain. Many of these herbal tea blends are produced in the country and are typically recommended by doctors as well when you’re feeling ill. Slovakia’s tea obsession isn’t evident only during sickness, but also in health. Several beautiful tea houses, like Čajovňa na zámku in Zvolen Castle, or Čajovňa Klopačka in Banska Stiavnica offer a relaxing atmosphere perfect for taking time out from sightseeing.

The fujara is a large folk shephard’s flute from central Slovakia. It is typically played standing up and is especially popular during folk festivals and celebrations in Detva and Vychodna. The instrument is so unique that it was included in the UNESCO list of Masterpieces of the Oral and Intangible Heritage of Humanity in 2005.