6 Unknown and Underrated Slovak Writers You Need to Read 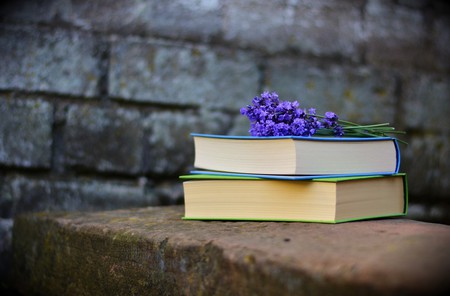 Read on for the best books by Slovak authors you just can't miss!

Slovak literature is still mostly unknown to the English-speaking public, but with an increased focus on translating original poems, short stories, and novels into English in order to reach a larger audience, it is now possible to enjoy several outstanding works by Slovak authors. If you’d like to pick up a book or short story by a Slovak author who has been recognized for their literary excellence, we suggest starting with one of these six unique authors.

Jana Beňová graduated from the Academy of Music and Dramatic Arts in Bratislava with a degree in theatre dramaturgy. She first wrote for Slovak publications, including Dotyky, Fragment, Slovenské Pohľady, and the daily newspaper SME. Beňová also published a collection of poems that featured her observations on interpersonal relationships, love, and life in general.

She is most famous for her book Plán odprevádzania (Seeing People Off), subtitled Café Hyena. This book is a novel that combines a collection of observations, perceptions, and memories. Beňová was awarded the European Union Prize for Literature in 2012 for her work on this novel. It’s possible to read an excerpt in English on the European Union Prize for Literature website; the novel is set in Bratislava and provides some intriguing insights about life in the borough of Petržalka. Beňová will soon present her work to an English-speaking audience at the Brooklyn Book Festival, being held September 11-17, 2017.

Michal Hvorecký is a fiction writer who has published many short stories that have been translated and printed in English, German, Polish, Czech, and Italian. Unfortunately, his novels are not yet available in English. Hvorecký also regularly contributes to Slovak newspapers. Some of his short stories and articles, such as Transylvania on a slippery slope, are available to read in English on the Salon website.

In Transylvania on a slippery slope, Hvorecký writes his opinion that, “The Slovaks and Czechs are mostly not keen on their minorities. Perhaps they ought to remember that there are parts of the world where they, too, are a minority.” Hvorecký is an author who is not afraid to share his views, both positive and critical of his homeland. Reading through his opinionated short stories will give you a glimpse into current events and issues related to literary arts in Slovakia.

Ivana Dobrakovová has published two major works in the English language; a novel, Bellevue (2010), and a collection of short stories, Toxo (2013). The main characters of her short stories in Toxo are mostly young Slovak women who are searching for their place in the world, often via relationships with foreigners abroad. Each of the women encounters different challenges and difficult situations. The primary conclusion of the stories is a story of self-redemption; that the women are ultimately the only ones who are able to help themselves.

In Bellevue, Dobrakovová tells the story of a nineteen-year-old girl who works as a volunteer for physically disabled residents in a medical center. As the story progresses, her observations begin to be impacted by her own struggle with depression, and she eventually loses the ability to confront others’ pain and suffering and loses touch with reality. The book has been praised for its attempt at understanding the thought process of people who are affected by depression, and is certainly interesting from a psychological perspective.

Juraj Kuniak is a Slovak poet and writer from Košice, in the eastern part of Slovakia. He has published several books in English, including Mister Cernovsky (2004), Man in the Wind (2005), A Bit of the World’s Space (2006), Cor Cordi (2007), The Line of the Horizon (2008), Notebook of a Lyrical Correspondent (2008), and Lamium Album (2012). Kuniak also works as a translator and has translated Walt Whitman’s Song of Myself into the Slovak language. Although it is difficult to buy a copy of Kuniak’s work outside of Slovakia (with most copies now being sold at second-hand bookshops), he is one of the most productive poets and writers in the country, with a writing career spanning more than three decades.

Celeste Buckingham is a pop singer based in Slovakia, who has also competed on Cesko Slovensko Superstar and served as a judge on Czech-Slovak X Factor. Her top-10 single entitled “Run, Run, Run” earned her the recognition of “Best Czech & Slovak Act” at the MTV Europe Music Awards. Buckingham is not a native Slovak, but was raised by multicultural parents in Borinka, a village close to Bratislava. She is quite possibly the youngest writer working in Slovakia to ever be published, as she co-authored The Lost Princess with her younger sister Carmen, when they were 11 and 9 years old. The children’s book was published in 2007, and there are still a few copies available on Amazon.

Vladimír Balla recently published In the Name of the Father, a combination of his award-winning Slovak novella and three additional short stories, in May 2017. The book is also available as an audio book in English. In the Name of the Father is a story about a narrator who reflects about the challenges of his life and looks to place blame on others for his failed relationship with his parents, his serial adultery, the dissolution of his marriage, and his wife’s descent into mental illness. Originally published in 2011, the novella won several awards in Slovakia and solidified Balla’s reputation as “the Slovak Kafka” due to his unique use of dark humor. If you enjoy satire, you’ve got to order a copy of Balla’s In the Name of the Father.