The Slovakian Artists You Should Know

While Slovakia has only existed independently for two-plus decades, the region has a long art history. From modern paintings to glasswork and even designing money, these are the essential Slovakian artists to know. 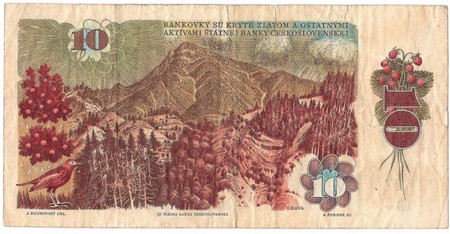 Brunovský is effectively the grandfather of Slovakian modern art. He used several different printing techniques throughout his career, but eventually began painting. Much of his work falls under the umbrella of Surrealism, which is especially evident in the figures in his prints. Though he lived most of his life during the communist era, he stayed on the good side of the regime, even taking a job as a professor at the Academy of Fine Arts in Bratislava in 1966. Towards the end of his life, he designed the last series of Czechoslovak bank notes, before that country broke into its two constituent pieces.

Sarah Avni, is part of Slovakia’s contemporary art scene right now. A recent graduate in International Relations and Diplomacy, she often incorporates her international interests into paintings, with, for example, artistic renditions of maps. Her paintings are whimsical and bleeding with color, somehow managing to evoke both happiness and melancholy at the same time. Her various collections explore different themes, like animals, gemstones, and water. Her work has largely only been exhibited in Slovakia, although she currently has an exhibition on in Vienna, and she’s had a few in Prague as well. 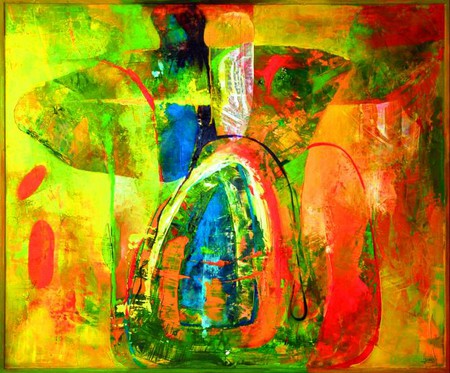 Bachoríková is an artist and fashion designer, and she often uses her artwork in the clothes that she makes for her label, ZURABA. After graduating in the 1970s from the School of Applied Arts in Bratislava, she has made a career out of painting, drawing, illustrating, and graphic, fashion, and interior design. Her paintings are saturated with color and full of different shapes, sometimes noticeably human and sometimes not. Meditation has often been an inspiration for her, so the forms often seem to flow together instead of being very separated, even though the colors are often quite diverse.

As the recipient of a masters degree in fine arts from the Academy of Fine Arts in Bratislava and the head of the Department of Fine Arts Education at the University of Trnava, Baláž certainly has a good pedigree, but his art really speaks for itself. Much of his work is post-conceptual work with text, and it has been displayed all over the world. He makes use of many different materials, so the color, the texture, the words, and the background all have an effect on the impact that the pieces have. He also does some sculpting, and many of his artwork has historical or political themes, like, for example, the Czech and Slovak national identities.

Slavic language speakers will quickly recognize that Mária Balážová has the same name as the man mentioned above her – which is no coincidence, as they are a married couple. She has a similar pedigree to her husband’s, but her style is very different. Her work is full of geometric themes and stark color contrasts, and she has also made clothing that incorporate similar elements. A theme running through her body of work is the serpent, which she created at the beginning of her career as part of her own mythology, and lends its name to her Serpent Geometry collections.

Macho paints not on canvas and paints, but on glass. He studied glassmaking in Slovakia and France, and since then he has had exhibits all around Europe. The glass panes, of course, are transparent, so the paintings may be seen from both sides, which gives each one two different sides and therefore somehow an additional dimension. Macho uses geometric shapes and bright, yet natural colors; the pictures, while abstract, are reminiscent of real-world scenes, like boarded up windows or rivers in big cities. The glass paintings are also in many cases human-sized, so they can meet you, as the viewer, on more levels than one. 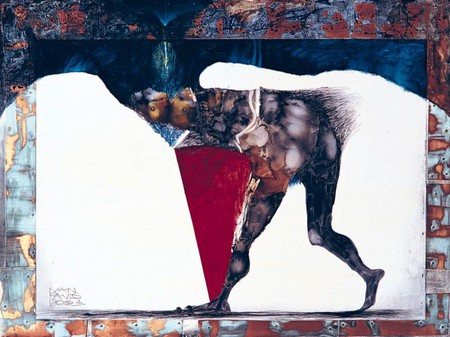 Pavle, another graduate of the Academy of Fine Arts in Bratislava, originally came from a mining town and studied engineering in high school before studying fine arts in university. He is a painter and sculptor who has had his work exhibited across Central Europe and the world, from Slovakia, to Thailand, to America. A number of different themes dominate his work: relationships and people, animals, and mythology are all among them. The forms are abstract yet recognizable, and the intense colors draw and hold your attention. Pavle also takes great pains to use older techniques in his work as his way of honoring the past.

Popovič made a name for himself early in his career as one of the first artists to use crumpled paper and enamel as his media, and as such his work with these materials is displayed across the world. Lately he does some painting as well, often using cool, pastel colors and depicting graceful and erotic scenes. His work is very evocative of the seasons, with the colors changing to represent each one differently. He describes himself as “a relentless seeker of miracles in human life, a mystic, a painter and a ‘rainmaker,’” and his work does indeed take on a very mystical quality.

Spitz is important as much for his personal history as for his artwork. A Jewish boy born in 1929 in Czechoslovakia, Spitz became the only member of his family to survive the Holocaust. Over twenty years later, he managed to defect to the West with his wife, specifically to Canada, and they later moved to the United States. His first career was as a scientist, but he eventually switched to painting, which was what he had always wanted to do. His work would fit quite well into the Impressionist movement of the 19th century, although the themes, because of his history, were quite different; much of his work has to do with Judaism, the Holocaust, and Kabbalah, or Jewish mysticism. 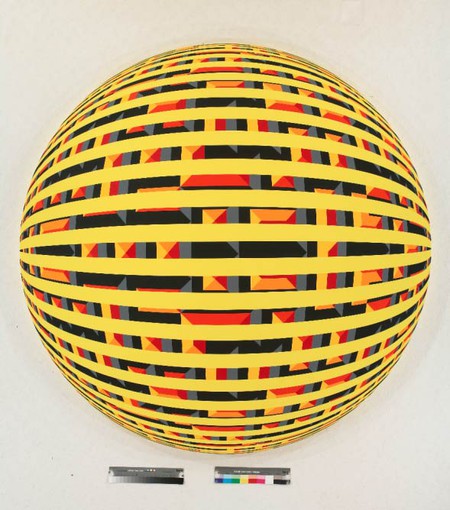 Slovakia is not exclusively populated by Slovaks, and Szentpétery represents the other major ethnicity in the country: Hungarians. He was born in the southern part of Slovakia, where there is a substantial Hungarian population. His work is effectively an artistic rendering of geometry, with very strong lines, shapes, and colors. Much of his work gives the impression of having three dimensions, despite being painted onto a canvas. He taught for many years at the Studio of Contemporar Images in the Faculty of Arts at the Technical University of Košice, the de facto capital of the Hungarian region of Slovakia.