Ski up in the clouds at Jasna Ski Resort in Slovakia | © Pudelek/WikiMediaCommons
Skiing in Eastern Europe offers many advantages – the primary one being you will save a lot of money on lift passes and ski rentals if you choose to ski in the region. The area also offers less crowded slopes, with less time waiting in line for the lifts. To attract savvy travelers, many ski resorts in Eastern Europe have also stepped up their apres ski game, offering a great selection of slope side bars, nightclubs, and other evening activities. If you’re interested in getting away from the crowds in Innsbruck and Chamonix, why not check out one of these exceptional ski resorts in Eastern Europe?

Just a two hour drive from the international airports of Krakow or Katowice, you can find the Szczyrk ski resort with a remarkable 702 meters (2304 feet) of vertical descent. In total, Szczyrk has 27 pistes covering 40 kilometers, with almost another 40 kilometers dedicated to cross country skiing routes. Two chair lifts and 25 surface lifts quickly and easily transport skiers to all areas of the mountain. An artificial snow system ensures that ski conditions are well maintained throughout the season. Several ski schools, such as Kaimowka, offer lessons. After a day out on the slopes, you can devour some Polish pierogi and sausage with a beer at one of the pubs on the slopes or in one of the cute nearby towns offering ski chalets, holiday apartments, and basic motels catering to every type of skier.

Ski down one of the wide slopes at Szczyrk © kkic/WikiMediaCommons

Park, Ski Resort
Donovaly Park Snow, Donovaly | © DanielThornton/Flickr
Donovaly is Eastern Europe’s best ski destination for families, as it offers one of the largest ski areas dedicated to children and beginner skiers. Adults also love the variety of pistes and the outstanding apres ski entertainment. Donovaly is colloquially called the “Aspen of Slovakia” by many Slovaks and Czechs due to the many luxurious ski chalets and lodges where many rich families own winter homes. If you choose Donovaly for your ski vacation, you should plan to do more than just ski. You can choose from skiing, snowboarding, cross country skiing, bobsledding, sleighs pulled by horses, sleighs pulled by dogs, a snowscooter, ice skating, and even paragliding at the resort. Even if you stay in Donovaly for a full week, you will never be bored!
More Info
Open In Google Maps
801 Pod Magurou, Donovaly, Banskobystrický kraj, 976 39, Slovakia
+421484199881
View menu
Visit website
Visit Facebook page
Send an Email
Give us feedback

Year round, tourists flock to Sinaia to visit Peles Castle, a picturesque castle considered to be a masterpiece of German new-Renaissance architecture, completed in 1883. Make sure to leave at least half a day of your ski holiday to visit this fairy tale castle and admire some of its 160 ornately decorated rooms. When you are ready to hit the slopes, you can enjoy the views from the highest altitude ski resort in Romania. Thanks to its lofty position, Sinaia often remains open until May each year. Gondolas quickly transport skiers all over the mountain, and it is possible to rent ski equipment and even Go Pros to capture the action on site. 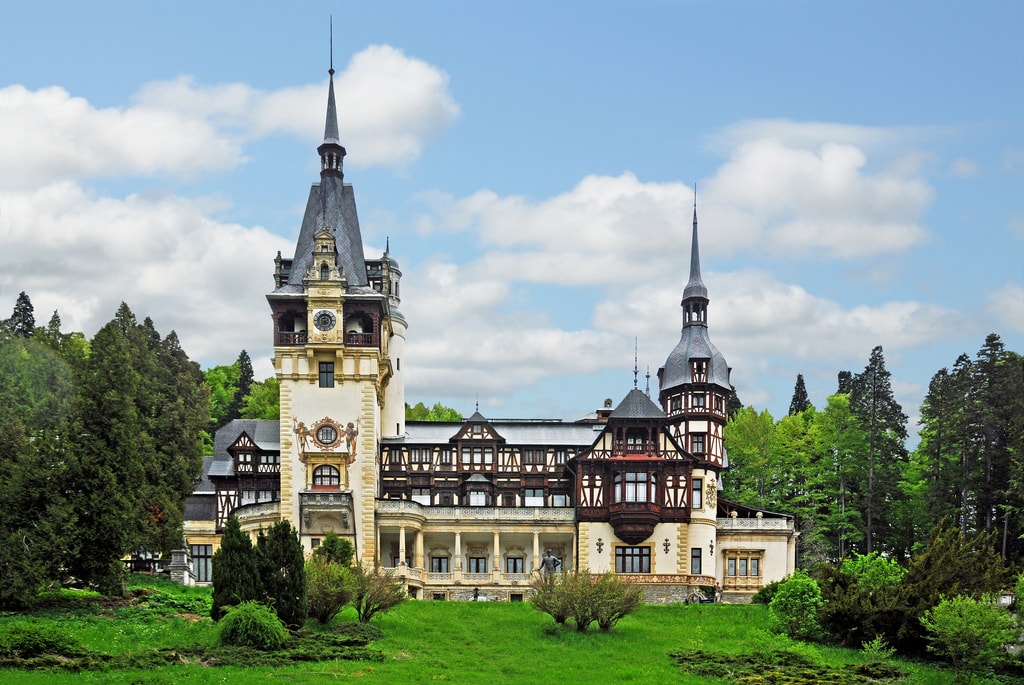 In the summer tourists flock to Mavrovo for its beautiful lake, but in the winter, Mavrovo Ski Center is one of Macedonia’s prime skiing destinations. Its location, close to the capital city of Skopje makes it extremely convenient for a weekend ski trip. 14 lifts transport skiers over 25 kilometers of pistes. You won’t find very many advertisements or much marketing for Mavrovo in English, as it is certainly an off the beaten path ski destination. However, you will still find several high class accommodation options in the vicinity of Mavrovo Ski Center, such as Hotel Radika. You can rent ski equipment or motor ski sleds at the hotle, and after a day on the slopes, you can enjoy the sauna, hot tubs, and steam bath. Turkish hammam treatments and massages are also available onsite. 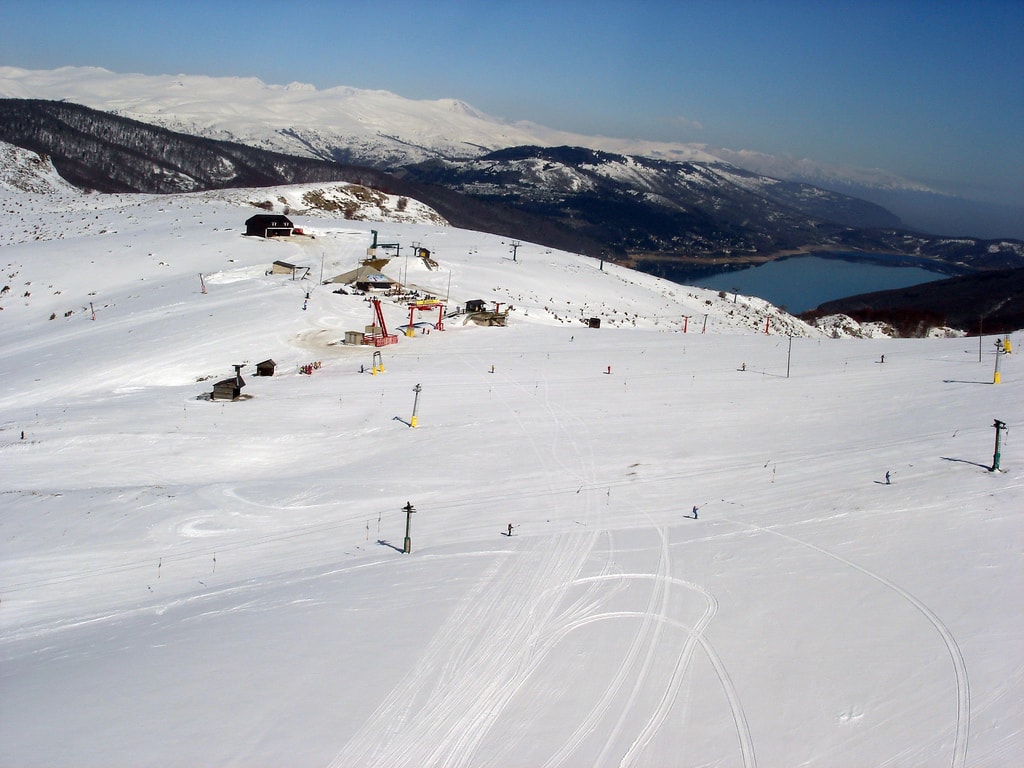 The views from the slopes are magnificent at Mavrovo | © vesnamarkoska/Flickr

A ski resort in Croatia? If you though Croatia only offers beach resorts, you are in for a pleasant suprise. Admittedly not the most glamorous or the largest ski resort, Sljeme still offers a fun way to spend a couple of days on the mountain which overlooks the Croatian capital city of Zagreb. Although you can stay in a hotel on the mountain and basically ski in and ski out, you can also opt to stay in Zagreb and enjoy a pulsing nightlife which can not easily be rivaled by any other ski resorts in Eastern Europe. Dont miss Boogaloo, a large club with a capacity of 1,500 people, offering live DJs, retro parties, and live acts.

Borovets is one of the nicest and most modern ski centers in Eastern Europe, offering easy access to services for English speakers and sophisticated apres ski bars and lounges with craft cocktails. You can choose from alpine skiing, snowboarding, ski running, freestyle skiing, and ski touring at Borovets. A total of 24 marked ski trails plus some off piste areas for advanced skiiers bring the total area of the ski resort to an impressive 58 kilometers. Skiiers of all levels will find suitable runs at Borovets. It takes less than two hours to travel via public transport from Sofia, making it an even more budget friendly destination. Nearby, you can also visit one of the oldest and largest monasteries in Bulgaria, the Rila Monastery, which is included in UNESCO’S World Cultural Heritage List 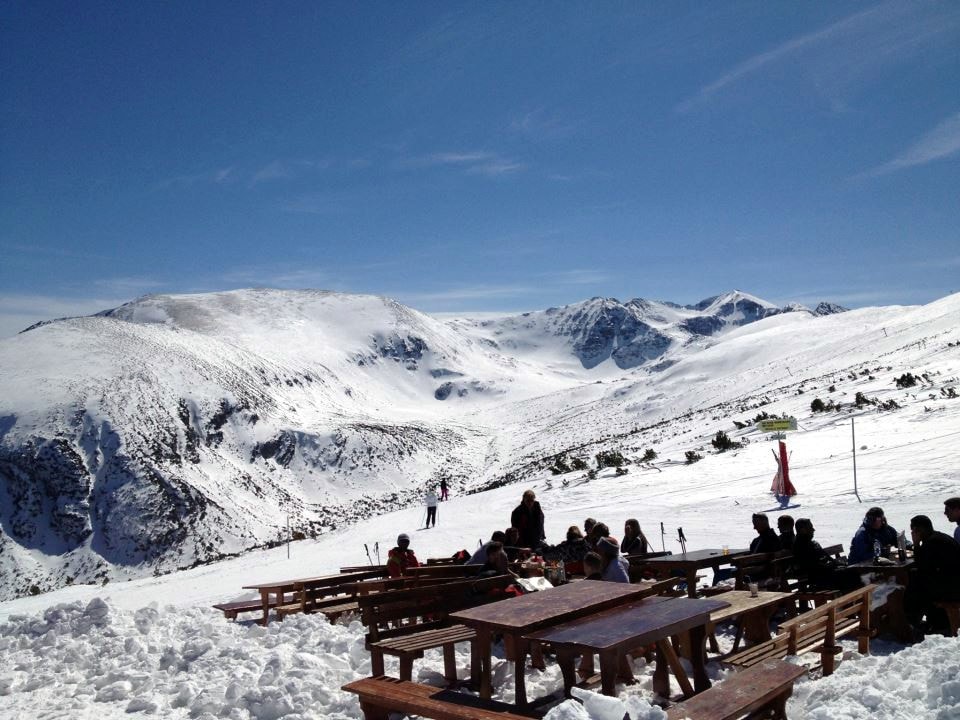 Gorgeous views await on the slopes at Borovets | © summonedbyfells/Flickr

Zakopane is informally referred to as the “winter capital of Poland”, thanks to its high concentration of beautiful ski centers. Choose from Kasprowy Wierch, Nosal Ski Station, Szymoszkowa Ski Station, or the Harenda Family Recreation Centre. No matter which of these four resorts you choose, you will either be flying down pistes in the High Tatra Mountain Range, or admiring a lovely view of the Tatras as you navigate the slopes. Harenda offers a full service resort with equipment rentals and a skating rink. If considered individually, the resorts surrounding Zakopane might be thought of as quite small, but if considered collectively, there are enough slopes to entertain skiiers for at least a week. Zakopane is also well know for being beginner friendly, with several easy trails for those learning to ski for the first time, or the first time in years! 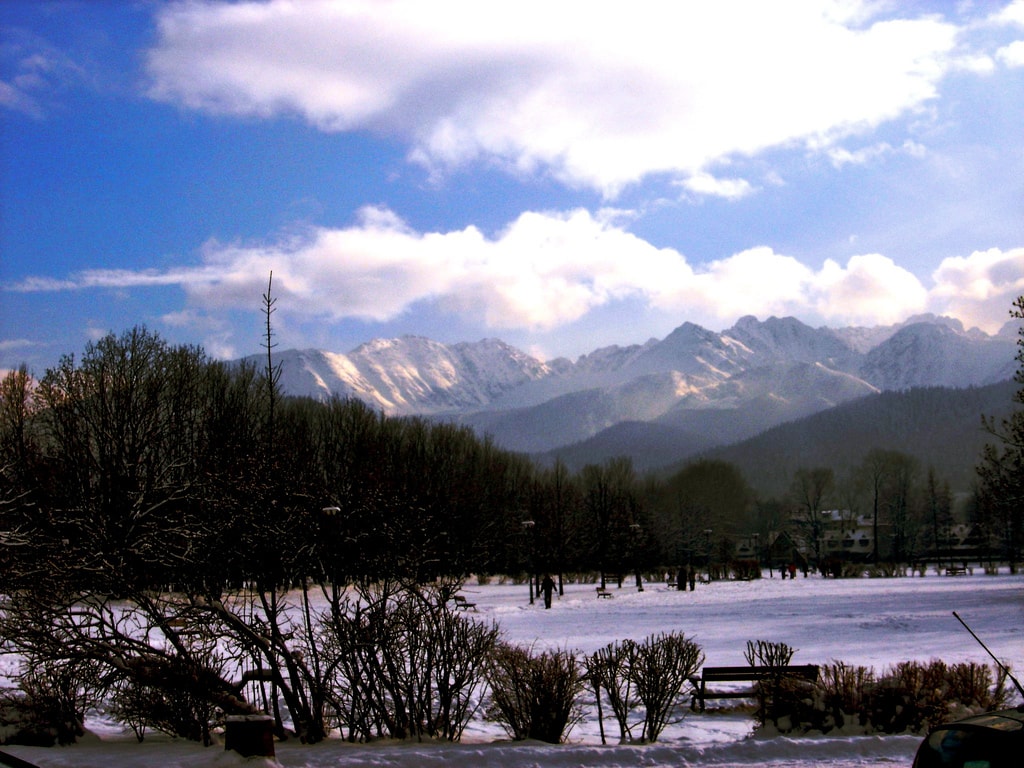 Ski Resort, Sports Center, Park
Enjoy a winter wonderland at Vogel Ski Resort | © GubaSokyRabko/WikiMediaCommons
Just south of the Austrian border, Vogel Ski Resort offers well maintained and groomed slopes for all levels of skiing from December until April. Vogel offers a designated childrens area and a park with lots of jumps for adventurous skiiers and snowboarders. A popular draw at Vogel is the winter tandem paragliding, with breath taking views over the Triglav National Park. Don’t miss the annual New Years Eve celebration at Čuk bar at the upper cable car station. You can dance the night away under the stats amidst the sparkling white snow! Although Vogel is arguable located in Central Europe, it shares the Eastern European features of having great prices on lift passes (only 30 euros for a full day pass) and an undiscovered feel!
More Info
Open In Google Maps
Ukanc, Bohinjsko jezero, Radovljica, 4265, Slovenia
+38645729712
View menu
Visit website
Visit Facebook page
Send an Email
Give us feedback

Jasna is the largest ski resort in Slovakia, located in the center of the country in the Low Tatra Mountain Range. Jasna enjoys amazing views over the smaller mountain ranges to the south and toward the impressive High Tatras in the north. You can ski both north and south sides of Chopok, the highest peak in the resort at 2,024 meters. Several hotels, bars, and restaurants are located directly on the slopes, so you will never need to drive or take the bus into town if you don’t want to. We bet you will want to check out nearby Tatralandia, Slovakias largest water park featuring many thermal pools and saunas to relax your tired muscles after a couple of days on the slopes. 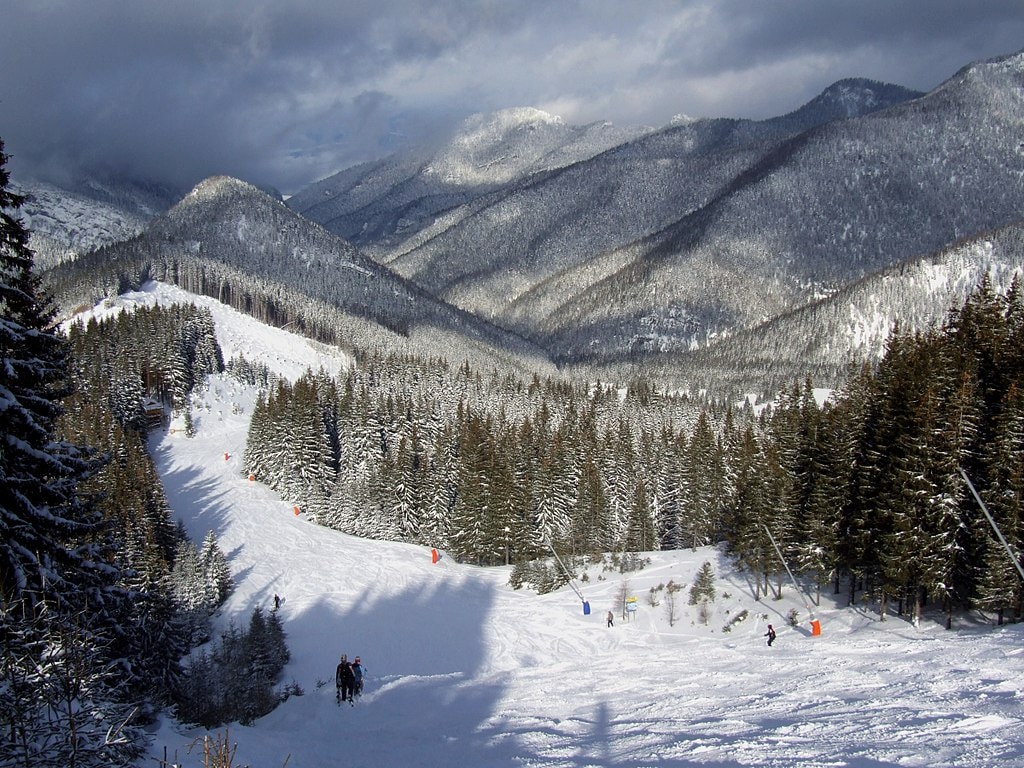 Jasna Ski Resort offers beautiful views on both the north and side of the highest peak, Chopok | © Pudelek/WikiMediaCommons

Located in northern Moravia, Cervenohorske Sedlo is one of the best equipped ski centers in the Czech Republic, with favorable conditions from December through March. After navigating the more than five kilometers of beautiful trails, you can sleep in the Hotel Cervenohorske Sedlo, which is located directly on the slopes for easy ski in, ski out access. The hotel also has a sauna and a restaurant, so you never need to leave the tranquil resort.