Top 11 Things to Do in Užice, Serbia 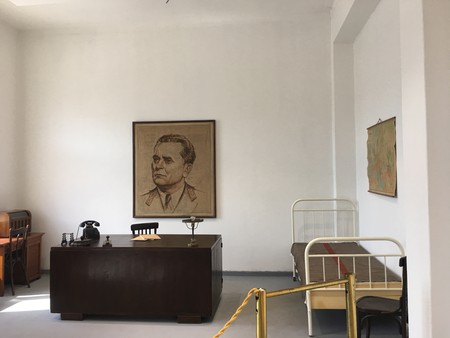 While it may be tempting to rock up in Užice and let your gluttony reign supreme, the town in the west of the country deserves more than that. This is a town with culture, history, character and more that has a unique story to tell.

There is something special about Užice. The combination of tangible history and intangible charisma isn’t unique to the city, but the humour with which it is presented helps the town stand out amongst its contemporaries in Serbia. Whether you want to laugh, cry, feast or simply relax, you can do so in Užice.

Dive into the town’s rebellious history

World War II was particularly grim in this part of the continent, as the major powers pit brother against brother and village against village. Yugoslavia was quickly overrun by a variety of forces, but it was the little region around Užice that began to fight back. The Republic of Užice may have only lasted 67 days, but it was the first liberated territory in Europe during that bloody conflict. The city’s National Museum has an excellent exhibition dedicated to the short-lived republic, although it is worth getting a guide to make sense of the madness. 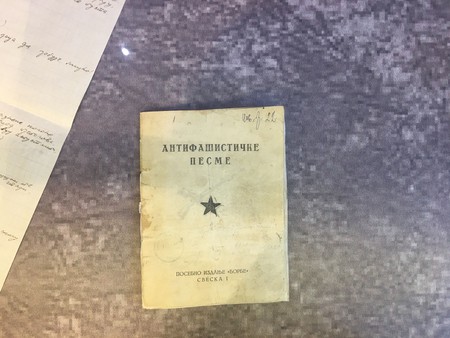 Catch some sun at the beach

Užice may be located over 300km (186mi) from the nearest sea, but that doesn’t mean the city is without the pleasures of the beach. The town made the decision to bring the coast to itself, and the course of the Đetinja river was altered in the ‘50s to do just that. Užice’s City Beach is now one of the most popular spots in town when the sun is high, a hub of equal parts energy and tranquility. 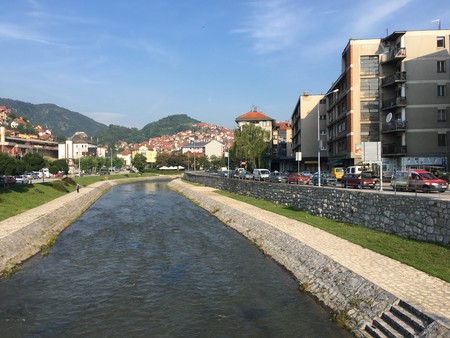 Go back in time at the Old Town

The Old Town in Užice is absolutely deserving of the term, seeing as it is a comprehensively ruined 13th-century construction sitting high on top of a hill. It is possible to walk up to the ruins, and the location is nothing short of majestic. Even if medieval history isn’t your thing, the vistas on offer are enough to jolt even the most curmudgeonly of souls into life. 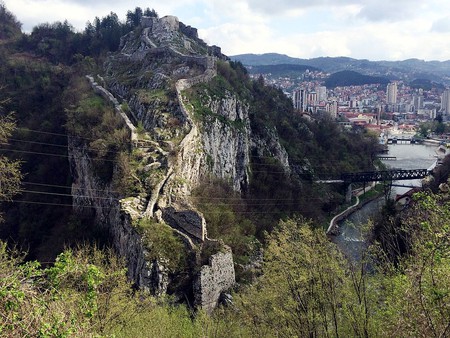 Another part of Užice’s excellent National Museum is the underground tunnels, small passages that were mostly used for the construction of weapons during World War II. Much of the early Partisan war success was thanks to the tireless work of men and women in these tunnels, many of whom sacrificed their lives for a freedom that they would never see. This isn’t for those who struggle in tight spaces, but no clearer indication of wartime struggle is accessible in Užice. The largest statue of Tito in what was once Yugoslavia is also found here. 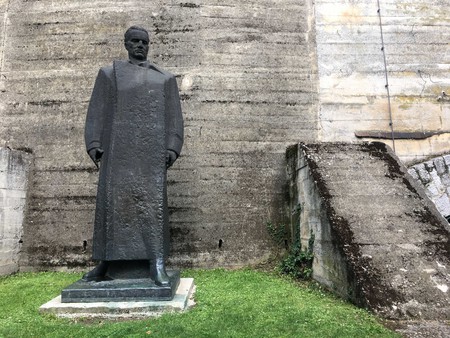 Užice isn’t what we would traditionally describe as a ‘beautiful’ town, but the main square was frequently lauded as the most delightful in all of Yugoslavia. It is unlike any other in Serbia, a vast plaza that seems to come out of nowhere before dominating all before it. Life in Užice revolves around Partisan Square, and your time in the city will more than likely do the same. 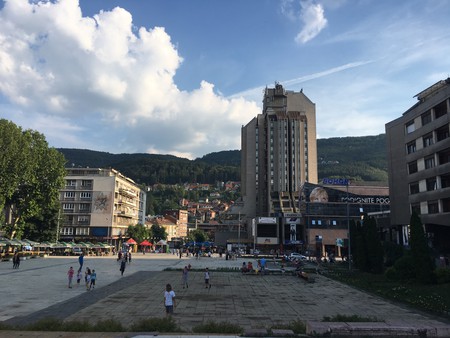 Get confused by the town’s architecture

Serbia’s near half-century of socialism saw concrete come into fashion, and the country is left with a legacy of monolithic monstrosities from Subotica down to Vranje. Užice doesn’t escape this, but its roster of humongous brutalist buildings seem to be imbued with a sense of character and charm. This is a town where 19th-century churches and galleries are backdropped by 20th-century examples of socialist might, and it makes for an exhilarating aesthetic. 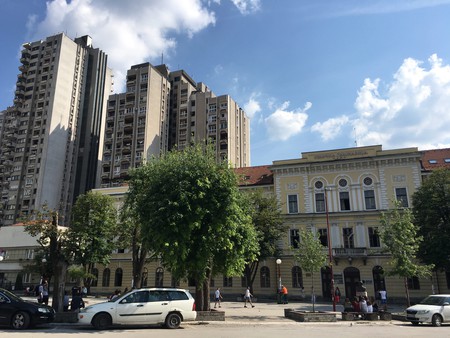 Gorge on Serbia’s most decadent dish

Serbian cuisine is extravagant at the best of times, but Užice takes the cake with its traditional komplet lepinja. Also known as lepinja sa sve (‘bread with everything’, basically), the dish is very much an example of putting everything you can into the bowl to create a magnificently filling food. Pita bread acts as the base, on which is lathered eggs and kajmak, before the finishing touch is added in the shape of the juices left after cooking meat. No, your eyes aren’t deceiving you. There is no actual meat involved here, just the dripping leftover fat. The calorie count is very high, but this is a true local tradition that must be tried.

Experience the magic of Mokra Gora

A short drive from Užice is Mokra Gora, one of the most enchanting areas in the entire Balkan region. The Šargan Eight railway may well be the main attraction, an adorable little railway that is one of the architectural wonders of Serbia. Drvengrad is another charmer, a small wooden town designed by the enfant terrible of Yugoslav cinema, Emir Kusturica. When combined with the natural splendour of the area, this is one of the best day trips in all of Europe. 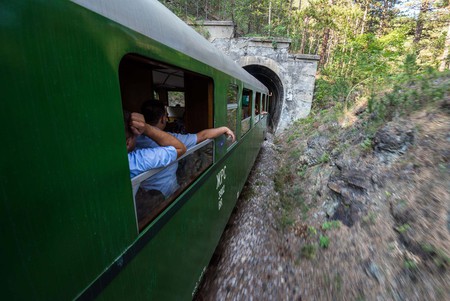 Pay your respects at Kadinjača

Sticking with the day trip theme, the memorial park of Kadinjača is found just 14km (about 9mi) from Užice. A typically sombre place, the park is centred around one of the most iconic memorials in the entire region, a monument paying respect to those who lost their lives defending the city from the onslaught of German fascism in World War II. It isn’t a fun one, but it is certainly impactful. 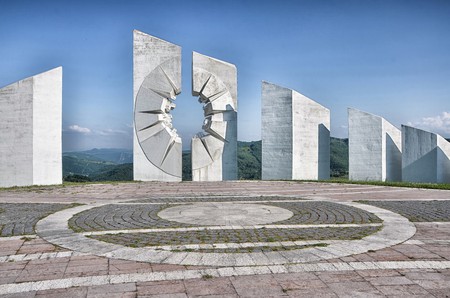 Dance the night away at a local festival

Užice is a town of celebration, and not a month seems to pass without a major local festival taking place. Whether it is adrenaline junkies jumping from bridges in July, the International Tamburitza Festiva in May or even the motorcycle madness of September, there is always something going on in Užice. November’s Theatre Festival may be the best of the bunch.

Witness the town’s innovation and chutzpah

The world now remembers Nikola Tesla as a genius who transformed the planet, but the great Serb’s ideas weren’t immediately embraced by all and sundry. Užice was actually the first town in Serbia to implement his AC electricity, and construction on the hydroelectric power station began in 1899. It was the first of its kind in the Balkans. Visitors can see the station, which is still active today and has a statue of Tesla standing outside.