The Serbian Fashion Designers to Know About This Year 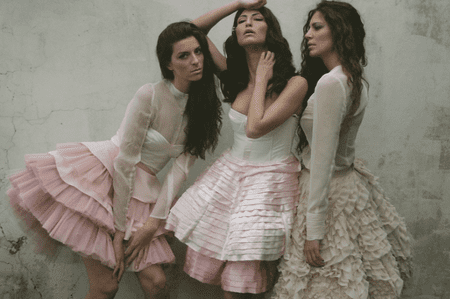 Ahead of Serbia Fashion Week, Culture Trip surveys the Serbian fashion scene and brings you the most exciting talent working today.

For western audiences, Serbian fashion is a relatively unknown entity, but it shouldn’t be. As this year’s event shows, the range and scope of talent from the country is impressive. Within the country, designers are marrying traditional craft with dynamic new visions in both mens and womenswear, offering everything from the very avant-garde to the infinitely wearable. And with new initiatives such as the European Fashion Talent Design Competition taking place during Serbia Fashion Week to continue fostering new designers, it looks as though Serbia will only grow as a locus for experimental fashion and striking design.

Serbian photographer Jovana Mladenovic noted in a recent interview that after the break up of Yugoslavia interest in the culture of the region lessened as people had other things to focus on. However almost 30 years later, this is no longer the case. Culture Trip brings you the Serbian fashion designers you need to know, now.

Having graduated with a masters in Fine Art from the Academy of Belgrade, Ana Vasiljevic has been busy growing her own label since 2005. Alongside her own creative endeavours, the designer has worked for larger labels and as an editor and stylist for Bazar magazine. Her collections are minimal and functional, marrying sculptural, geometric silhouettes with muted colour palettes.

With a tendency towards the surreal, Marko Marosiuk’s designs capture the imagination and immerse wearers in the designer’s mini fantasies. Regularly playing with volume, Marosiuk uses a rich array of materials, from crochet and knit to layers of tulle. A graduate of the Academy of Fine Arts in Belgrade, Marko specialised in costume design first, rather than fashion, and the flamboyant edge has certainly remained.

Loud, bold and proud, Bata Spasojevic’s designs are nothing if not individual – an approach that informs all facets of his brand and design. With Spasojevic one can expect voluminous silhouettes, married with a touch of urban grunge across both his mens and womenswear designs.

Menswear designer Milica Vukadinovic is known for her confident tailoring and defined vision of masculinity. Working with geometric design, her work is distinctly graphic in its nature – it’s about finding a modern vision for menswear that often defies convention and expectation.

Graduating from Belgrade’s Faculty for Art and Design in 2013, Djuric is relatively new on the Serbian fashion scene. Her label focuses on material, creating sporty, futuristic pieces in leather, Lycra and viscose. Covet if you are a major Matrix fan looking to revive the style – and the attitude – for 2017. Alongside these fierce pieces, Djuric also offers a brighter range of modern, easy to wear dresses and skirts.

A tango dancer as well as a fashion designer, Marina Micanovic is a fashion designer that puts self expression at the heart of her designs. Having graduated from the Italian Accademia del Lusso in 2014, Micanovic has always focussed feeding her passion for dance into her clothes, and considers fashion to be a primarily artistic medium. Collections experiment with texture, imagining items in architectural terms, to exciting effect. Expect fringing, woven materials and bright colours aplenty.

At 21 years of age, Stefan Ristic is undoubtedly an exciting star in the industry. At 19, Ristic caused controversy with a collection that was accused of promoting Satanism at Serbia Fashion Week. Since then he has continued to produce captivating collections, marrying romantic and gothic aesthetics.

Founder of the VR brand, which she launched in 1999, Verica Rakocevic is one of Serbia’s most famous fashion designers. Designs are classic and elegant, with an emphasis on delicate detail – Rakocevic has a knack for embroidery.

If you’re looking for statement jewellery from Serbian designers, then a stop at ELM jewelry is a must. Launched in 2009, Milosevic focuses on creating unique pieces made from rare materials – pearls and crystals strung together on bits of silk and delicate chains. The designs are geared towards individuals who are energetic and confident, looking for a signature finish for elegant evening wear or to dress up more casual staples.

A post shared by Zvonko Markovic Couture (@zvonkomarkoviccouture) on Dec 11, 2016 at 1:39pm PST