The Power of Performance: The Art of Marina Abramović 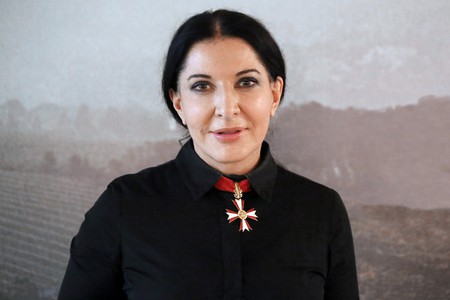 Widely regarded as one of the most prominent female contemporary artists, Serbian-born artist Marina Abramović offers provocative performances, pivotal to a discussion of modern art.  

Abramović began her career in the 1970s, with a series of performances which the artist entitled Rhythms. A total of five performances made up this body of work, with each exploring the physical and mental boundaries of the human body.

Perhaps the best-known of these performances is Rhythm 0, which was the last of the Rhythm series, performed in 1974. During this six-hour performance, Abramović invited members of the audience to interact with the artist using any of 72 objects laid out on a table. The audience treated Abramović gently to begin with, but as time went on the interactions became increasingly aggressive, with one audience member even pointing a loaded gun at her head.

Rhythm 0 drew on other renowned performances by female artists, such as Yoko Ono’s Cut Piece from 10 years prior, and would set the precedent for Abramović’s later works as she continued to test the limits of the corporeal and the cerebral, both as an individual and in the hands of others.

In the late 1970s and throughout the 1980s, Abramović worked in collaboration with West German performance artist, Uwe Laysiepen, or Ulay. Together Abramović and Ulay continued some of Abramović’s earlier explorations as well as the concepts of ego, identity and consciousness. One of their most iconic works was Rest Energy, made in 1980. During this performance the two artists balanced against either side of a drawn bow and arrow, with the bow pointing at Abramović’s heart.   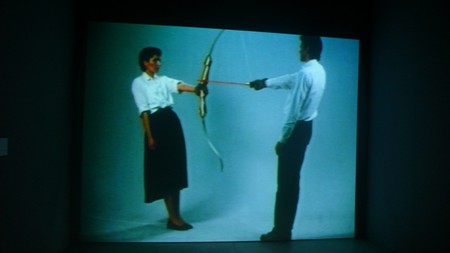 In the spring of 2010, New York’s Museum of Modern Art held a major retrospective of Abramović’s work, entitled The Artist is Present. Abramović performed a piece of the same title for the 736-hour and 30-minute duration of the exhibition. For this performance, the artist sat unmoving in the atrium of the museum whilst spectators took it in turns to sit in silence opposite her.   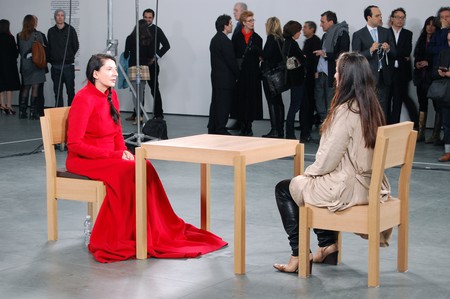 Abramović continued the theme of durational performance in the summer of 2014 at the Serpentine Gallery in London with Marina Abramović: 512 Hours. As in The Artist is Present, audience members would enter into a space with the artist for the 512 hour duration of the performance, this time leaving personal possessions behind. Abramović would then use the audience, along with a small number of props, to create the performance. Once inside, Abramović would lead visitors in a varying range of activities from simply staring at the wall to counting grains of rice, all with the aim of encouraging visitors to put down their phones, cameras and other distractions and to live in the moment.

Over the years, her iconic performances have secured her position in art history and popular culture alike, and with the coming release of The Space in Between – Marina Abramović and Brazil, she looks set to continue on this path.   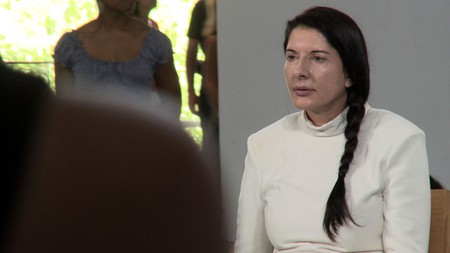 The Space in Between – Marina Abramović and Brazil is directed by Marco Del Fiol and will premiere at SXSW in March 2016. Catch the trailer for it here.