The Impossible Lives of the Roma in Serbia 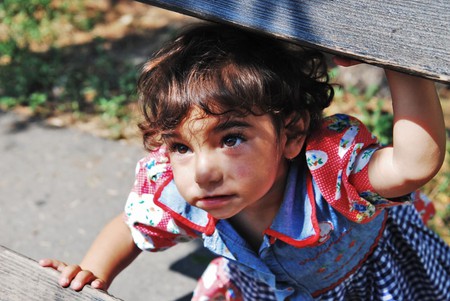 A Roma girl is playing and hiding on a wooden bench, Belgrade, Serbia. | © goran cakmazovic / Shutterstock

The overwhelming majority of the Serbian population has had a tough time of things since the fall of socialism, but no group has had it harder than the Romani of Serbia. The country’s third largest ethnic group has an overwhelming and seemingly impossible mountain to climb just to exist, let alone thrive.

Roma have been living in the Serbian lands for centuries, with the first documented mention of the ethnic group in 1348. It was a depressingly grim beginning too, as that mention was of then-Emperor Dušan the Mighty donating a large number of gypsy slaves to Prizren. Serbia was experiencing its ‘glory years’ at the time, but no such glory awaited the Roma.

There were slight flutters of optimism at the beginning of the 20th century when a number of official organisations began to spring up around the country to try and help the Roma. In 1927, a humanitarian organisation was followed by a singing society in Niš a year later. A football club came in 1932, three years before the first official Romani newspaper in Belgrade. It seemed like things were on the up, but World War II came around and halted any progress. The Romani suffered major discrimination at the hands of the occupying Germans, and things haven’t improved since.

A Roma girl is playing and hiding on a wooden bench, Belgrade, Serbia. | © goran cakmazovic / Shutterstock

The Kosovo exodus and further complications

The Romani population of Serbia rose dramatically during the Kosovo crisis in 1999, as thousands fled the violence in separatist provinces and headed north in hopes of a better life. The increased number of Roma in Serbia almost immediately led to a rise in crime against them, a wave that reached its apex when a group of skinheads beat 14-year-old Duško Jokanović to death in Belgrade in broad daylight.

Not every Roma that moved to Serbia from Kosovo suffered physical violence, but the overwhelming majority found themselves entering into a bureaucratic nightmare that still plagues the population today. Many moved north without documents, or at least without documents that were recognised by the Serbian state. They were at the mercy of the system. 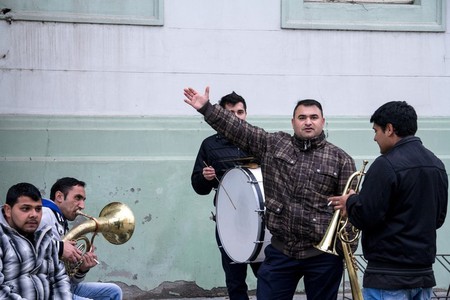 And the system had no interest in helping them. Without the proper documentation, the Roma were not and are not able to receive the social benefits that come from being a Serbian civilian. They can go to school, but they cannot receive diplomas. They have no access to healthcare, employment and legal structures.

According to the system, they are a legally invisible people. It is a state of affairs that doesn’t just impact those already here. Many Roma women are afraid to give birth in the hospital due to fear of poor treatment, so children are born at home and go undocumented. Drug abuse is rife, as many look for a momentary escape from this difficult existence.

The problems for the Roma aren’t just bureaucratic. The bigger issue comes in the shape of almost constant discrimination and all-too occasional violence.

Roma children are subject to bullying in school, and a distressingly large percentage drop out at the first possible opportunity. The statistics drive that fact home in a depressing manner. While 80% of Roma children start schooling, only 21% continue through to secondary school. This number seems even smaller when you take into account that the national average is 89%.

The Roma also live with the constant fear of seemingly random evictions in the big cities. Many find themselves living in makeshift cardboard cities and slums, a painful consequence of their social ostracisation. In early April 2009, a large Romani community was forcibly evicted, but nobody bothered to tell the residents beforehand. They found themselves living in makeshift containers, but unhappy elements in that particular neighbourhood set fire to many of them before the Roma arrived. 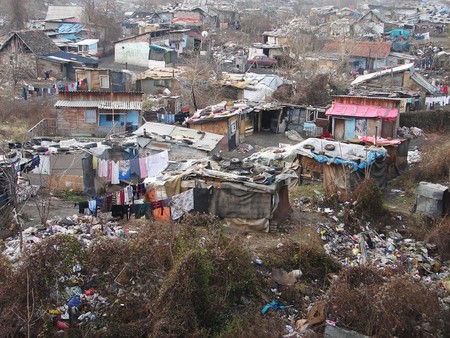 A light at the end of the tunnel?

Let’s forgo that cautiously optimistic heading; there appears to be no light at the end of the tunnel. Not yet anyway. Things have improved over the past few years, starting with a new law in 2011 that allowed those without a legal address to claim the local social welfare centre as their place of residence. A number of new laws have come into practice that aim to help the Roma, but almost all of these exist only on paper.

They have been put into place by the Serbian government to give the impression of change and development, and tick the boxes required of the state by the European Union to accelerate the state’s ascension into the EU ranks. It isn’t all one way either, as the EU hasn’t emphasized that these laws should be put into practice as opposed to mere theory.

Things are supposed to be improving, but they aren’t. In Belgrade, 75% of the Roma living there are doing so without an adequate sewage system. Almost 70% don’t have access to safe drinking water. It is a miserable state of affairs, yet one that is seemingly accepted by most. People are more and more willing to fight the cause of the minority, but one community that still needs people to stand up for them is the Roma.