The Best of Serbian Popular Music 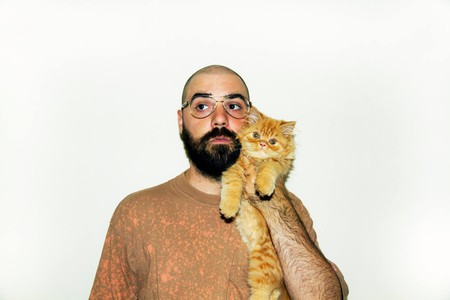 It isn’t one of the first things you associate with the country, but Serbia has had a thriving music scene for as long as memory serves. There’s a whole lot more to it than the miserable nationalist strains of turbo folk, too. Yugoslavia had an extremely underground rock scene, and that tradition has carried over into the largest successor state. Everyone will have their preferences, but here are some of our favourites in the modern Serbian musical landscape.

A solid rock band formed in Belgrade in the middle of the 2000s, Repetitor have evolved from spiky upstarts into one of the most consistent and respected Serbian bands on the scene today. The trio are in many ways the spiritual successors of the vibrant Yugoslav punk scene, albeit with an undeniable nod to American punk bands like The Stooges. Their live shows also happen to be absolutely magnificent. 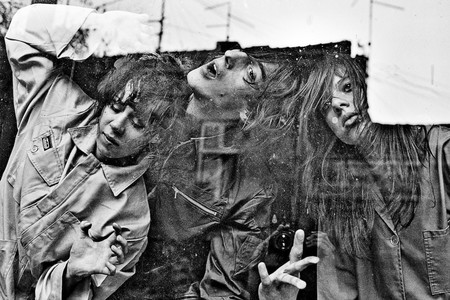 From young upstarts to some veterans of the scene, Jarboli formed in 1991 and have gone from strength to strength ever since. We once saw them in Belgrade’s much-missed Gun Club, and while the three-hour encore could be described as a little excessive the show itself was an energetic run through a veritable feast of genuine classics. The iconic mix of angular guitars and busy drums very rarely misses. 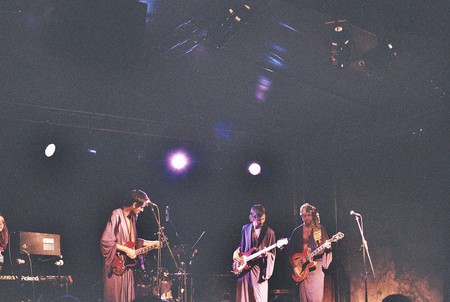 Formed from the ashes of Šrlo Akrobata, Disciplin A Kitschme have been knocking down musical boundaries since releasing their first album in 1983. The quartet builds their unique sound around the rhythm section, adding unadulterated aggression through other instruments, vocals and lyrics to create something different every single time. They simply don’t sound like anyone else.

Modern life can be somewhat exhausting, and the electronic pop of Ensh goes a long way to expressing such sentiments through beats and melodies. Milenko Vujosević moved back to Belgrade a few years ago with the intention of creating music, and boy did he succeed in that. Singing in both English and Serbian, Ensh does better than most at straddling east and west in that most peculiarly Balkan way. For those looking for an inviting passage into the world of Serbian language music, look no further than Ensh. 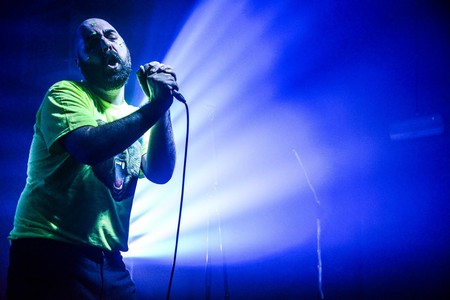 The glory and splendour of an Ensh live show | © Ensh/Facebook

The word ‘icon’ springs to mind when conversation turns to Bajaga i Instruktori, and we’re not just talking about Momčilo Bajagić’s famous and much-imitated pose. The band actually started as an outlet for Bajagić to release some poppier songs that didn’t fit into Riblja Čorba’s sound, and everything just sort of snowballed from there. The success of this side project saw Bajagić get kicked out of the punk band, but he wasn’t down for long. One of the true superstars of Serbian rock and roll, Bajaga is still selling out shows today. 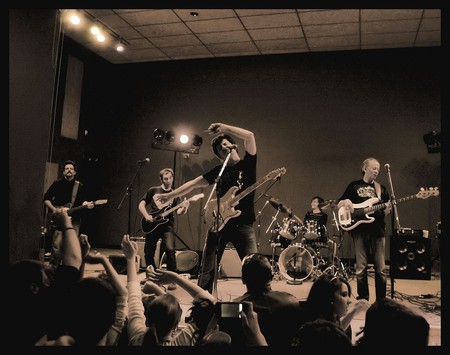 Talk about polar opposites. Milan Jovanović spreads his time between two very different musical outlets, in the shape of the instrumental sludge metal duo Tidal Yield and the acoustic project that carries his own name. The latter has seen two albums released over the past few years, two collections of beautifully crafted acoustic songs dealing with the troubles of parenthood and a whole lot more. This is music for the everyman, provided the everyman is extremely tall. 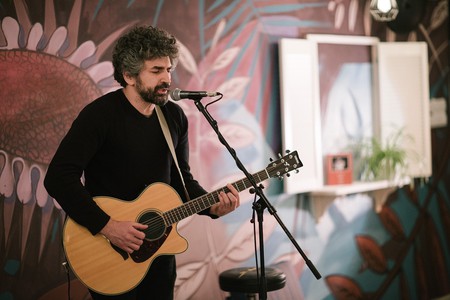 A psychedelic indie rock duo of Macedonians who met in Belgrade, Ti overcome their almost unsearchable name through the strength of atmosphere and tunes. There is a shoegaze element to Ti’s sound, albeit shoegaze without the awkward contradictory mix of self-indulgence and neurosis. These guys have a confident sound to go with equally vibrant live shows.