The Best Markets in Belgrade, Serbia 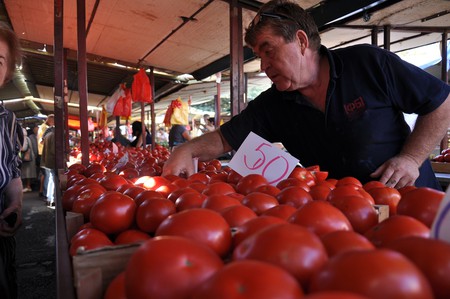 Tomato fans are going to be in some serious luck. | Linda Pavlovic/Flickr

The state of markets in Belgrade is a peculiar one to say the least. Serbia is known as a veritable paradise for lovers of fresh fruit and vegetables, and many guides to the capital wax poetic about the green markets of the White City. Those visiting in a state of excitement can then be forgiven for being a little disappointed. Belgrade’s markets are fine, absolutely fine. But there is a prevailing feeling that they should be better than they are. This is everything you need to know about markets in the big city.

The biggest and most popular green market in the city, Kalenić is located in Vraćar not too far from the Church of Saint Sava. The market is a maze of stalls in a blaze of colourful fruit and vegetables, a little world within a world within the city. It isn’t simply for food, of course, as everything from clothes hangers to tea to shoes can be found, provided you are patient enough to find it.

This is how markets should be. At times it is a little disorientating and the frantic nature of its busiest times make for an experience as frustrating as it is invigorating. But that is life in Belgrade. There are no thrills to be found at Kalenić, but there are plenty of peppers, plums, and peaches. 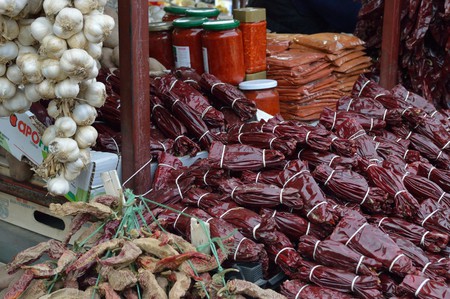 At the very end of Skadarlija lies Bajloni market, the produce provider for Dorćol and the surrounding area. The usual hodgepodge of goods are available here and you’ll find as much vintage headwear as you will apples and pears. The market is actually divided into a number of parts but visitors shouldn’t really pay much attention to this. Just go, walk around, and marvel at the sheer scope of lightbulbs and grapes on offer.

The area around Bajloni is particularly interesting, with a number of cute merchant houses standing proudly behind the stalls and the sounds of the market.

Zeleni Venac (‘Green Wreath’, to you English speakers out there) doubles up as one of Belgrade’s main transport hubs, with many city buses starting or ending their routes here. As such it is always a hub of activity at all times of the day and night, but the real business takes place early in the morning. The Stari Grad area was initially supposed to house the National Theatre, but the ground was too marshy for the structure to be built.

Zeleni Venac is the oldest green market still working in the city, celebrating its 170th year in 2017. It is worth visiting as much for the history as it is for the produce, because in many ways it tells the story of modern Serbia. The name comes from a kafana that was once open, although in its place today is a branch of McDonald’s.

The Beobanka building stands opposite the market as well – a monolithic skeleton of a building with a controversial history. 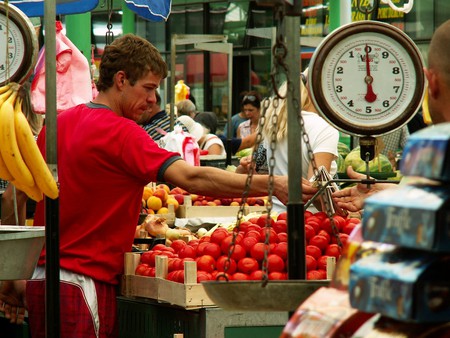 With that in mind, visiting Zemun is like visiting an entirely different town. The market here services the town, and anyone looking to pick up some wild fish needs to make a beeline for it. Zemun’s market is a stone’s throw from the Danube, and many fish plucked from Europe’s silver medal river are on offer here.

We’d also be remiss if we failed to mention Zemun’s legendary flea market. Balkan flea markets are legendary and are worth getting up unreasonably early on a Sunday morning to visit. Proceedings begin at around six in the morning and we advise getting there as early as possible. You don’t want to miss out on weird taxidermy and old Yugoslav vinyl. 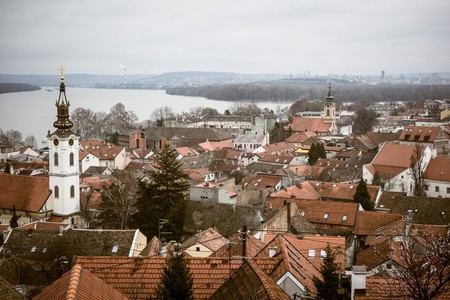 The view of Zemun from Gardoš | © W***/Flickr
Give us feedback