The 7 Best Restaurants in Kragujevac, Serbia 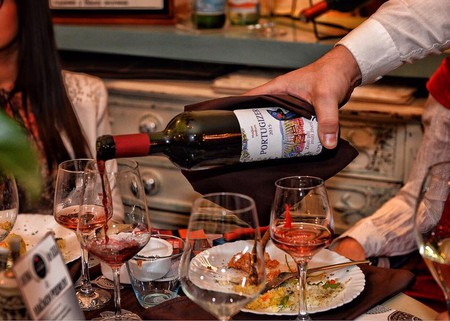 A little bit of class in Kragujevac | © Cantina de Casa

Serbian cuisine isn’t for the weak of stomach, although that is absolutely meant in terms of heaviness as opposed to confusing flavours. Kragujevac is full of interesting restaurants that range from modern European to traditional Balkan via functional socialist-style eateries, with everything in between. 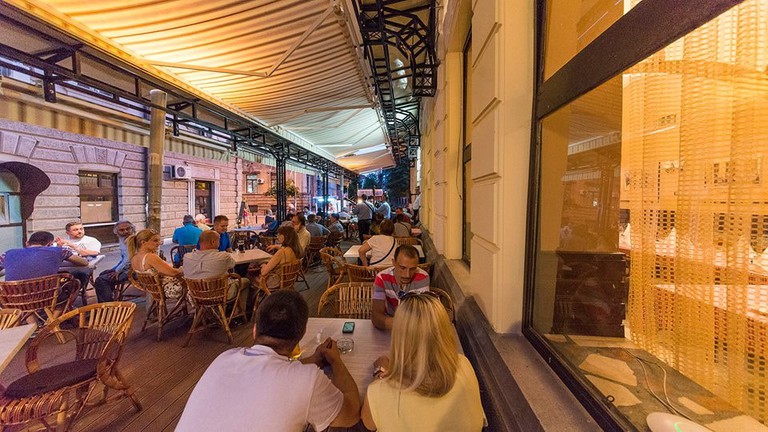 Arguably the most famous restaurant in Kragujevac, the city centre Gradska Kafana isn’t the place to go for pleasantries. The large interior is as vibrant when full as it is soulless when empty, although eating there when the latter is the case conjures up interesting images of the city’s ghost-filled past. The usual Serbian dishes fill the menu, in a restaurant that harks back to a not so distant past. The food is excellent, but it is the stereotypically communist atmosphere that really attracts. 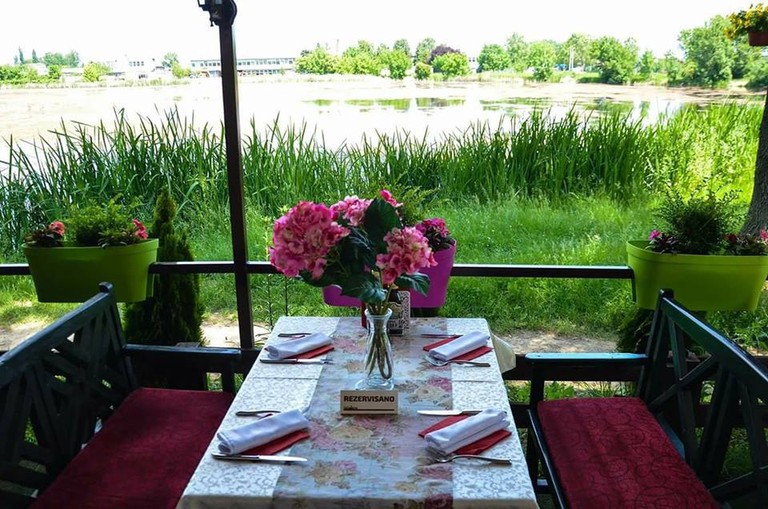 Fancy a spot of dinner by the lake? | © Dvoriste Kragujevac

A popular option not too far from the bus station, Dvorište is situated a stone’s throw from Bubanj lake in Kragujevac. The menu doesn’t offer anything particularly unexpected, but the steaks may well be the best in the city. The combination of succulent meat and a lakeside location is difficult to beat, especially in an industrial city like Serbia’s fourth largest.

As expected from a restaurant whose name translates as ‘Old Serbia’, Stara Srbija offers a window into a Serbia of years gone by. The chequerboard tablecloths are as standard, as are the traditional meals that hurtle out of the kitchen. ‘Hurtle’ might not be the right word of course, as everything takes place at the languid tempo that this country is famous for. This is also one of the best spots in the city to drink a rakija or three, but maybe best to keep that to three.

Open In Google Maps
Karadjordjeva, Kragujevac, Serbia
+38134332262
Give us feedback 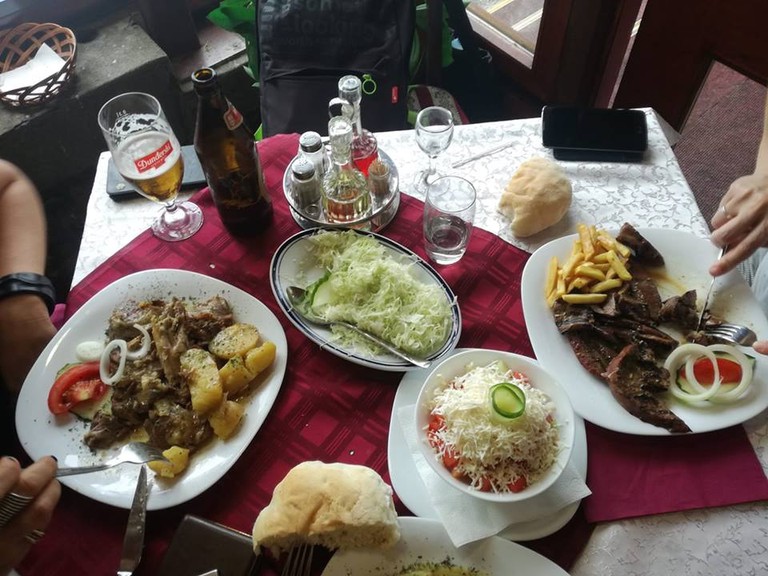 Plenty of meat on the menu at Paligorić | © Kafana Paligorić

A traditional Serbian spot a short walk from the city centre, Paligorić is another great option for anyone looking for grilled meat and a genuine local atmosphere. Don’t expect much in the way of English on the menu, everything is in Cyrillic and those with no knowledge of the alphabet might struggle, but then it isn’t too difficult to say ‘pljeskavica sa kajmakom, molim’. The waiters generally speak English anyway.

A decidedly no frills Balkan grill option, Pink Panter is way more enjoyable than it really has any right to be. Friendly service definitely helps, as does the quality of ćevapi and pljeskavica that makes its way out of the kitchen. There is a very pleasant family atmosphere to the whole shebang too. Fast food might get short shrift from the cultural world, but places like this deserve a lot more respect. 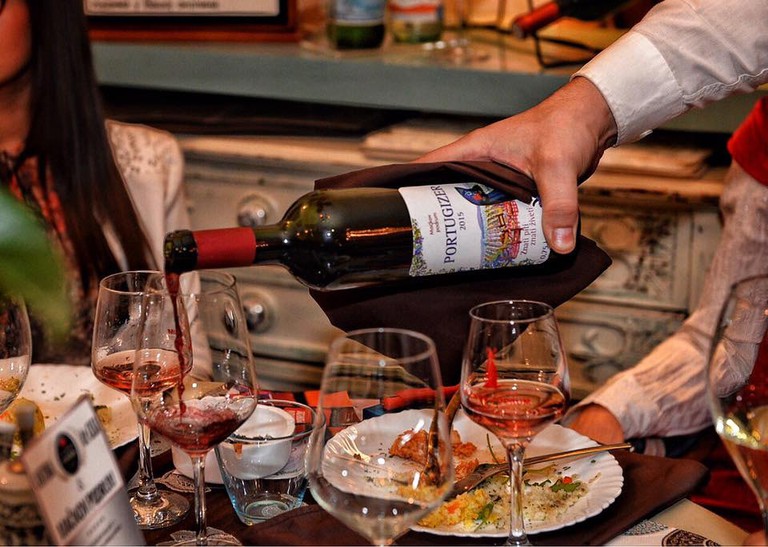 A little bit of class in Kragujevac | © Cantina de Casa

A little bit of class just outside the centre of the city, albeit class that isn’t afraid to show its vintage side. The usual Balkan favourites are on offer at Cantina de Casa, but the delightful restaurant also peddles a fine mix of European and contemporary cuisine alongside it. The furniture is a curious amalgamation of styles and trends from decades gone by, which only adds to the charm. 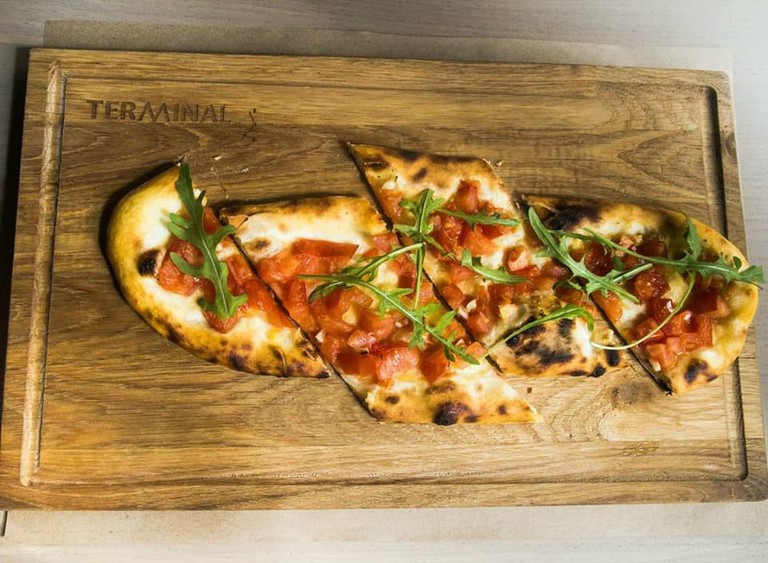 Another new modern spot in the centre of Kragujevac, Terminal 7 foregoes the usual Serbian curiosity in favour of a more European take on things. There is a slight train station theme to it all, as depicted by the artful sketches on the wall and the name itself, but the real inspiration comes from the capital and the bistros of Vračar. They also stock some of the fine Dogma craft beers, to go alongside the burgers, steaks and pizza that make up the menu.

Stylish, Modern, Nightlife
Give us feedback