How To Spend 24 Hours in Sremski Karlovci, Serbia 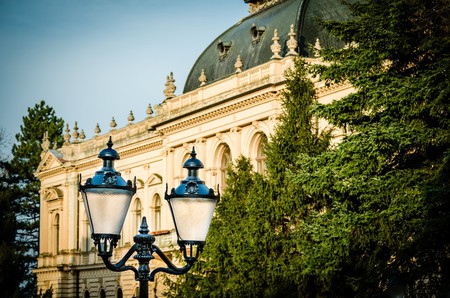 The phrase ‘good things come in small packages’ has been bandied about all too much over the years, but you’ll be hard pushed to find a better example of the intention than the gorgeous Serbian town of Sremski Karlovci. Just over 10,000 people call it home today, but this little town in Vojvodina has been punching above its weight for centuries. This is Serbia’s finest day trip.

Sremski Karlovci is small enough to see entirely by foot, so there’s no need to worry about public transport or finding some wheels. Simply put your shoes on and get walking. Life revolves around the town’s main square, named after the town’s greatest poet. Branko Radičević was actually born in Croatia, but he lived and produced his best work in Sremski. His work extolled the virtues of the simple, accentuating the everyday instead of conjuring up fantastical imagery. Trg Branka Radičevića is the only place to start your tour of the town.

The square is where Sremski’s most famous building is situated. The Patriarchate Court is a majestic piece of 20th century architecture and once represented the seat of the Serbian Orthodox Church in the Habsburg Empire. When the church was reunified in the 20th century it was reduced to summer house status, but its historical importance can not be overplayed. The Museum of the Serbian Orthodox Church is inside, itself a must-visit when in Sremski.

It wouldn’t be unfair to say that the Court’s best days are behind it, but this shouldn’t diminish the experience. The building survived World War II unscathed, but occupying troops weren’t shy about pilfering the magnificent art that once covered its walls. The breathtaking courtyard remains the same however, and may well be Sremski’s most peaceful spot. 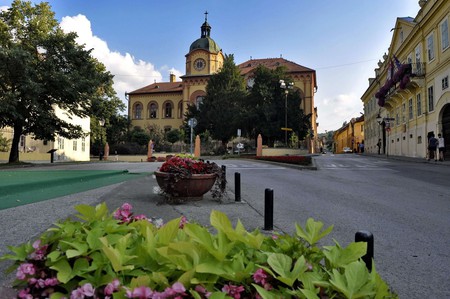 A city of firsts

The square is home to many of the town’s most striking sights, not least the Four Lions Fountain that stands directly in the centre. Completed in 1799, the baroque water feature was designed by Italian architect Giuseppe Aprili and is thought to hold the key to love and life in the region. Drink its water and you’re guaranteed to return to Sremski to marry, if the legends are to be believed.

Sremski’s finest church is also on Branko’s square. The Church of St. Nicholas was once the centre of Serbian life in the entire region, and is widely considered to be one of the finest examples of Serbian Baroque architecture in the entire country. That should be blindingly obvious to anyone that visit the cathedral. Head inside to see some of the finest icons and relics in the region.

Serbia’s first high school is also found in Sremski Karlovci. Visiting a school might not exactly sound like the most enjoyable of tourist activities, but don’t let tortured memories of the schoolyard put you off. This gymnasium is a genuine piece of national history, and it still functions as one of Serbia’s two philological schools. Its library may be Serbia’s most impressive. 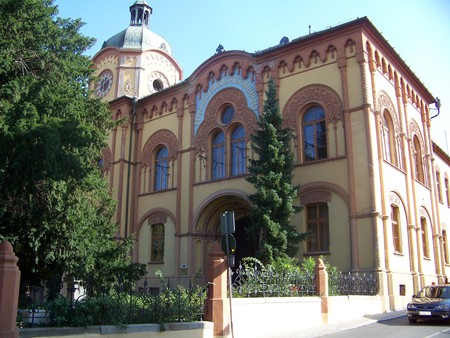 Eat and walk it off

Being a town of less than 10,000 people, Sremski Karlovci isn’t exactly overflowing with restaurants. There are many quality tourist farms (salaš, to be exact) in the surrounding area, but those looking to stay in the town boundaries are advised to head to Bermet Villa, a restaurant that is as opulent as it sounds but nowhere near as expensive as you’d assume. Meat lovers are in for a treat.

You might want to walk off the heavy lunch, so put on the walking boots and make the short pilgrimage out to Branko’s grave. The great poet was buried just a couple of miles outside the town, and a statue of him looking out over town is found on Stražilovo Hill. The peak offers predictably gorgeous views of Serbia’s prettiest town, making it a mandatory stop on any self-respecting Sremski Karlovci tour. 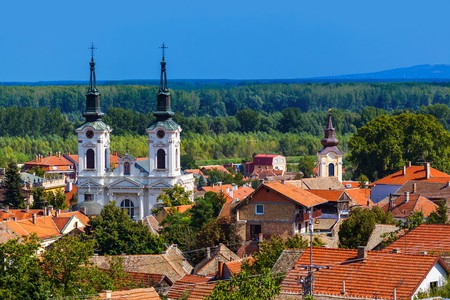 One for the oenophiles

Vojvodina is famous nationwide for its wines, and there’s no better spot in Sremski to experience this than at the Beekeeping Museum of the Živanović family. That isn’t a typo, and the combination of apiculture and winemaking works far better than you may assume. It is open until 7pm, making it a great spot to wind down the day with a few tasters. Oenophiles will be in their element here.

It shouldn’t come as any great surprise to hear that Sremski Karlovci’s nightlife leaves a lot to be desired, but then what does one expect from a tiny regional town? Those looking to extend the day into night via the imbibing of alcohol should make the short journey to Novi Sad, Serbia’s second city and an energetic student centre in the north of the country.

You could always buy a couple of bottles of wine from the Beekeeping Museum, or even see if your hosts fancy a tipple or two as the sun goes down. The odds of them having a mass of domestic rakija are pretty good after all. 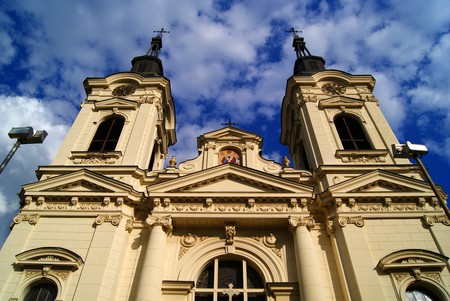