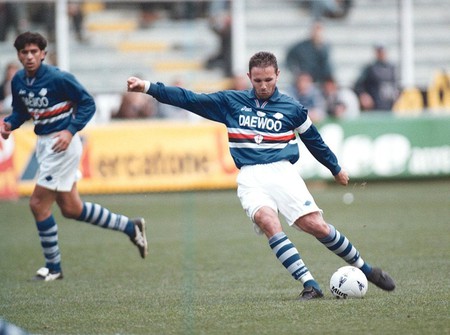 Serbia may have exited the 2018 FIFA World Cup at the first hurdle, but there is cause for optimism moving forward. The national team is more cohesive than ever, and a number of young players are coming through who could one day join the list of these Serbian all-time greats.

Affectionately known to the world as ‘Piksi’, Dragan Stojković is about as legendary as Serbian footballers come. He started his career at his hometown club of Radnički Niš, but it was at Red Star Belgrade that his career flourished. A creative midfielder known for his intricate passing and playmaking abilities, Piksi struggled to make a name for himself at Marseille after a big money move in 1990. He was the long-time captain of the Yugoslav national team however, and his legendary status at home isn’t in doubt. He also scored one of the great manager goals from the bench, during his tenure in charge of Nagoya Grampus in Japan.

Think of all the great players who have played in Italy’s Serie A competition; Zinedine Zidane, Roberto Baggio, Ronaldo, Alessandro Del Piero and more. All incredible players, but all lag behind Siniša Mihajlović when it comes to free kick success in Italy’s top tier. No player has scored more free kicks in Serie A history than the man born in Vukovar. There was more to Siniša’s game than set pieces of course, and the combative defender made a name for himself as a talented but wily competitor throughout his 20-year playing career.

Another talented Serb who found success in Italy, Dejan Stanković holds the honour of being the first (and only) individual to represent three different sides at the FIFA World Cup. That only shows the turmoil that has impacted Serbia over the last 25 years, but the versatile and hard-working midfielder deserves more recognition than he currently receives. A hero at Red Star, Lazio and Inter Milan, Stanković is a two-time Serbian Player of the Year (2006 and 2010).

Legendary football clubs don’t name their stadiums after any old player, which should give you a good idea as to the influence of Rajko Mitić at Red Star Belgrade. Mitić started his career in Košutnjak before making the move to Red Star in 1944, where he spent 14 glorious years. He led the team to five Yugoslav championships, becoming its most recognisable player in the process. A true leader of men, Mitić was the first to receive the coveted Zvezdina zvezda (Star of Red Star) award. 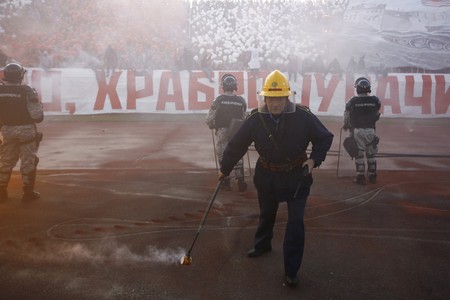 The first superstar of Yugoslav football, Blagoje Marjanović was a goalscoring machine who set the benchmark for all Yugoslav forwards to come. The man known as Moša scored a scarcely believable 575 goals in 566 matches for BSK Beograd (now known as OFK Beograd), along with 37 goals in 58 matches for the national team. Born in the capital, Moša was the first professional footballer in Yugoslavia.

Born in the concrete wonderland that is Užice, Nemanja Vidić is one of the most recognisable Serbian players of the modern era. A hard-as-nails central defender, Vidić spent eight trophy-laden years at Manchester United, winning five Premier League titles along with a single Champions League victory. If the conversation is about best central defenders of the 21st century, the name of Nemanja Vidić invariably comes up. 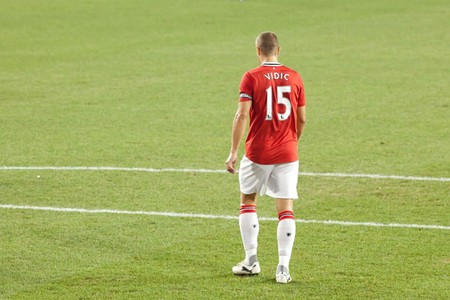 Sticking with defenders, the career of Velibor Vasović was anything but boring. After five seasons at the heart of the Partizan defence, Vasović controversially moved across town to Red Star after being offered a miserly sum of money by the Grobari. The move lasted six months and came with decidedly less than subtle death threats, before Vasović moved back to Partizan at the beginning of 1964. He subsequently moved to Ajax, becoming the first foreign captain in the famous club’s history. 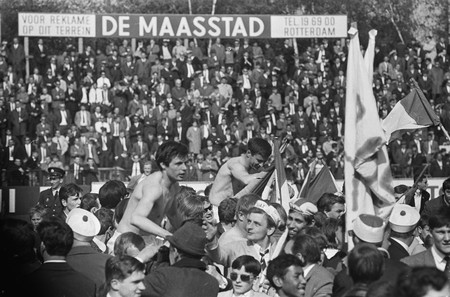 Born in Novi Sad at the beginning of the 1930s, Todor Veselinović went on to become the greatest player in his hometown club’s history. Veselinović scored 123 goals in 170 games for Vojvodina, earning himself a move to Sampdoria in the process. He wasn’t quite the goalscoring success abroad as he was at home, but his legendary status was already assured.

Lev Yashin is widely regarded as the best goalkeeper in the history of the game, but the Black Spider disagreed with that assessment. When asked who he thought was the best number one on the planet, it was the name of Zelovo-born Vladimir Beara that escaped from Yashin’s lips. Known as ‘Big Vlad’, Beara was one of the best shot-stoppers of his era, his athleticism matched only by his bravery. Another nickname was ‘the ballet dancer with hands of steel’, although that is more of a description than a moniker. 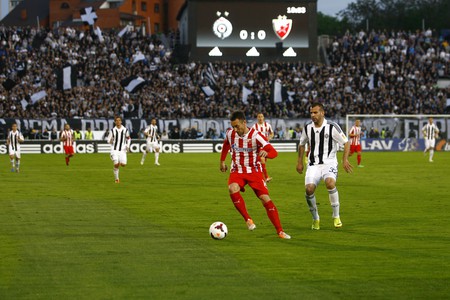 Widely considered to be the first sportsman in Yugoslavia whose fame transcended the world of sport, Dragoslav Šekularac was a controversial player to say the least. He made his name over 11 glorious seasons at Red Star Belgrade, scoring plenty of goals from his midfield role. Juventus famously did everything to try and sign the star, but Šekularac was considered too important to national morale for Yugoslavia to let go.