Nikola Tesla: The Story of Serbia's Most Important Son 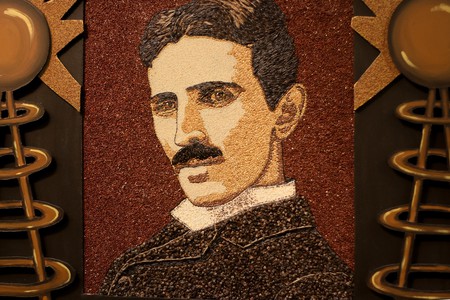 Serbia is an immensely proud nation. When it comes to dragging the world kicking and screaming into the future, that pride excitedly goes up a notch. One man stands tall over all Serbian inventors, not unlike the way that Shakespeare dominates English literature. He wasn’t even born in Serbia, but he made little secret of his Serbian ethnicity throughout a life that saw him move to the United States and gain the nickname of ‘The Electric Jesus’. This is the story of Nikola Tesla.

Nikola Tesla was born in the Croatian town of Smiljan to Serbian parents in 1856, and the midwife who delivered Tesla wasn’t exactly optimistic from the get-go. She famously proclaimed that the newborn was going to be a child of darkness, prompting Nikola’s exhausted mother to correct the nurse and predict that her baby boy was going to be a child of light. Mother Tesla was eventually proved more correct than most.

After studying in Karlovac, Tesla’s education was interrupted by a violent bout of cholera (is there any other kind?) in 1873. He was stuck in bed for a year, and his father was so pessimistic that he promised to put young Nikola through university if he survived. Survive he did, and Nikola subsequently went to uni in Graz and Prague, failing to graduate in the process. He eventually settled in Budapest, where his unique genius was acknowledged for the first time.

It was while in Budapest that Nikola Tesla began to develop plans for what was called Alternating Current (AC), and his growing reputation led to an offer of work from none other than Thomas Edison. After a brief sojourn in France, Tesla made the move across the ocean to the USA in 1884. He was robbed on the journey over, and when he arrived on American soil, all he had was four cents, some Serbian poetry and blueprints for a flying machine. 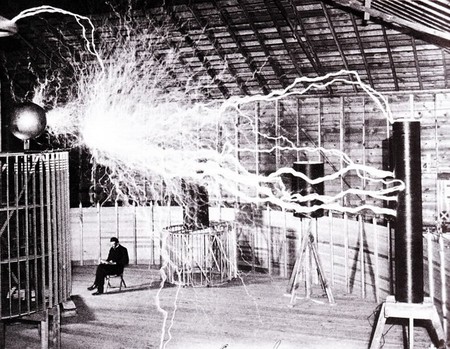 A Tough Start in the States

Tesla began working with Edison, and the American inventor dearly wanted the Serb to fix the issues with his Direct Current (DC) electricity. Tesla was successful, but Edison reneged on the agreed payment. Nikola understandably left, but he struggled to find work. A stint as a ditch digger wasn’t conducive to invention, and moving to the USA was beginning to look like a very bad idea indeed. An angel in the form of a rich businessman intervened however, and the AC/DC battle was underway.

It was Tesla’s AC that won the battle of the currents, despite Edison’s best efforts to smear the name of the Serb by electrocuting live animals using Tesla’s AC power to illustrate that people should not use Tesla’s current. The big difference between the two was practicality, as AC was able to provide energy to more people over bigger distances. Tesla didn’t exactly invent AC (the idea had been bandied about all the way back to the days of Michael Faraday and Hippolyte Pixii), but it was the Serb who made it practical for the entire globe. 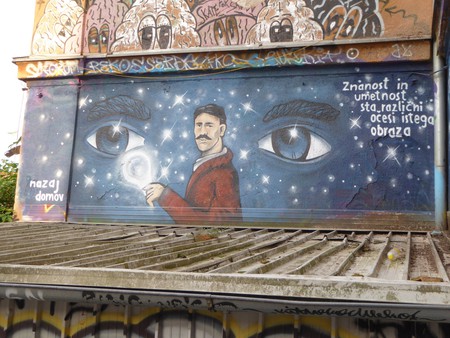 Tesla graffiti is found all over the globe | © duncan c/flickr

Tesla became an international superstar. He quickly made friends in high places, famously buddying up with Mark Twain, as his eccentric genius was let loose on the world. He had an incredibly productive mindset about inventing many of the cornerstones of the 20th century, including radio, wireless communication, remote control, radar, lasers, neon lighting and a whole lot more. The ‘Electric Jesus’ nickname is starting to make a lot more sense.

In what can be described as an extremely Serbian twist, Tesla’s greatest invention would become his greatest failure. American businessman JP Morgan had begun financing Tesla’s wireless world broadcasting tower, which aimed to provide free energy to all of the people of the globe. The change this would have made to millions of lives is impossible to predict, but the realisation that there was no profit to be made led to Morgan pulling the plug on the project. 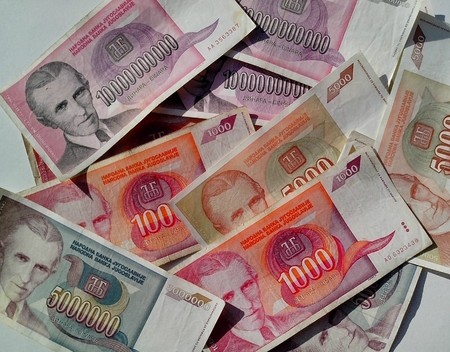 Tesla has featured on currency in the Balkans for decades | © pixnio

But Tesla isn’t remembered for that supposed failure, he is remembered for his creativity and unique brain, an intellect that allowed him to see the future and subsequently create it. The strains of such a mind were difficult to suppress, and Tesla showed signs of complete mental degradation as he got older, to the point of believing he was receiving messages from laser pigeons. He died alone and broke in a New York hotel room on January 7, 1943, at the age of 86.