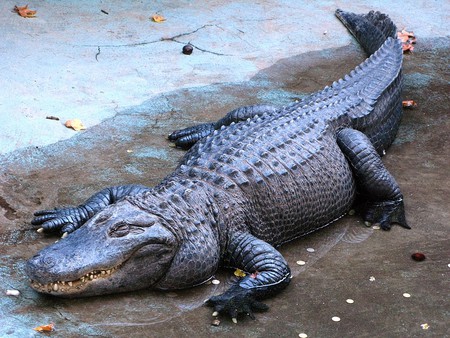 Around since the age of dinosaurs, Crocodilians are built to survive. And no living reptile has survived longer than old Muja. Withstanding gangrene, heartbreak and even bombs, this alligator has lived to tell his remarkable tale.

Ever wondered where the oldest alligator in the world lives? It admittedly isn’t a question that plagues vast swathes of humanity, but a little trivia goes a long way. You have to travel all the way to the capital of Serbia to find him, and he has quite the story to tell.

It is often said that Crocodilians have been around forever. That isn’t strictly true of course, but these large semi-aquatic reptiles have been roaming the Earth (and the water) for going on 83.5 million years. To put this in some sort of context, Crocodilians and birds are the only survivors of the Archosauria, the animal group that included the dinosaurs. In short, they are old.

Alligators are members of the Crocodilian group, but individual ‘gators don’t live so long in comparison. They don’t really get old in any way, as they are just as capable in youth as in old age, but the average lifespan of a modern alligator peaks at around 50 (human) years. Those in Belgrade don’t do things normally, however, and it’s in the Serbian capital that the world’s oldest living alligator is found. 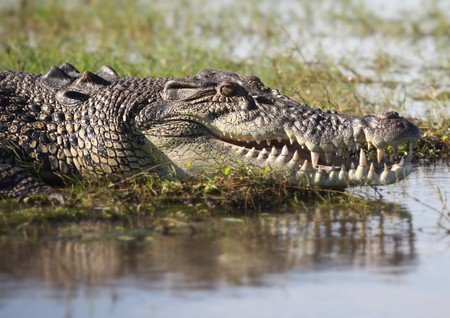 Muja the alligator found himself in Belgrade in 1936, making the journey from Germany on September 12 of that year, just two months after the zoo was opened. He was already a big boy, suggesting he had a few years in the closet already, and both Muja and his mate soon made the zoo in (what was then) the Yugoslav capital home. Everything was going swimmingly for the two, but you don’t need to be a history buff to know that things in Europe went awry at the end of the 1930s. By 1941, World War II had arrived in Belgrade.

Located in Kalemegdan, Belgrade Zoo was always going to be in the line of fire during that terrible conflict. So it came to be, and the zoo was bombed twice (once by the Nazis in 1941, then again by the Allies in 1944). Some animals managed to escape, but the overwhelming majority died in the attacks. The zoo was severely damaged, but Muja and his mate managed to survive.

The zoo understandably struggled in the decades that followed. Financial problems weren’t helped by incompetent management, and it was beset by high-profile difficulties. Zimbabwe donated a couple of black rhinos, but the two lasted mere months. It wasn’t until Vuk Bojović became director in 1986 that things began to turn around. 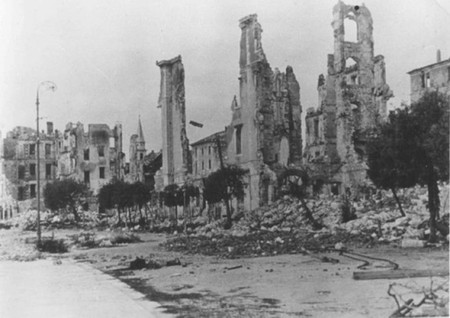 Throughout the difficult times, Muja was one of the animals that became a symbol of the zoo. Crocodilians are defined by their ability to survive, and Muja was a great case in point. Serbia’s woes continued with the implosion of Yugoslavia in the 1990s, a decade that ended with more Western bombs dropping on Belgrade. Muja continued to survive, singling him out as an inaudible observer of Belgrade’s tumultuous modern history.

71 years after he first arrived in Belgrade, Muja took on the mantle of the oldest living alligator on the planet. He ascended to the throne in 2007, when an alligator by the name of Cabulitis passed away in Riga Zoo. The difficult life that Muja had endured led many to believe that his time on top would be short, but the naysayers have since been proven very wrong. 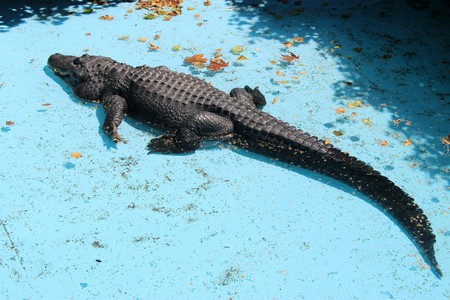 That isn’t to say that it has been plain sailing for the veteran alligator. Muja underwent surgery in 2012, as gangrene infected his limbs and led to some of his leg being amputated. Muja’s days are as leisurely as it gets, spending most of his time in the pond before retiring to his cave chamber in winter. He is fed by handlers, as much to avoid overeating as anything else. He barely moves, but you can bet your bottom dinar that his every motion creates a stir in this part of the world.

Muja the alligator is the only surviving animal here from the World War II period, a reptile that has outlived millions of people and seen his fair share of tragedy. We can never be sure how long he has left, but his name will live on in Crocodilian infamy for all eternity, if such a thing can be presumed to exist.