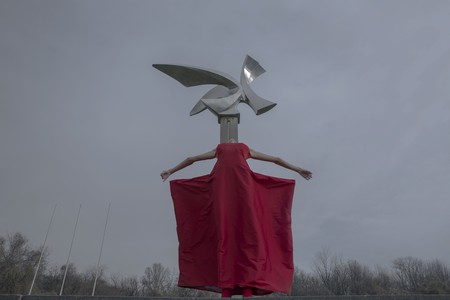 Ahead of Interruption, an exhibition about contemporary Balkan art at Library in Covent Garden, we asked Serbian photographer Jovana Mladenovic to talk us through the ideas behind her latest project, Monumental Fear.

Balkan art has long been overlooked in the canon of contemporary culture, with few spaces in the UK giving creatives from the region a platform to reach a global audience.

Thus this initiative from Contemporary Balkan Art, an organisation that rather does what the name suggests, offers a welcome change of narrative. Opening in early April, the exhibition showcases 16 artists from the Balkan region including creatives from Serbia, Bulgaria, Romania and Bosnia. Although working across a range of mediums, the group are united under the common theme of investigating national identity in a post-Yugoslavian system.

One such artist is fashion photographer Jovana Mladenovic. Her series Monumental Fear juxtaposes a model dressed in red – symbolising the Communist star, and also the blood of victims as a result of the regime – against historic monuments in the area. We asked Jovana to tell us more about the project, and why she wanted to tell this story now.

On research and planning the project

I started researching monuments that are only in my home country Serbia and finding out about the stories that lie behind each one. It was fascinating reading about the history of these monuments and discovering that they were all built on the exact spot of the battles to which they stand to commemorate. As there are around 60 in total and spread across the entire country, I decided to narrow this down to 25. Taking into account both the locations and financial costs was vital in helping me make a realistic plan. 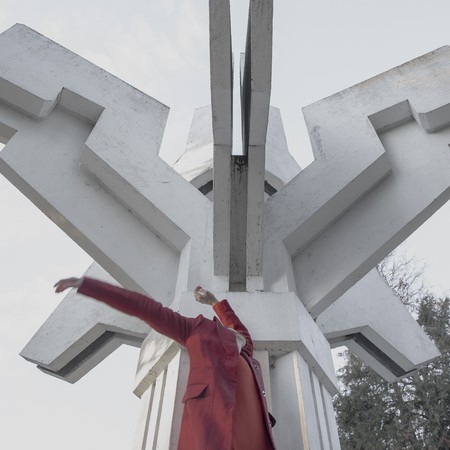 On the ideas behind ‘Monumental Fear’

After Serbia became an independent country following the break up of Yugoslavia, people’s interest in art started to fade and it wasn’t seen as an important factor in the lives of its people. They had far bigger concerns to deal with, as would be expected, following the aftermath of such a devastating war and still do to this day.

I want to raise awareness in the new generation and remind them of the lovely country we have and to inform people about what is left of the monuments so that they can still be celebrated and hopefully motivate our artists to keep on creating and inspiring others.

The central element in my photographs is the emotion carried on the faces of the models. The feelings of sadness, fear, and exhaustion are visible in their expressions, with their bodies imitating this interpretation.

With such rich history and meaning in the stories of these grand constructions, it was important for me to create a strong emotional connection with the viewer. All the time I spent researching these stories made me confident in directing the shoot and I knew exactly how to achieve them. 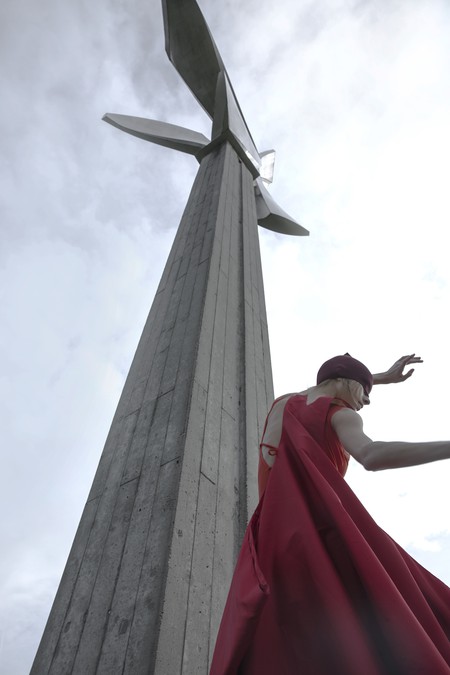 On making the project happen

I then had to create a map locating all 25 monuments and put together a daily travel plan that would involve travelling across the country for days in order to visit all of them. I colour coded the map in order to know which sites to visit on which day.

As I was on a budget I had to be realistic in how I could achieve reaching them all but I have mapped and marked the sites of future visits, once financial support or sponsorship allows me to complete photographing all of the memorials in Serbia.

The problem I faced was the fact that the majority of maps detailing their locations were old and not very detailed and in many cases I had trouble finding the right location. Sometimes there weren’t proper roads or even signposts and most were situated in the woods or on hills.

I started my journey in the south and zigzagged my way north, covering over 1000km [621 mi.] in a week, and had different people accompany me along the way at different stages. 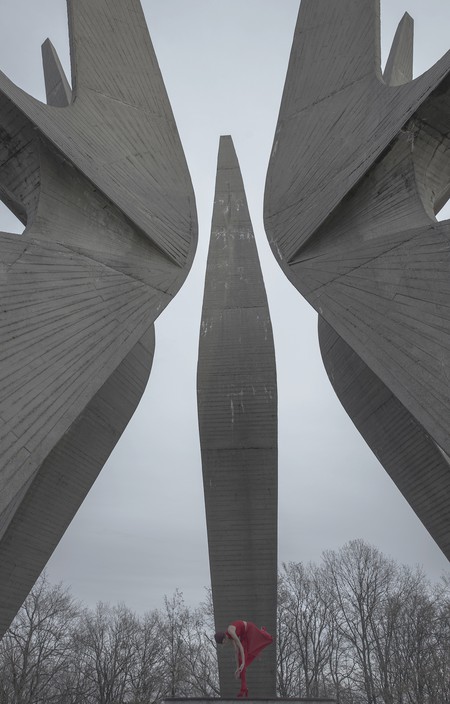 On learning and the future of ‘Monumental Fear’

Learning so much about my country and the process of exploring the history of both the monuments and the culture of Serbia and the former Yugoslavia has inspired me more than ever.

Once I manage to find sponsorship and put together a budget, I will research and photograph all of the monuments that I had not included this time round and plan to produce a book that I can publish.

As a photographer I see ‘Monumental Fear’ as a subject that I can expand on in many ways and I look forward to seeing where I can take it. Until then I will focus on developing my work within fashion photography, at a time where I feel greatly inspired by the period in history of socialist Yugoslavia.

I feel that I have grown, not only as an artist, but also as a person and shown to myself a level of maturity that helped me organize and carry out such huge task. 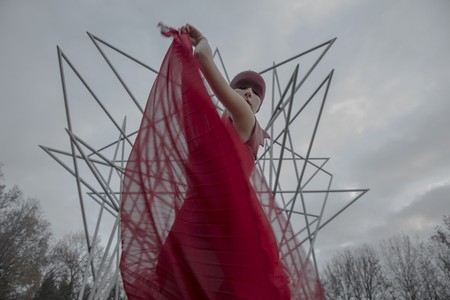