How to Navigate Transport in Belgrade, Serbia 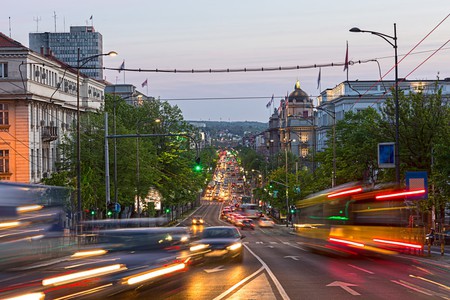 Serbia is an absolutely magnificent country to visit, a relatively untainted European destination that offers much in the way of tourist excitement and gastronomical wonder. The one major downside is the traffic, however. Belgrade’s transport system is borderline miserable, with a few bright spots. Here is how to navigate the streets and roads of the Serbian capital.

We might as well get this one out of the way early. When in Belgrade, don’t get a taxi on the street. That was one of the first pieces of advice we received from locals when we first came to the country, and it has served us well over the years since. The city has a number of ‘taxi’ stations located at major tourist points, full of drivers waiting to charge exorbitant amounts for innocuous journeys. The best way to put a stop to this practice is to simply not feed it.

If you absolutely must pick up a taxi on the street in Belgrade, do so away from the major tourist areas. If you are at Skadarlija and you want a taxi, walk a few minutes north or south and pick one up away from the busy street itself. The same goes for the boats, avoid those loitering around the scene. Always agree a price before setting off as well, no matter how annoyed the driver is at having to do so.

Not all the taxi companies in Belgrade are vultures of course, and pre-booking a private taxi is a safe and efficient enough. Simply call the company number and request a pick up point and a destination, and you’ll be given a cab number to look out for. Easy peasy. Pink Taxi are arguably the most reliable taxi company in the city.

If you’re a little reticent about talking on the phone, don’t be afraid to ask someone else around you to make the call for you. Whether it is the waiter in the bar or someone working in a museum, Serbs are immensely helpful and will be more than willing to assist.

Buses in Belgrade are hit and miss, to say the least. We say this with the vehicles themselves in mind, as you are just as likely to get on a sleek modern bus as you are a relic from the past that needs to be written off. Both old and new varieties manage to make their way around the city, however, providing as efficient a service as the city can cope with. Zeleni Venac is the main hub for the buses of Belgrade, and you pay using your BusPlus card and the automated machines on board.

It might not seem like anyone else is bothering to do so, but always validate your BusPlus card when entering a bus in Belgrade. Transport police are always lurking, and the days of ‘Sorry, I’m an ignorant tourist’ are long gone and rightly so. You know what yo do, so do it. 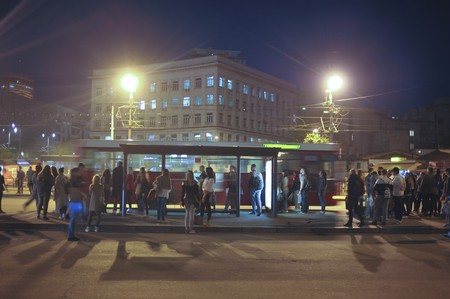 People waiting on the bus station in the downtown, Belgrade, Serbia | @ miamia / Shutterstock

Nothing screams ‘former socialist country‘ more than a good old-fashioned trolleybus, and you’ll find plenty of the trundlers making their way around central Belgrade. The fleet was introduced in the 1940s and little has changed, although the days may well be numbered for these lumbering red trucks. Student Square acts as something of a hub, although trolley numbers are dwindling over time. Tickets are paid for the same way as with the buses, using your BusPlus card.

Make the most of the trolleybuses while you can, as they won’t be around forever. Always be sure to get off before the final stop as well, as the last stretch can sometimes take what seems like a lifetime. 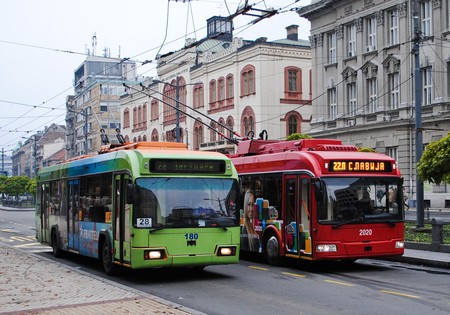 You might not see them if you spend all of your time in the old centre of the city, but Belgrade actually has 11 tramlines running around New Belgrade and certain parts of the city. This network has generally proved useless for tourists, although the trams do represent a decent way to get from the old train and bus station area of town.

If you’ve got an afternoon to fill, you can do worse than jumping on tram number two. Known informally as the ‘krug dvojke’ (Circle of Line 2), it is a leisurely way to traverse the downtown before jumping off to explore Belgrade’s elderly heart. 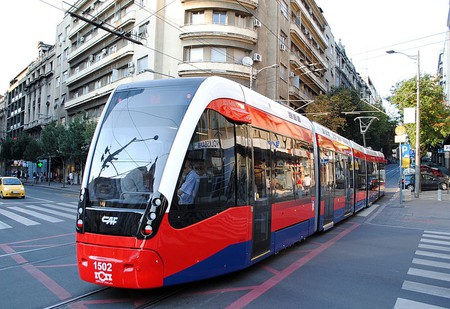 Belgrade doesn’t have a metro, and despite what certain politicians say it doesn’t seem as if that is going to change anytime soon. Does it need one? Of course it does. Belgrade is the biggest city in Europe without one. A rapid transport network would do a world of good for the city, but it is yet to materialise. 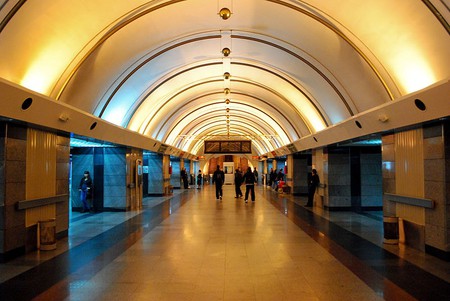 Frequently referred to as ‘Belgrade Uber’, Car:Go offers all of the positives of that monolithic company with none of the corruption, ethical issues and stress. What started off as a guerrilla fleet of 15 or so drivers has blossomed into a collection of more than 200, offering the service that the taxis have neglected to offer for decades. If you’re going to be moving around the city a lot, Car:Go must be the first app you download.

Car:Go is our local tip, for all of the above. Download the app, fill up your profile and use it to your heart’s content, and Belgrade’s frustrating and inefficient public transport will become something you simply read about in this article.