How to Decipher Serbia's Cyrillic Alphabet 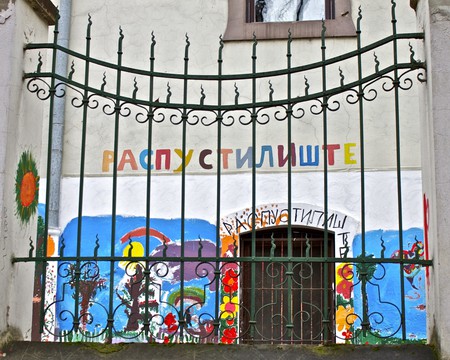 Serbia is a land of two scripts, the Latin and the Cyrillic. The latter dominates but the former is used enough to mean you can have a great time in Belgrade without learning the classic Slavic alphabet. Where is the fun in that though? Your time in Serbia will be greatly accentuated if you go out of your way to learn a little bit of Cyrillic. It isn’t that difficult either, so let us take you on a little journey through the swings and roundabouts of the Serbian Cyrillic alphabet.

Serbian Cyrillic came into being in 1814, thanks to Vuk Karadžić, the language reformer who now proudly stares out from the 10 dinar note. Karadžić took the language away from high society and made it a vernacular for the people, focused on his famous ‘say it as you read it’ mantra. Every letter in the alphabet has one sound and one sound alone, so there are no gremlins lurking in pronunciation.

The Cyrillic alphabet contains 30 characters, 25 of which are consonants leaving five vowels. Let’s break it down into simpler categories. 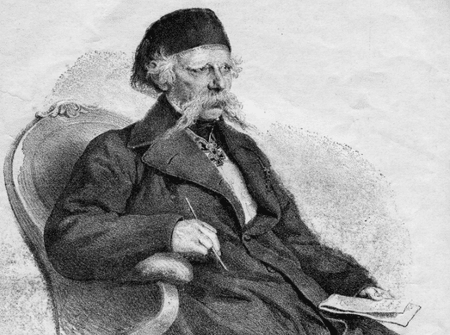 If you come from a Latin alphabet country and say ‘I literally don’t know any Serbian Cyrillic’, then you are literally wrong. Six (possibly seven) letters are the same in both, characters that some refer to as the ‘Familiar Friends’. These are А, Е, К, М, О and Т. Same character, same sound. The letter Ј may also fall into this bracket, provided you pronounce J as the Brits do. 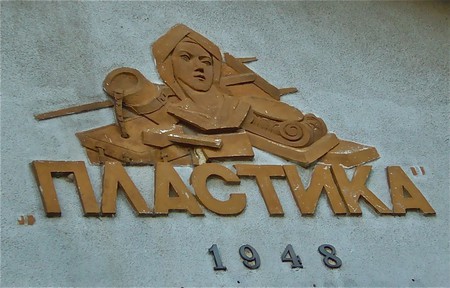 A further five characters will look familiar, but don’t be fooled. These five letters look the same, but they represent different letters (seen in brackets). There is a universal quality to the letters B (V), X (H), P (R), C (S) and У (U), but it is these that can often trip even experienced Cyrillic speakers up. They are all frequently used too, in words like РЕСТОРАН (restoran/Restaurant), ПИВО (pivo/beer), УВО (uvo/ear), ХВАЛА (hvala/Thank you) and УСКОРО (uskoro/soon). 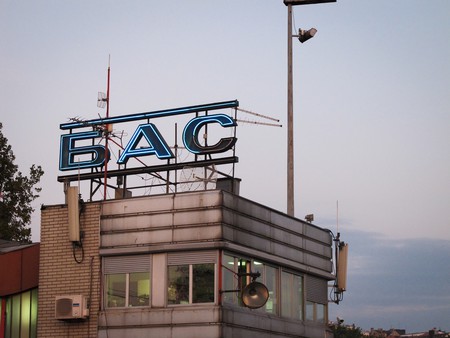 Serbian shares a number of letters with other Cyrillic alphabets, a group of characters that those who have visited Russia, Bulgaria, Ukraine and the rest will be familiar with. With their English phonetic equivalents in brackets, these are Б (B), Г (G), Д (D), З (Z), Л (L), П (P), Ф (F), И (I), Ж (ZH), Ч (CH), Ш (SH) and Ц (TS, or C). There is no secret way to learn them other than practice, so get studying.

And then we come to the final five characters, the Cyrillic letters that are entirely unique to Serbian. These are Ђ (Dj), Ћ (CH), Љ (LJ). Њ (NJ) and Џ (Dž). Got that? Easy-peasy, right? Well, it isn’t, unfortunately. Even the most cursory of glances at the alphabet shows some potential problems, but the key is not to get bogged down in the details. The difference between the two Ch letters (Ћ and Ч) is minimal to foreign ears and is unlikely to cause issue when reading or speaking. 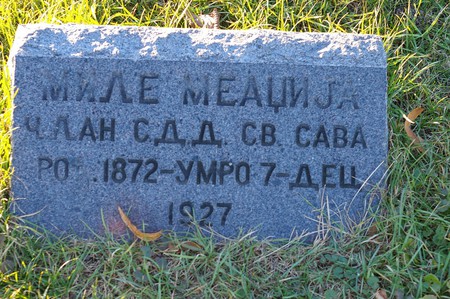 Cyrillic lettering on a tombstone in the US | © Jeremy Noble/Flickr

One good way to try and get a handle on the alphabet is to write out English sentences, names or brands with Cyrillic lettering. It can get a bit juvenile, but it can help when it comes to reading and deciphering the alphabet. Examples can be things like Бангладеш (Bangladesh), Пунк рок ис овер (punk rock is over) and Џон Билс ис вери хандсом (John Bills is very handsome). You get the idea.

You don’t need to be a Serbian Cyrillic scholar to have a great time in Belgrade. A little effort goes a long way though, and that same effort will be greatly appreciated by the locals. It could well be the difference between a good time and the greatest time.