Don't Drown Belgrade: Why Belgrade is Protesting the Waterfront Development 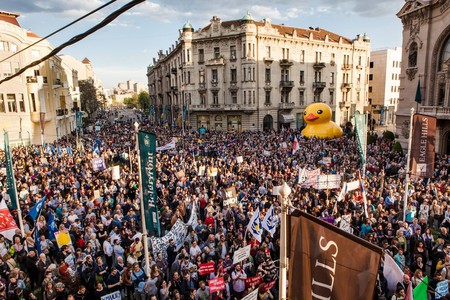 It has long been said that Belgrade is a city in need of a touch-up. Foreign investment has arrived in the shape of the Belgrade Waterfront project, but to describe it as ‘controversial’ would be an understatement. The plan has sparked outrage across the city, with protests growing larger all the time.

What is the Belgrade Waterfront? It doesn’t take a scholar to work out that it refers to a development project on the waterfront, but there is obviously more to it than that. The plan was tentatively unveiled in 2012, but the gears didn’t begin to start moving until a couple of years later.

It is a €3 billion development project funded by the UAE-based group Eagle Hills, that will see the Sava riverfront completely overhauled. The derelict buildings will be replaced by a luxurious complex, one of skyscrapers, five-star hotels and restaurants, decadent apartments and a host of shopping malls. A little slice of Dubai in the heart of the Balkans, if you will. 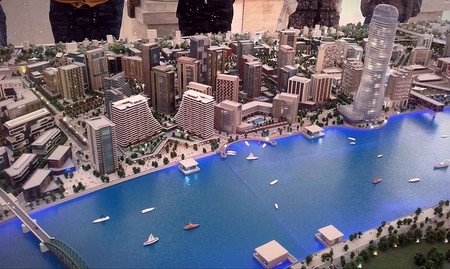 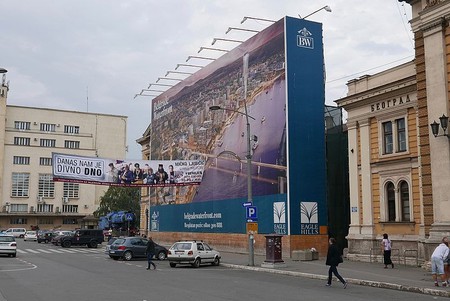 Advertising the Waterfront at the train station | © NAC / WikiMedia Commons

The first issue comes from the location itself. The riverbanks of Belgrade are under municipal ownership, meaning the city itself must give permission for anything to be built there. This isn’t uncommon, but most projects will go through a referendum of sorts before getting the green light. There was no such procedure for the Belgrade Waterfront project, and the government has essentially handed over the legal rights of the riverside to a foreign developer.

The second problem pertains to the investors themselves. Given the legal status of the land, it is assumed that any planned project would be offered to a number of investors, and a bidding process would take place. No such thing happened here, as Eagle Hills simply stepped in and were approved. When the question was brought up, the government simply said that they had found the best investor already, so there was no point wasting time. The questions of incentives and benefits are clear for all to see.

Things got worse when the terms of the contract were revealed. A clause was written into that contract stating that the Serbian government would adopt a number of laws to ensure the completion of the project, along with doing whatever it can to remove any obstacles. It amounted to little more than political capitulation to a foreign investor. 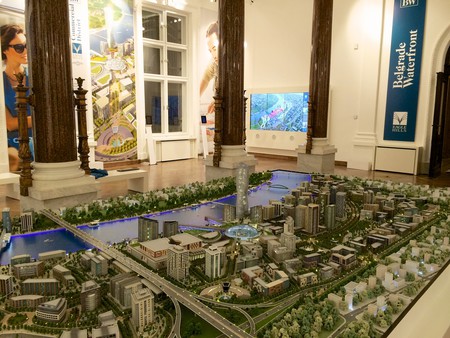 There are more than enough legal reasons to oppose the building, but the spring of 2016 saw emotional ones introduced. On the night of April 24 that year, a group of masked men with baseball bats blocked off a number of streets in the area, allowing bulldozers to demolish a number of contentious buildings. Local residents were held hostage in their own streets. The police were called, but the force were silent in response. One witness, Slobodan Tanasković, later died in hospital.

The frequent rallies organised by Ne Davimo Beograd grew and grew in the weeks following Tanasković’s murder. The group was established in 2015 by a number of civilians, with the aim of introducing transparency and sustainability into Serbia’s politics. The group, whose slogan is ‘Koji grad? Čiji grad!’ (‘Whose city? Our city!’) have garnered much support throughout Belgrade, and performed well in the recent elections. 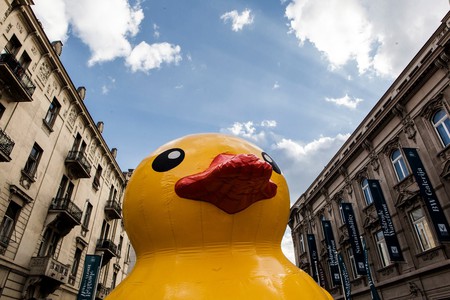 Despite the protests, few people believe that the project will be stopped. In fact, many in Belgrade assume that the project will fail because everything does in the city. The land the hotels and malls are being built on is hilly, not the flat land of Dubai and the rest, so the structures will inevitably be compromised. The only tower built to date has already begun sinking into the quicksoil.

The development is expected to take decades to complete, and it isn’t going to be used when it is finished. The average salary in Belgrade at the moment is less than £400, meaning million-dollar apartments and gourmet restaurants are going to be outside the spending capabilities of Belgrade’s two million people.

The Belgrade Waterfront is going to be little more than a playground for the super-rich, a development that nobody wants that will do nothing other than make a few people in power a little bit richer. As many locals have said, the simple fact is that Eagle Hills showed up with a briefcase of money and the Serbian government gave them free reign to do as they please. The Serbian people may not be so forgiving. 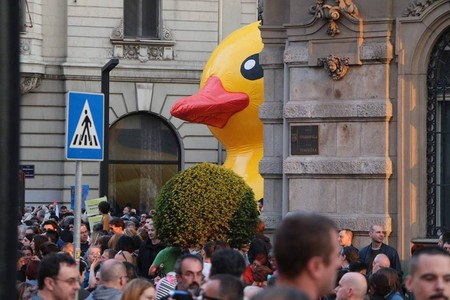