A Guide to Serbia's Dry Bridge 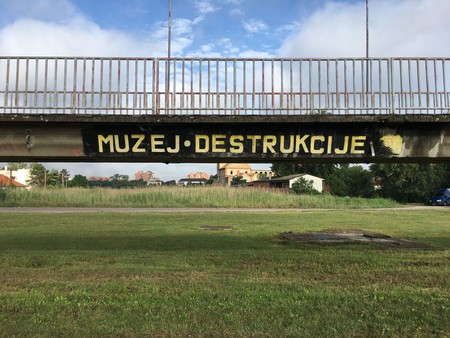 The Dry Bridge in Zrenjanin, although the Museum of Destruction is just as accurate | © John Bills

All construction serves a purpose, and the point of bridges is to help traverse a physical obstacle. That is supposed to be true, but one bridge in Zrenjanin seems to subvert that presumed truth. The Dry Bridge might just be Serbia’s strangest attraction.

The Dry Bridge wasn’t always Serbia’s strangest attraction. It started life as a simple suspension bridge called Most kod Kapetanije (The Captain’s Bridge) — built in 1962 under the supervision of Rade Janjatov. The aim was to connect the centre of Zrenjanin with the Mala Amerika quarter, a settlement on the other side of the Begej river from Zrenjanin proper. The Mala Amerika name is a curious one, there is no clear theory for why it came to be, but it has long been an important part of life here.

When Janjatov was ordering the workers around in 1962, there was nothing special about the bridge. It was just another overpass in a region full of the things, a simple footbridge in a town often referred to as the ‘City of Bridges’. Then 23 years later, all of this changed. 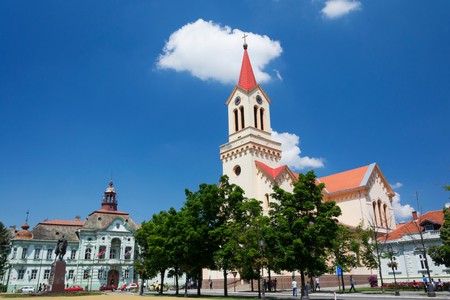 In 1985, the Zrenjanin city authorities made the decision to play God and amend the direction of the Begej river. Its secondary bed was filled in, creating two lakes but also making it possible to walk to Mala Amerika without using the bridge. Just over two decades after its creation, the Captain’s Bridge became obsolete. It still stood, but the simple earth beneath it rendered its existence somewhat pointless.

The decision to destroy the bridge wasn’t made right away, and before long the miserable ‘90s had arrived in Serbia. The fate of the bridge became less and less of an important subject, instead becoming neglected and forgotten in this little quarter of Vojvodina’s third city. 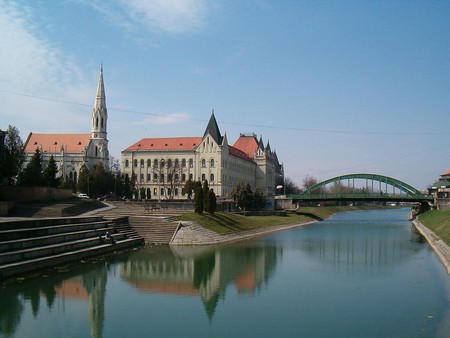 It soon became known as the ‘Dry Bridge’, but the recognition didn’t lead to any more attention for the bridge. Once an integral part of life in the city, it came to resemble an old artefact that has lost all value but is simply too cumbersome to remove. The concrete soon became covered in the naive graffiti that is endemic to the region, with declarations of love and loyalty taking up every space.

The neglect led to the bridge becoming unsafe, and in 1999 the decision was made to close it to pedestrians. Why anyone was still using it some 26 years after it become superfluous is another story for another day. The bridge was closed off, as the concrete degraded and created a hazardous monstrosity in the city.

Finally, the decision was made to demolish the Dry Bridge. The presence of this article and the photographs should tell you how that went. To the surprise of some, a number of Zrenjanin’s residents spoke up in defence of the pointless bridge, championing it as an ironic symbol of this once-powerful but now-sleepy city. The protestations of the people were enough to convince the city that the bridge should stay, although an estimated cost of €40,000 to demolish it could have been an equally important factor.

The Dry Bridge in Zrenjanin, although the Museum of Destruction is just as accurate | © John Bills

As we head towards the third decade of the 21st century, the Dry Bridge still stands in Zrenjanin. More than 30 years have passed since it became obsolete, yet the pointless construction remains an iconic part of the city. In many ways, it is a metaphor for Zrenjanin itself. The city is undeniably beautiful and loved by many, but the neglect and desuetude is every bit as apparent as the charm and attractiveness.

In many ways, it has become the most interesting and popular bridge in a city famous for the things. It is a must-see attraction in Zrenjanin, although be sure to watch your step and don’t expect it to take you anywhere. 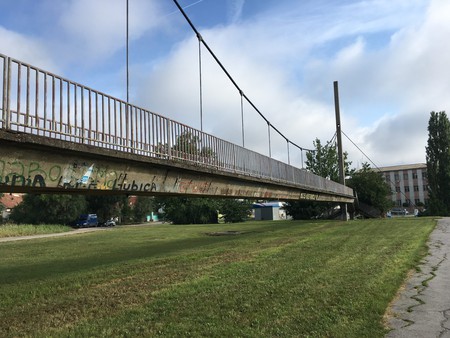 An entirely pointless bridge | © John Bills
Give us feedback