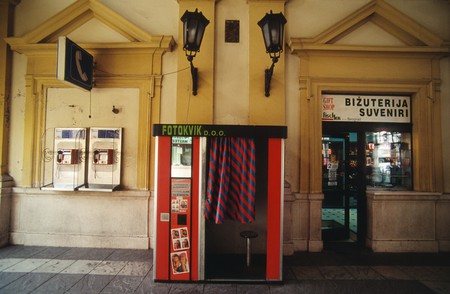 At 9:40 p.m. on June 30, 2018, the final train trundled out of Belgrade’s main railway station. Budapest was its destination, but the future of train travel in the Serbian capital is far less clear. Belgrade Centre Railway Station may be open, but there is more to this than meets the eye.

On July 1, 2018, Belgrade Centre Railway Station (known informally as Prokop) took over as the main rail terminal in the city. Nobody remembered to inform the tourists in Belgrade however, as masses of confused travellers continued to turn up at the famous station in Savamala. Was this simply poor planning, or something a little more sinister? As usual in Serbia, the finger of blame points squarely in both directions.

Built in 1884, Belgrade’s historic main railway station was one of the most iconic terminals in the Balkans. It was one of the great constructions of post-Ottoman Serbia, further evidence that this was a nation liberated and ready to move out on its own. The city grew around the station in Savamala, and it soon became the nerve centre of Belgrade’s public transport networks.

Travelling by rail has never been particularly popular in this part of the world, but many classical routes ran through Belgrade. None piqued the hearts of travellers more than the Orient Express, the romantic route that transported the intrepid from Paris to Constantinople via Venice, Sofia and other historic cities. All of that history came to an end in June 2018, when Belgrade train station closed its doors for the final time. 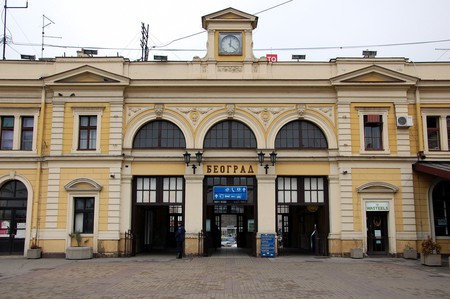 ‘The most disastrous error of Belgrade’s transportation’

If you are assuming that moving railway traffic from Savamala to Prokop has been a smooth transaction, then you might want to reconsider that. Belgrade-born public transport expert Vukan Vučić has referred to the new station as the ‘most disastrous error of Belgrade’s transportation’, and it is difficult to argue with the former consultant to the United States Department of Transportation.

The project has been problematic from the beginning. There have been plans for a new train station in Belgrade since the 1960s, with Autokomanda the most likely location. Construction began, but the plans were abandoned and moved to Prokop, one of the poorest parts of the entire city. The socialist politicians made suitably lofty claims but experts criticised the decision from the very beginning.

Prokop Railway Station was to be ‘large enough for the entire 21st century’, and construction began in October 1977. The idea was for it to be finished by May 1979, but economics and reality were not on the side of the government. Work halted in 1980, and the project was more or less abandoned until the 1990s came around. Building began again in 1990, but the turbulent ’90s soon got in the way. 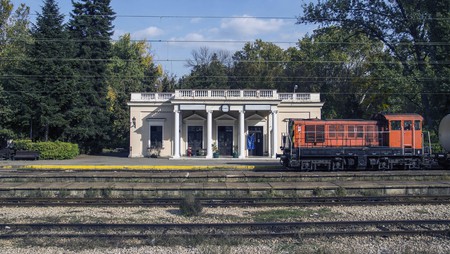 Money talks, and Belgrade is listening

A number of attempts were made to breathe new life into the Prokop train station project, but all of these ended in failure. It wasn’t until the highly controversial Belgrade Waterfront project was unveiled that things began moving. The Waterfront project planned on developing much of the area around the Sava river, knocking down many historical buildings and erecting luxury condominiums and five-star shopping malls in their place. The Kuwait Fund for Arab Economic Development had already provided a loan of €25.8 million in 2012, and the position of the historic station wasn’t ideal for the Abu Dhabi-based backers of the Waterfront development. Completing the station at Prokop suddenly rocketed up the city’s list of priorities.

The station eventually opened in January 2016 (although that is a fairly liberal use of the term ‘opened’). Prokop took over full railway responsibilities in the summer of 2018, but to refer to the station as ‘finished’ would be disingenuous at best. There are next to no facilities, no ATM, no currency exchange, no shops of any kind. Barely any of Belgrade’s public transport facilities connect to the station, meaning those arriving at Prokop are faced with a further commute from the illogically named ‘Central Railway Station’.

But money talks, and the Serbian government is listening. Belgrade had a classical 19th-century station that was well-connected, well-known, and well-developed, but it has been closed in order to move the terminal two kilometres further out to a station incorrectly called ‘Central’. The new terminal is scheduled to be finished in 2021, but not even the most optimistic of Serbs truly believes that. When rail travel in Serbia is a thing of the past, this may be seen as the key moment in its death. 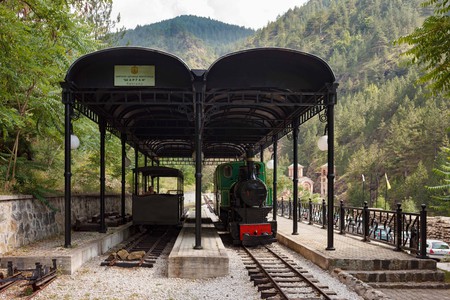