11 Gorgeous Natural Sights You Can Only See in Serbia 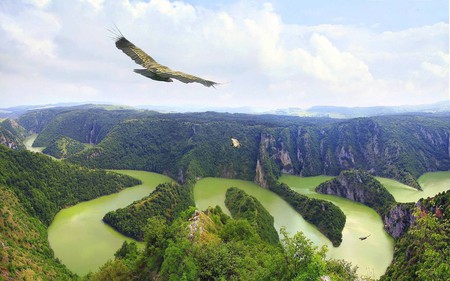 Heard about the lakes of Slovenia, the beaches of Croatia, the valleys of Bosnia? You likely have, as all three are now internationally well-known with more and more people waking up to the natural beauty of the former Yugoslavia. But what of Serbia and its canyons, mountains and weird alien-constructed rock formations? What of Europe’s biggest desert and extraterrestrial stones that can heal you?

If the question is ‘what is Serbia’s nature like?’, the answer must be ‘like nothing you’ve ever seen before’.

You may have learned about meanders in geography classes when you were young, and the bends most likely will have been illustrated in a most dramatic fashion. Idyllic turquoise water flowing extravagantly between mountains, the river taking a contradictory course in a dreamlike canyon, like something out of a weird geography-themed dream.

This overly-flowery introduction barely does justice to the majesty of the Uvac canyon, the premier natural sight in Serbia today. The bends are in the 270 degree bracket at times, and the thrilling power of nature is rounded out by the appearance of vultures, lakes, eagles and caves. As far as natural sights in Serbia go, Uvac is the main event. 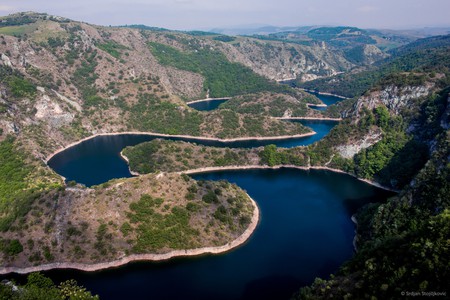 The name translates as ‘Devil’s Town’, but visitors need not be alarmed. If Beelzebub is here, he’ll be taking a photo as well. Đavolja Varoš is a collection of more than 200 most peculiar formations of rock in the Toplica district on the disputed Kosovo border.

The formations are usually referred to as ‘towers’, but the truth is describing them with one word is little more than a fool’s game. The area is full of legends, tales of those foolish enough to betray a witch, along with stories of people bullied into action by the devil. But the aesthetics are more than enough to justify a visit. 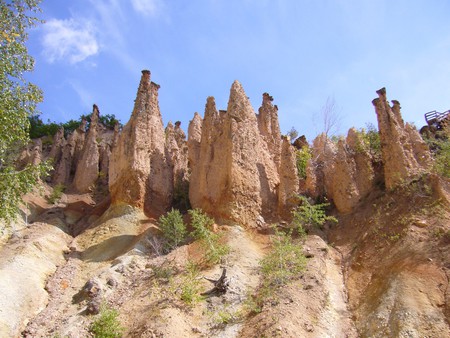 Serbia is known as the ‘land of waters’, and there are enough springs throughout the country to alert even the most apathetic of plumbers. The enchanting (that word is not used lightly) Krupaj spring fully deserves to sit at the top table of Serbian water magic. It is embellished by its surroundings – lush green forests, gossiping birds and an almost unsettling tranquility give the impression of being transported into a fairytale. The childishly-blue water finalises the deal, cascading over a dam and down into a lake that you can’t quite believe you didn’t notice until just now.

In the extreme west of the country, a mere throw of a stone from the border with Bosnia and Herzegovina, Tara may not be the highest mountain in Serbia but it may well be its most adored. People have lived here for millennia, and the ‘world-within-a-world’ atmosphere is as infectious as it is incredible. Lakes, monasteries, rivers, forests and the rest abound. To visit Tara is to experience life without distraction. This is the most forested area of Serbia too – for the freshest air, look no further. 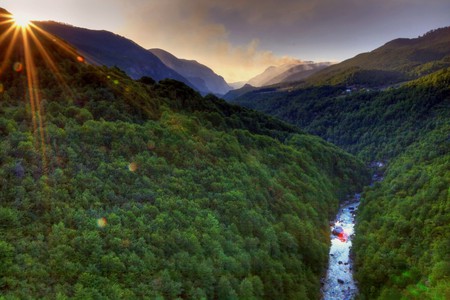 The Tara River and its gorgeous surroundings | © Nicolas Rénac/flickr

Known as the Iron Gate, the Đerdap Gorge is what a border would look like if all borders were created by deities. The gorge itself is somewhat incorrectly named, as it is in fact a river comprised of three gorges. But why worry about classification when faced with this sort of beauty? Water stretches as far as the eye can see, bordered by cliff-faces and caves. The medieval Golubac Fortress is also found here, a dramatic example of man’s attempt to conquer Mother Earth but only managing to conquer itself. 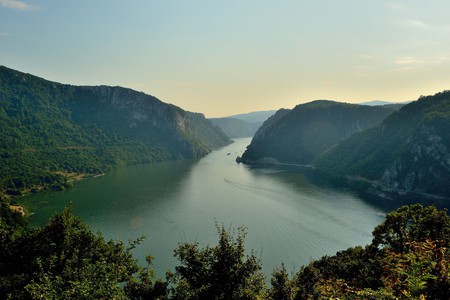 The monolithic majesty of the Đerdap Gorge | © wikipedia

Belgrade’s Great War Island is an integral part of life in the capital city, which is all the more remarkable considering it is uninhabited and practically abandoned. The island stands at the confluence of the Sava and Danube rivers, giving the two bodies of water no choice but to collide. It has withstood plans to colonise and erase it throughout the 20th century. The Great War Island is quite literally an island of tranquility in an ocean of chaos.

On the lonely sole mountain that rises up over the flat plains of Vojvodina, Fruška Gora is accessible from Belgrade despite seemingly being on another planet. The national park is home to the largest concentration of linden trees in Europe, to go with the thick forest that provides ample cover and security for the many monasteries built here. Fruška Gora holds a special place in the heart of most living north of the capital city, and it doesn’t take a nature enthusiast to work out why.

Sand isn’t something you associate with Europe. Okay, the continent has countless gorgeous beaches full of the stuff, but swathes of copper soil as far as the eye can see isn’t really Europe’s thing. With that in mind, here is a revelation for you – Serbia is home to the largest desert in continental Europe. The Deliblato Sands can be found in the Northwest of the country, about halfway between Pančevo and Vršac, The desert has been here for almost 12,000 years. It isn’t going away any time soon. 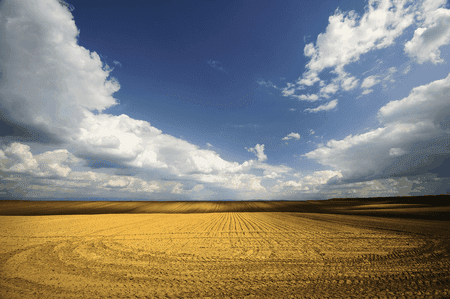 Not an oasis in sight | © WikiCommons

What Eastern Serbia lacks in modern towns and cities, it more than makes up for in natural goodness. The Vratna Gates are another addition to its stacked cannon: three natural stone bridges that are all unique in their own way. The area is a fantastic example of just how alive rivers are. The gates formed when the flowing Vratna river caused the roof of a cave to collapse before giving way to the influence of erosion and Father Time. 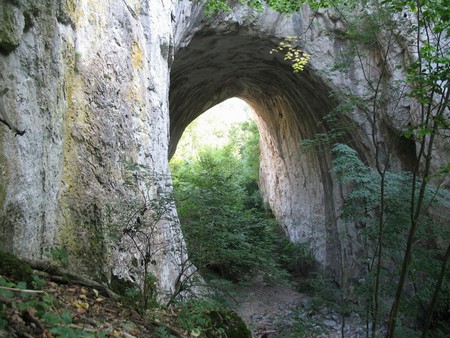 The Vratna Gates are another East Serbian marvel | © WikiCommons

Named after the mountain on which they were discovered, the mysterious ‘globes’ of Povlen are supposed to contain the power to heal even the most distressing of ailments. The locals say they were made by aliens or even an extinct race of humongous warriors who used the globes as weapons. But then this is the area in which Serbian vampire Sava Savanović was supposed to roam, so prepare that pinch of salt. The globes are fascinating and unique nonetheless, regardless of the quality of their healing powers.

Caves aren’t unique to Serbia, but the old adage that every cave is different most certainly rings true in the nation’s underground. Resava may have been the first cave open for visitors, but Ceremošnja may well take the prize for the state’s most engrossing. Just over half of the entire system is available to tourists, but the variety of formations waiting to be seen makes this more than enough. Stalactites and stalagmites are everywhere, and the second section of the cave (known as the Arena) is worth the price of admission all on its own.