Why WWII Is Called the Great Patriotic War in Russia 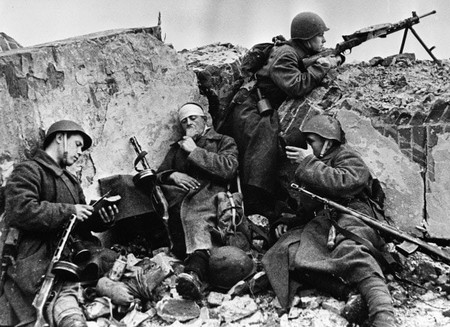 Every year, on May 8, Russians celebrate their victory in the Great Patriotic War and the surrender of Nazi Germany, which ushered in the final days of World War II. While the two battles occurred concurrently and are entwined, Hitler’s devastating offensive threatened to annihilate the Soviet Union’s existence, and so it is regarded as its own independent war.

Hitler’s decision to invade Poland in 1939 triggered Britain to send in their troops, signalling the beginning of WWII. As war began to engulf the globe, the European nations fought an ideological battle between communism and capitalism, and the Soviet Union became a territory at risk of occupation by Hitler’s Germany. By 1940, Hitler had seized France, and although he continued to aim his offensive towards Britain, Hitler saw greater potential to expand his territory and win the war by advancing into Eastern Europe.

Hilter’s easterly attack strategy was to obliterate Stalin’s USSR as quickly as possible, despite the non-aggression pact the two heads of state had entered into in 1939. Even though Stalin’s intelligence highlighted the likelihood of Hitler’s attack, the leader of the Soviet state ignored warnings. As a result, the USSR was not prepared to fight on home ground and had inadequate provisions to see its military and civilians through the war. 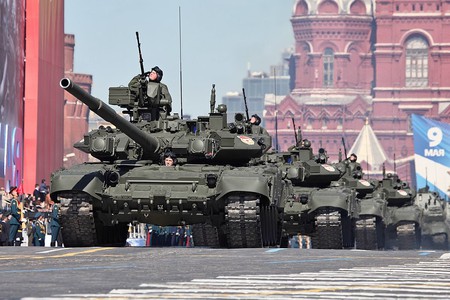 On June 22, 1941, Germany invaded the Soviet Union through Kiev, which had already become a part of the USSR. Within one week, around 150,000 Soviet soldiers were wounded or dead. Kiev fell, 600,000 soldiers were captured, and by October of the same year, three million Soviet soldiers were prisoners of war: Hitler’s Soviet attack would prove to show no mercy.

Hitler’s troops advanced into Moscow and looked set to take the Soviet capital. While Stalin moved industry out of Moscow and into the east, he forced his army to stay and defend the capital and threatened his troops with execution if any attempted to leave the front line. Despite this, Hitler still had the upper hand over the Soviet Union.

It has been said that the Battle of Stalingrad was a turning point for the Red Army. Hitler had assumed it would be the battle that won him the USSR. However, after almost a year of what would be one of the bloodiest and violent battles of both WWII and the Great Patriotic War, Soviet troops surrounded the Nazis and brought them down.

'The Motherland Calls' in Volgograd marks the site of the Battle of Stalingrad. | © Alexxx Malev / Flickr

From this point of the war, the Red Army was able to push back against Nazi efforts and to propel them back into Europe. In 1943, the Soviet troops stood their ground against a heavy German assault and then staged a successful counter-attack in the Battle of Kursk, in Western Russia. This victory set the Red Army on course to storm Berlin. Along with the Allied forces of Britain, France and America, Soviets defeated the German army, effectively ending WWII in Europe and then dividing the German capital.

It is estimated that 60 million people died during WWII. Included in this figure is the conservative estimate of 26 million Soviet civilians and military personnel who perished as war besieged their homeland. Victims of war, they are remembered annually as part of Victory Day celebrations, along with the Soviet efforts that were instrumental in defeating Hitler and ending WWII, and in victoriously defending the USSR in the Great Patriotic War.