Why Fish Is So Important to Russian Cuisine 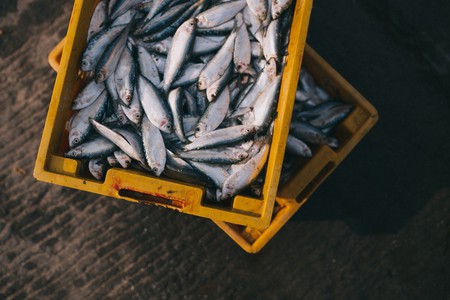 Fish was a strategic ingredient in the Soviet diet and a solution to governmental mismanagement. Already plentiful during the Russian Empire, their long shelf life and relative abundance saw the USSR through several food shortages. Throughout the Soviet Union, at key points, the consumption of fish was promoted to see the State through food humps.

WWI and the following civil war ensured that by the time Lenin came into power officially, many ingredients, including meat, were already limited. A variety of fish had been commonplace before the Revolution; however, in post-Revolutionary Russia, fish was no longer seen as a proper meat. Despite this, the government turned to it to see them through tough times.

An example of this was herring, which was considered to be the perfect accompaniment to a vodka shot or, if thrown in with some boiled potatoes and onions, was the basis of a quick and simple dinner. They were also cheap and in fairly stable supply. To combat early meat shortages, the government introduced ‘fish days’ on Thursdays in state-run canteens. A day’s menu could include herring salad served with herring soup and fried herring as the main course. The State also made propaganda posters promoting the consumption of herring, and it was used in recipes across state organisations including schools. 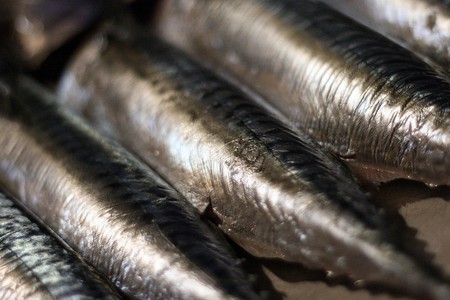 In 1939, the party created the position of the People’s Commissioner for Fisheries, which oversaw the fishing industry and production chain. The first official in this position, Polina Zhemchuzhina, realised that tinned fish could be the solution to food shortages if the fishing production chain ran smoothly from start to finish.

Zhemchuzhina established canneries near fishing ports, mainly around Murmansk and the Far East. The influx of industry in these remote communities and villages saw a boom in the fishing trade. By the time WWII broke out in the USSR, it was estimated there were about 55 types of canned fish available. 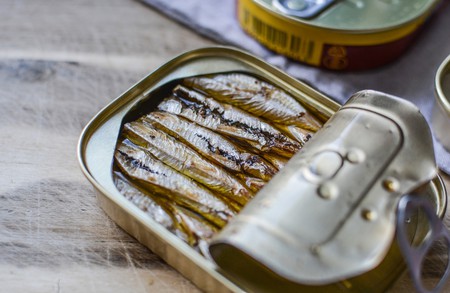 Another attempt at promoting the consumption of fish was during Khrushchev‘s reign in the 1960s, when dire food shortages once again plagued the Soviet state. Access to dietary mainstays, such as cured meats, cheese and freshwater fish was becoming sporadic. Once again, the government looked to marine life, specifically squid, to pull them out of their predicament.

Squid was a solution to the hake, sea bass and bluefish that proved to be unpopular among the masses in the mid-’60s. While squid catches were unreliable, the animal proved to be versatile and easy to store. It could be dried, frozen or tinned, and people could buy it stuffed in oil, in mollusc goulash, or smoked. It was also easily used in a salad thrown together at home. As a result, it became a popular ingredient. 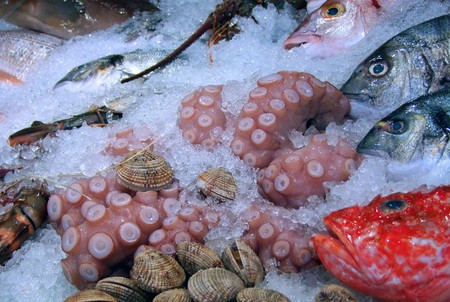 In the 1970s, during even more food shortages, cod liver emerged as a coveted ingredient. The government trialled a scheme where workers would buy a hamper of rare and luxury items twice a month or before a celebration, such as New Year’s. The items in the hamper were put together randomly, often with little cohesiveness or consideration to the buyer’s needs and preferences. If the buyer was lucky, they would find a rare tin of cod liver that was appreciated for its nutritional value and taste.

Despite some of the successes with promoting fish and marine animals as food, the government had some failings, too. The state unsuccessfully tried to introduce whale sausage, spat pâté (which was made from the ground-up waste product and leftovers from spat tinning factories), and various fishes that came deep frozen and unfilleted and so required thawing, then gutting at home.