What You Should Know About Russian Tea Etiquette 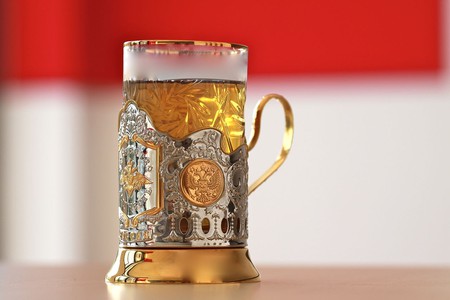 Tea competes with vodka and kvass as the most popular drink in Russia. On average, over one kilogram of the beverage is consumed per person annually. It is a social drink as much as it is a comfort to many; it is steeped in national traditions and has a history of its own. Here’s everything you need to know about how to drink tea like a Russian.

Sochi‘s warm, subtropical climate means that Russia can grow its own tea, despite its reputation as a frosty country. A 90-minute drive from the site of both the 2014 Olympic Games and World Cup 2018 will take you to the northernmost tea plantations that exist. Russia produces both black and green tea, which are mainly grown from plantations neighbouring the little village of Solokh-Aul. Around this little hilltop village are several estates that are open to the public.

A cup of tea is like a warm hug from a special one. So when you visit Sochi, you cannot leave without experiencing the warmth of the Dagomys Tea Plantations. Take a locally guided tour and learn about the rich history of Russian tea. You can opt for a tea party post that on a Russian Izba ( a traditional log house) on a mountaintop. Enjoy the spectacular view of the Black Sea on one side and the snow-covered Caucasus mountains on the other. Booking tickets already? 🙂 For more such specially crafted tours for you, visit buff.ly/2ynylDP #dagomysteaplantation#sochisummerholidays #sochihotels #sochivacation #visitsochi #sochitrip #traveltosochi #whattoseeinsochi #sochiguide #sochinightlife #sochiattractions #sochiplacestovisit #sochitours #sochitravels #tourpeer #findlocalexperiences #localexperience #localexperiences #thingstodo #thingstodowithkids #toursandactivities #tourguides #trekking #hikingadventures #travel #tourism #localtravel #localtraveler #historicaltours

Unlike English tea culture, in Russia, tea is usually taken black and sweet. Despite the rising popularity of green tea in the nation, black tea is still the most common. Often a sugar cube is placed between the teeth and then the tea is sipped through it. Other traditional ways of sweetening tea are with a spoonful of jam, or even marmalade. Again, the tea can be sipped through a spoonful of the preserve, or it can be added straight to the cup. 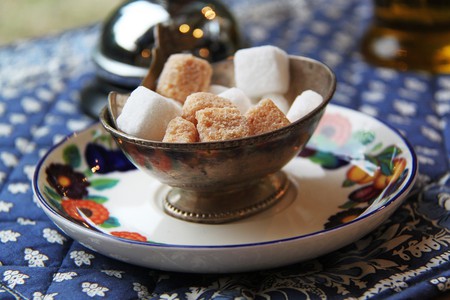 To serve tea without a snack is a huge social faux pas. It’s actually considered a little rude to do so. Likewise, it is also considered a little rude not to accept the food when it is offered. Standard savoury offerings are a bit of cheese and some cured meats; however, something sweet to nibble on often accompanies a cup of tea. A common sweet treat are sushkie, which are little bready cookies that are often dipped into a cuppa. 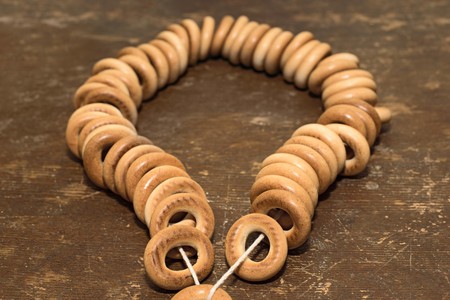 How to brew a Russian cup

A large ornate urn, known as a samovar, is the traditional way of brewing a cup of tea. It has a small basin at the top, which continually brews a strong tea concentrate known as zavarka. This is diluted with water kept hot in the main chamber, ensuring a cup of tea as strong as you like is always available. It is common for zavarka to be infused with dried herbs picked out of the dacha garden, such as blackcurrant leaves, fireweed or even carrot leaves. 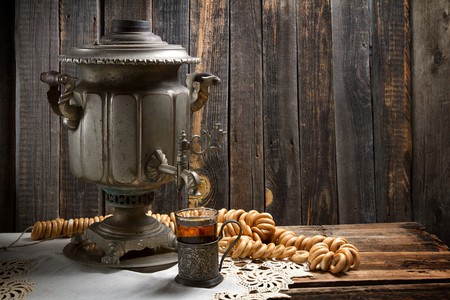 Traditional Russian tea is made with a samovar. | © Marina Onokhina / Shutterstock

History of tea in Russia

One myth says Cossacks brought tea knowledge into the nation from China in the 16th century; however, the first record of its Russian existence is a century later, during the Romanov dynasty. However, it was Peter the Great who signed a trade deal between Russia and China, initiating China as a primary tea source. Although people up and down Russia drink tea today, it wasn’t always the case. Tea was only made accessible to everyone in the late 19th century. Before then, it was only consumed by the wealthier classes, and it is believed that the lower classes brewed herbal infusions in their samovars. 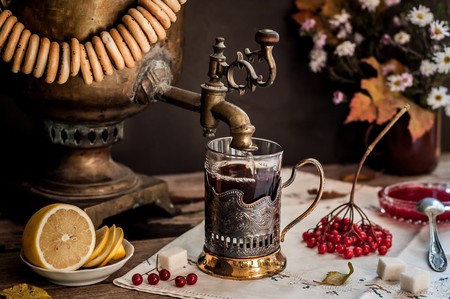 Cups of tea are an excuse for a chat

Perhaps also harking back to more austere times when cafés and restaurants were unaffordable to many, tea was used as an excuse to pop round and socialise with friends. It is not uncommon to while away an afternoon with tea and a plate of something to eat as friends catch up for a chinwag and a gossip. The Russian phrase ‘to have a sit by the samovar’ sums this habit up. 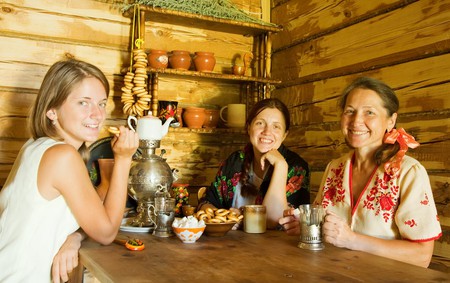