Was Ivan the Terrible Really so Terrible? 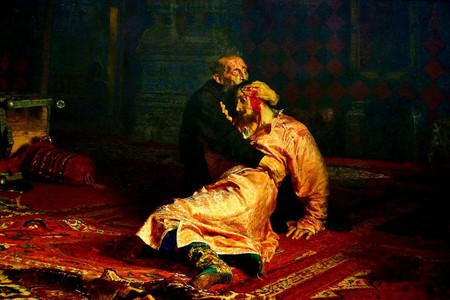 Ivan the Terrible with his son. Painted by I. Repin | © Wikimedia Commons

Most Russian tsars and tsarinas were power-hungry ruthless rulers, but only one held the title of ‘Terrible’. During Ivan IV Vasilyevich’s reign, Russia underwent legal reforms and a political transformation, and it expanded its territory by a large bit. So, with all this forward movement for the country, why is Ivan only remembered for being terrible?

The rise to absolute power

Ivan’s aggressive character took root during his childhood. Ivan’s father, the previous ruler, Vasily III, died suddenly when Ivan was just three years old, making the toddler the nominal ruler of all of Russia. At the age of eight, Ivan’s mother died, leaving the young tsar to fend for himself as an orphan. The power was held in the hands of the nobility, who mistreated the boy. He saw the ruling circle fight for power, conspire against each other, and murder his family. Ivan came of age ready to take over. 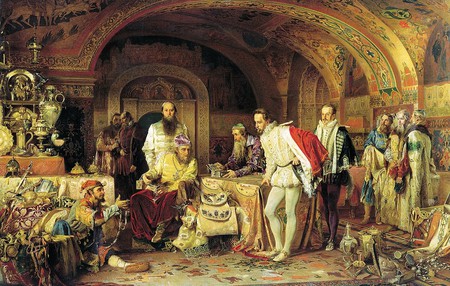 The first part of Ivan’s rule was marked with great success. The country underwent legal reforms, came out victorious in wars and established foreign relations. Following the first loss in the war with Lithuania and economic downfall of the country, Ivan began blaming the misfortunes on his government. He would execute anyone who disagreed with him.

He was further devastated by the death of his wife, Anastasia Romanova. He suspected that she was poisoned by his own ministers. Soon he sent a letter of abdication to his ministers, citing treason on behalf of the nobility and the clergy. His government, frightened of political instability, accepted Ivan’s terms of return. He now had the right to deal with traitors as he saw fit. To that end, Ivan established a personal guard called the Oprichniki. 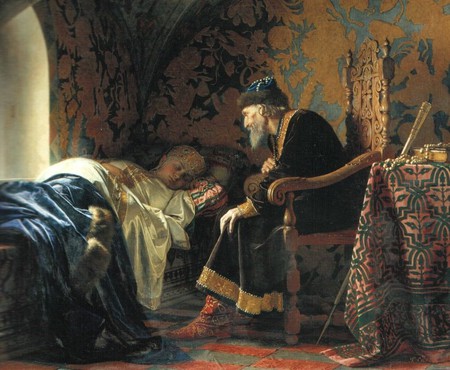 The Oprichniks took an oath to do everything in their power to protect the tsar. They were handpicked from different groups of society, but most came from the aristocracy. They were considered ‘special people’ and they dressed completely in black, so as to be recognised in the streets. They received complete autonomy in their actions and were allowed to raid and punish anyone suspected of treason. They were beyond the law and obeyed only the tsar. During an invasion in Russia, the oprichniki refused to fight for the tsar, showing their worthlessness. Eventually, Ivan realised the failure of the Oprichniki system and put a halt to the group. 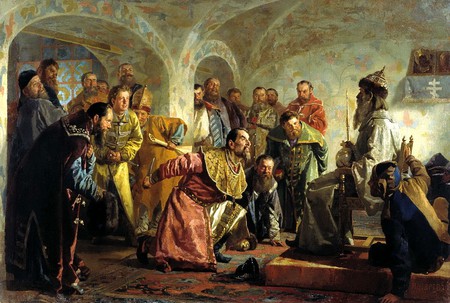 In a rage, Ivan murdered his son

For all his crimes, Ivan is most remembered for the murder of his own son. According to the story, Ivan walked in on his son’s pregnant wife laying half-naked. Blaming her for indecency, he began hitting the pregnant woman until his son, also Ivan, walked in and defended her. In a rage, Ivan hit his son on the head, and he died several days later. Although this is the popular version of event, historians argue that his son simply died of illness, without Ivan’s part in it. However, rumours of the murder further solidified Ivan’s terrible nickname. 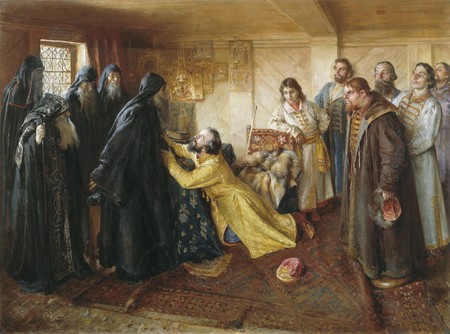 In truth, Ivan was certainly a ruthless ruler, but one could argue that he had to be in order to survive in a country where power was momentary, and even closest friends conspired against each other. From a troubled childhood to many personal misfortunes, Ivan endured suffering throughout his life, enough to make him do some terrible things.