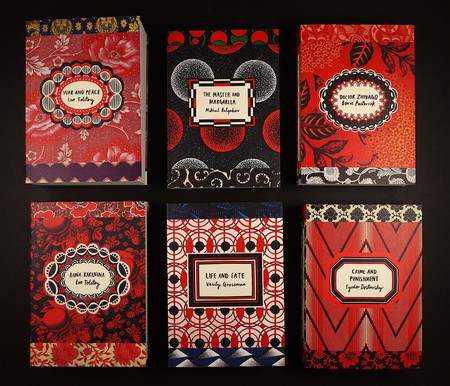 The imprint unveiled beautiful new designs of six classic works of Russian literature, published in anticipation of the 100th anniversary of the February Revolution this year. 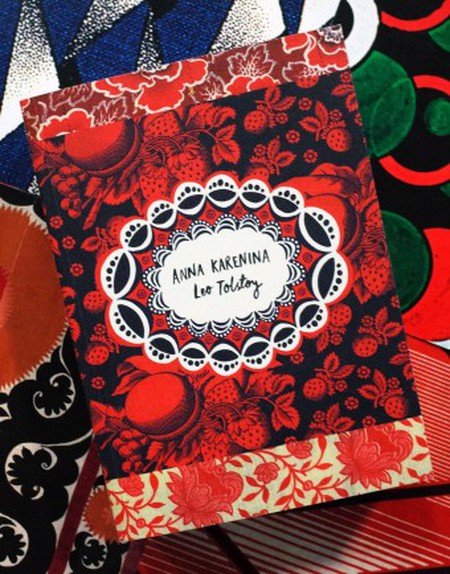 In this series, perennial pre-Revolution classics Anna Karenina, War and Peace, and Crime and Punishment are associated with three no-less-remarkable Soviet-era novels: Mikhail Bulgakov’s The Master and Margarita, Boris Pasternak’s Doctor Zhivago, and Vasily Grossman’s Life and Fate. If there was ever any doubt about the continuing greatness of Russian literature, this selection ought to put it to rest.

The striking designs were assembled by Vintage’s creative director Suzanne Dean, who’s yet again shown her taste in these matters is of a rarefied kind. These books were made with help from the founder of the Design Library in New York, Susan Meller, and manage to stand out from the wealth of other editions (no mean feat, I assure you).

Eschewing any visualization of the novels’ characters or setting (“I believe most people would prefer a cover that hints at the contents and allows them to fill in some blanks rather than spelling it all out”), Dean instead opted to use a variety of Russian textiles dating from the 19th and 20th centuries. Mixing these patterns allowed her to insert subtle hints to the works’ general moods, and to standardize the series with a bold, colorful esthetic. 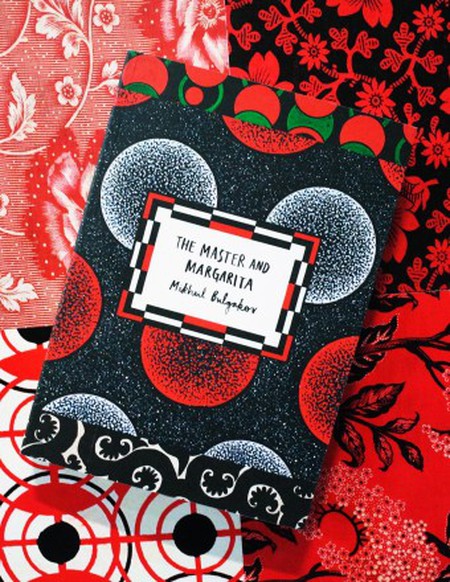 The Master and Margarita | Courtesy of Vintage Books

The textiles, Susan Meller told me, were for the most part manufactured in Russia in the late 19th century, roller-printed on cotton cloth to be exported to “the bazaars of Uzbekistan, in cities such as Bukhara, Samarkand, and Tashkent.” As she explained:

“[These fabrics] were used as lining material inside Uzbek robes. For example, the fruit pattern on the cover of Anna Karenina was the full-length lining of a beautiful silk brocade robe (the brocade was also made in Russia). The main floral design on Doctor Zhivago was tucked away inside the sleeve of an Uzbek silk ikat robe. The early 20th- century cover design of Crime and Punishment evokes 1960s op art, and was used as the lining of a luxurious boy’s coat made of Russian silk brocade with gold-wrapped threads.”

Meanwhile, the Constructivist patterns used on Life and Fate and The Master and Margarita were made in the Soviet era, and are thus entirely geometric. In the nationalized textile factories where they were printed, she says, “the idea was to create designs that were without any recognizable objects in order to promote the new egalitarian society. Even florals were out.” 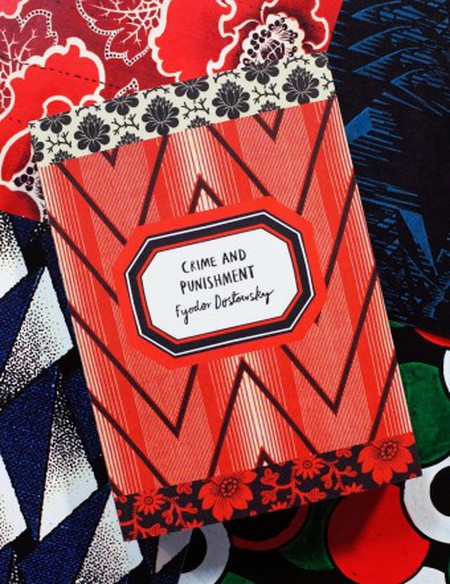 Floral or no floral, one must certainly agree with Susan Meller when she praises these editions for their arresting designs. As her expert eye is inclined to put it: “Like the Uzbek robes these designs originally came from, the mélange of colors and patterns work together beautifully in a way our eyes are not accustomed to seeing.”

If, for better or for worse (that is, for historical and political reasons), 2017 is indeed characterized by its heavy Russian bent, it is at least the occasion for us to revel in the country’s grand literary tradition. Whether it’s for their superb designs or the treasures they hold, these editions in that regard are entirely fit for the purpose.