Venedikt Erofeev’s life, like his writing, is often referred to as a riddle. Yet this man, who lived a life of vagrancy and drunkenness, is now regarded as the underground voice of an entire nation: a voice that both celebrated and lambasted the social inertia of the Soviet system. 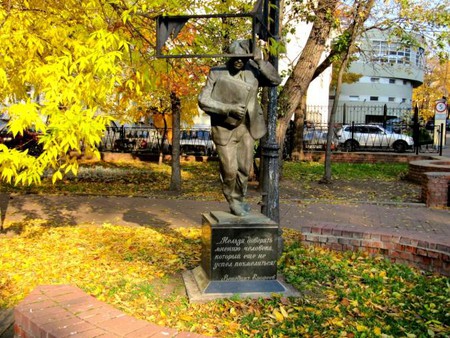 Venedikt Erofeev died of throat cancer in 1990, just a year before the Soviet Union fell. During the brief 51 years of his life he drifted across Russia without a set residency permit, taking on a series of laboring jobs whilst philosophizing, writing and drinking, existing in the same chaotic manner that characterizes the lives of this protagonists. Very few of Erofeev’s works ever made it to publication, many lost, stolen or even used as kindling. How did a man who left behind just a few of slim volumes and spent the final years of his life languishing in Muscovite apartment block come to be acclaimed as the most vibrant mind in Soviet-era literature?

Erofeev was born in 1938, far above the Arctic Circle in the Murmansk region of Russia. His father was a was a stationmaster who fell afoul of Stalin’s nefarious regime, serving time in a series of gulags on the charge of ‘disseminating anti-Soviet propaganda’. With their father absent and their mother unable to feed and care for them, Erofeev and his brother were placed in State care.

Despite this unpromising start Erofeev was highly talented, possessing an incredibly quick mind and vivid imagination. He won a place at Moscow State University, an honor which promised to nurture his prodigious academic talent. This should have been the fulfillment of all of his youthful ambitions, yet Erofeev felt stifled. The courses and teachers were restricting. He refused to attend military training and was thrown out of the faculty. He proceeded to enter a serious of other higher education establishments only to be again expelled for ‘moral degeneracy’, a buzzword at the time for any individual who seemed to set themselves at odds with the regimented structures in place to ensure loyalty and love for the state. 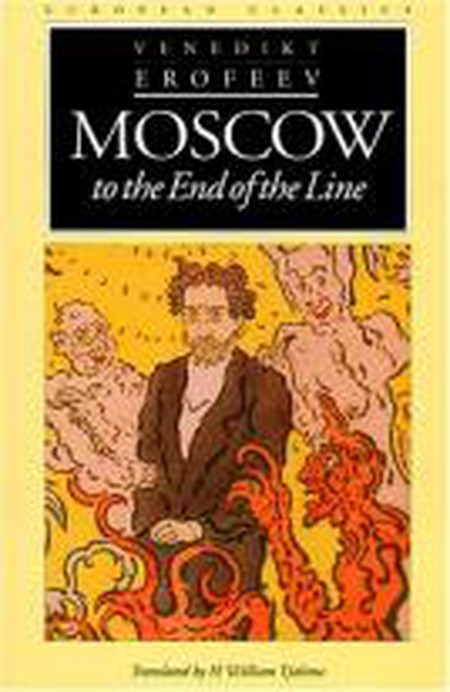 Moscow to the End of the Line | © Northwestern University Press

It was at this point that Erofeev began his undocumented and unofficial life, drifting across Russia and whilst working and living in the proverbial gutter. He lay kilometers and kilometers of cable, finding a certain freedom in his completely unsanctioned existence. As Galia Erofeev, his wife, remarked in a documentary about his life for the BBC, ‘His wasn’t a life, it was a vagrancy. He went from bench to bench, ditch to ditch, station to station. Throughout, he never took his pen off the page.’ What some of those notebooks or scribbled musings jotted down in a stolen moment between drinking and laboring contained, it’s difficult to know. It seems almost a miracle that Moscow-Petushki, Erofeev’s best know work, actually made it to publication.

The majority of the narrative in this ‘prose-poem’ takes place during a (meta)physical train journey between Moscow and Petushki, a suburban settlement that appropriates a utopian-like quality in the mind of Venichka, the drunken protagonist. Venichka, recently fired from his job as foreman for charting his fellow co-workers productivity plotted against their alcohol consumption, leaves Kursk station and travels to Petushki to visit his lover and young son. The quest provides an ingenious platform for a study of both the cultural heritage of Russia and the risible nature of its modern state.

Soviet reality was in many aspects so absurd that it seems entirely fitting Erofeev’s carnivalesque prose should sweep around and around in circles of rich dialogue and rivers of alcohol.There are many who believe that Erofeev’s work is untranslatable, replete as it is with cultural references to classical poems, the orthodox faith and slurred streams of consciousness. The prose-poem forges a new literary style in allowing us to be simultaneously privy to Venichka’s internal dialogue, the external dialogue of his accompanying passengers and to the author himself. Indeed you can’t help but remark on the autobiographical element which runs through the narrative with both protagonist and author sharing name, profession and drinking habit.

In 2007 two sculptures, of Venichka and his lover respectively, were erected in Borby Square to mark the tenth anniversary of Erofeev’s death. On one side of the park a bedraggled drunkard clings to a train station sign engraved with ‘Moscow’. Some distance away a beautiful young woman stands dreamily beneath a sign for Petushki, with the engraving ‘In Petushki the jasmine never stops blooming and the birds always sing’.

Moscow-Petushki was too provocative to be published widely within the Soviet Union but it was circulated via samizdat, a dissident activity whereby individuals copied and disseminated censored works by hand. There was an increasing gap between the experiences people had of their everyday existence and the language sanctioned to use when describing it. Erofeev’s writing seemed to bridge this. The conflation of high and low styles, the constant interplay of the classical and the postmodern disorientate and dazzle in streams of intertwined references, jokes and anguish. Erofeev is popular now in all circles, the most obvious feature of his dialogism being its stylistic ambivalence. 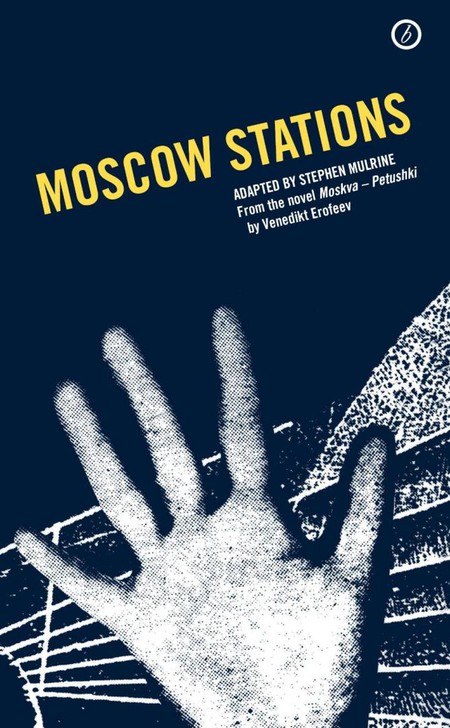 Another of his works, Walpurgis Night, has since garnered increasing attention both within Russia and further afield. This is the only play that Erofeev penned to make it to publication. Now acclaimed as the comic pinnacle of the Brezhnev era the script showcases Erofeev’s incredible ability to combine despair and hilarity in one darkly witty microcosm of Soviet society. Microcosm in the fullest sense of the word; the entire play is set in the claustrophobic confines of Ward 3, in a hospital for the insane. The main character Gurevich is an alcoholic who has been confined to the institution for dissident behavior.

Walpurgis night features a similarly tapestry-like framework of interwoven references, jokes and allusions to both classical literature and the political structures of the era as Moscow-Petushki. Erofeev creates a world where the sane are the monsters and the insane are the only ones with a firm grasp of the absurdity of their predicament. Gurevich is a master trickster who attempts to liberate himself from the ward in a series of hilarious, but ultimately fatal exploits. The play yet again demonstrates Erofeev’s true dexterity as a writer; his ability to bring you from tears of laughter to tears of bitter pain with just a few lines.

When he died Erofeev left behind one novel, one play, a few essays and letters and a bag of notebooks. Considering the physical sum of his literary exploits amounts to such a modest and comparatively sparse collection of works it is inspiring that the force of his creative talent and coruscating personality have created such waves in the Russian consciousness. His mythic status is now celebrated across Russia by individuals from all sectors of society, and is studied and enjoyed by many more people across the world.