Top Spots in Russia that are Perfect for Music Lovers 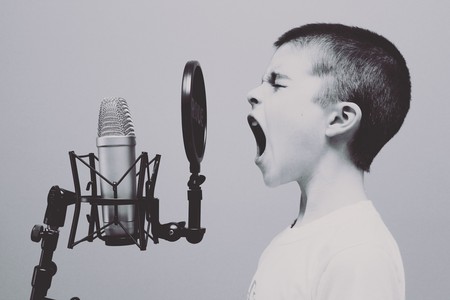 Though Russia is mostly associated with classical music, it has some modern music hotspots as well. From the classic Tchaikovsky Concert Hall in Moscow to the modern SMENA centre and its vinyl music market to the master classes in Kazan, Russia is full of music of all genres. Here are the top spots for music lovers to visit.

The Tchaikovsky Concert Hall is located in the Tverskoy neighbourhood in Moscow, in front of the Mayakovskaya metro station. It is considered to be the official headquarters of the famous Moscow Philharmonic Orchestra, where all the leading local and international artists introduce their musical performances to the world weekly. Even now, the Tchaikovsky Concert Hall remains the most significant and influential musical and cultural centre of the Russian Federation.

Izvestiya Hall is located in the Tverskoy neighbourhood of Moscow. It is considered to be one of Moscow’s main music and concert venues. The hall hosts countless events weekly; among them electronic and hip-hop dance festivals and solo performances from local and international artists.

Dom Pechati is situated in an old building in the historical neighbourhood of Yekaterinburg. In the past, the building operated as a press and a publishing house, as well as various printing Soviet offices. Nowadays, it’s one of the largest musical venues of Yekaterinburg complete with a music and dance hall, bookshop, cafe, restaurant and an art gallery.

Curated by the owners of Dom Pechati, Tele Club in Yekaterinburg hosts many events weekly, starting from rock and grunge concerts on Thursdays to minimal techno and Russian hip-hop on the weekends. Get yourself a beer at the bar and enjoy a full night of great music! Great atmosphere is guaranteed.

The SMENA centre is located in the heart of Kazan and is considered to be one of the most significant contemporary arts and music venues of Tatarstan. SMENA’s program is quite extensive and offers its visitors many events, workshops and music classes; however, its main focus is visual art and performances. Here you’re able to view many contemporary Tatar music shows produced and performed by students of the local music conservatory. You may even have the chance to experience electronic DJ-sets and hip-hop events.

One of the main attractions of Kazan is situated right in the city centre, where it hosts one of the biggest and most significant jazz music festivals in the country. This jazz music festival in Kazan Kremlin introduces different performers to visitors every year; however, this is not unique to Kazan as this historic venue often hosts many religious and ethnic music festivals from around the world.

One of the main spots to enjoy Kazan’s nightlife and contemporary music scene is open Monday through Sunday and offers its visitors many entertainment options. Perhaps the best option for local electronic and techno music is right here. Get yourself a good drink and settle in for an incredible night.