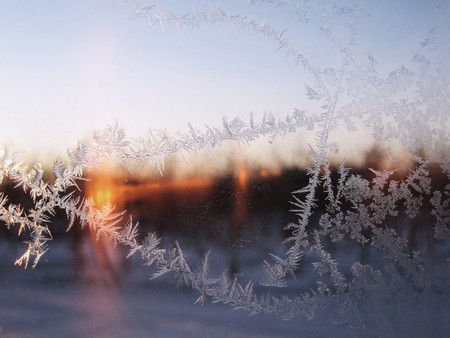 Russia’s New Year’s Eve is undoubtedly one of the most important holidays in the country. No New Year’s Eve starts without a screening or at least a mention of a classic Russian film about winter and winter holidays. Some films are very old, yet they are still popular among viewers of all ages. Hollywood films about New Year and Christmas holidays can’t compete with these classics, nor can new Russian films. This list of warm and festive films will bring the Russian holiday spirit into your home.

Produced by one of the most famous film directors in Russia, Eldar Ryazanov, this film tops all the charts on the 31st of December. If you switch through all the channels, you’ll see it playing more than once. The Irony of Fate is an interesting story about a man who gets drunk with his friends one day before the New Year and accidentally takes a plane to Leningrad (Saint Petersburg). He arrives in Leningrad and takes a cab to an identical set of apartments on the same street name as his address in Moscow. Even the key is the same and the apartment building interior is the same. So he continues to think that it’s his Moscow flat even after he sobers up. At least until a beautiful girl walks in.

Produced by the same director, the story of this film tells us about the the manager of a cultural arts centre in Moscow, who refuses to approve and confirm the New Year’s Eve celebration proposed by his colleagues. He keeps on insisting that this celebration should be different and more serious. It may be difficult to understand all the humour and jokes in the film, especially if you’re not familiar with Soviet culture; however, it’s still worth watching if you’re celebrating New Year’s Eve in Russia.

The oldest and the most romantic winter film about a Russian Cinderella, Morozko will have you swooning. A father takes his daughter for a walk early one winter morning and leaves her there because his new wife ordered him to do so. But the girl survives and finds herself in the house of Uncle Morozko, who helps her and punishes the evil stepmother and stepdaughter, Marfushka.

Evenings on a Farm Near Dikanka Village – 1961

This film is one of the oldest and most fantastic films about Christmas in Russia and Ukraine. The script was based on a novel written by Nikolay Gogol and delves into both Russian and Ukrainian culture, traditions and legends. The story takes place in the village of Dikanka, Northern Ukraine and the Empress’ Palace in Saint Petersburg. A man falls in love with a woman and she says that she’ll only go out with him if he brings her the Empress’ cherevichki (expensive slippers available only to rich people some centuries ago). He agrees and makes a deal with the devil who helps him in his quest.

This Soviet era fairy tale is all about love in the winter time, and it proves that even magicians can’t escape it. The story begins in a small local community of magic users. The villain wants to conquer a girl and tries to do anything to make her his owb; meanwhile her ex-fiance from an ordinary world tries to win her back. As with many fairy tales, there is a spell that can only be broken by true love’s kiss.