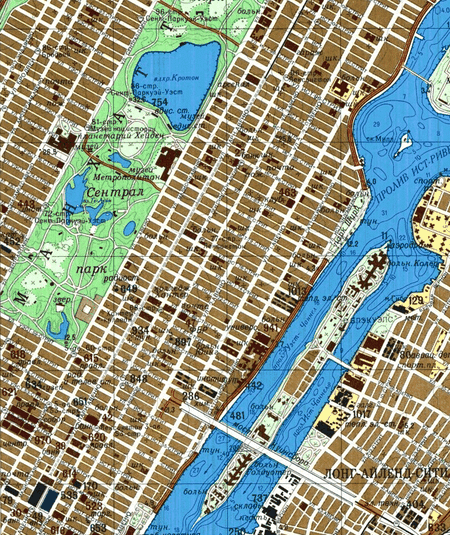 If you’ve ever wondered what would have happened if Russia won the Cold War, we have the answer.

These maps, discovered by retiree John Davies, are intricate recreations of US and British cities and other areas around the world. They were supposed to have been destroyed after the Cold War ended, but were sold by officers hoping to make a profit. The maps are so detailed that they include facts about the load-bearing capacity of bridges and the products different factories made. 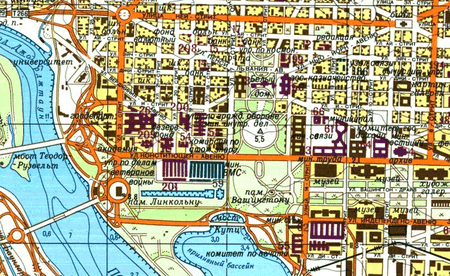 A map of Washington, DC | © redatlasbook.com

Davies, a retiree, discovered the maps in Riga, the capital of Latvia, in the early 2000s, and bought many of them over the course of several years. He worked in software and despite an interest in cartography, was not an expert, so he began working with Alexander Kent, a professor of cartography at Canterbury Christ Church University, to discover how and why the maps where made. The pair worked out that the maps had never been declassified. Speaking to Citylab, Davies said: ‘Russians won’t talk about them,’ said Davies. ‘The people who created them will hold their secrets to the grave.’ What they found out can be read in a new book, The Red Atlas.

The more Davis and Kent studied the illicit maps, the more they determined. By comparing them to local maps from the same era, they were able to find out their origins. On one local map, for instance, there was an altitude marker, but not on any other local maps before or after it. They could therefore determine that was the source. 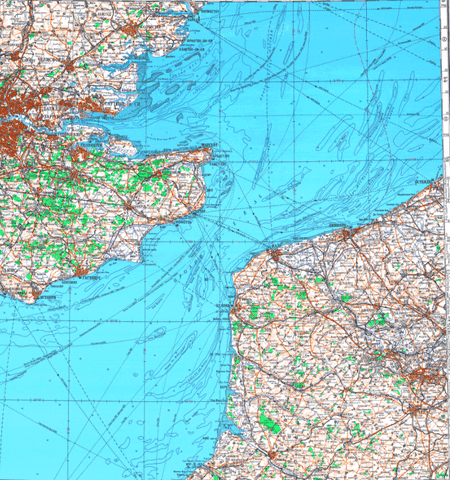 A map of the British channel | © redatlasbook.com 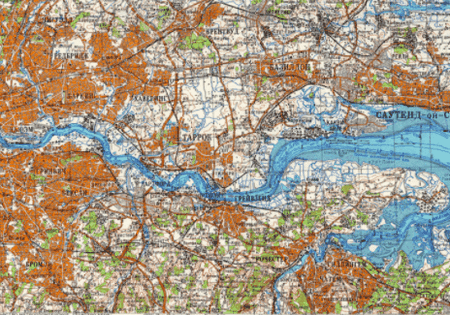 A map of London | © redatlasbook.com

Errors on the maps also revealed other sources the Russians had used. A map of Doncaster, a UK city, had areas of housing labelled as ‘Roman pottery kilns’. Davies and Kent found a British survey from the 20th century showing archaeological sites in the area, including Roman pottery kilns.

The amount of information the maps contain are shocking, considering the Soviets had very little on-the-ground access to the places they were detailing. A map of a Miami bridge, for example, shows information that could only have been obtained by seeing the bridge itself, implying spies were passing at least some details over. They also used aerial shots in their cartography, as evidenced by the mistaken inclusion of a gas pipeline as a road. Davies said: ‘We can be almost positive that those who made the map had looked at a satellite image,’ said Davies. ‘The excavation of the pipeline must have resembled a road from the air.’

The maps were created under the assumption that Russia was going to win the simmering conflict, and would need details for the invasion they were planning. Rather than collecting details that might be needed for a planned bombing, for example, they concentrated on amassing information that might be useful in the future. This shown through the inclusion of details such as disused ferry tunnels that could provide access to difficult-to-reach areas, and the fact that cartographers added more details without erasing past data. ‘They didn’t let go of information,’ Davies said.