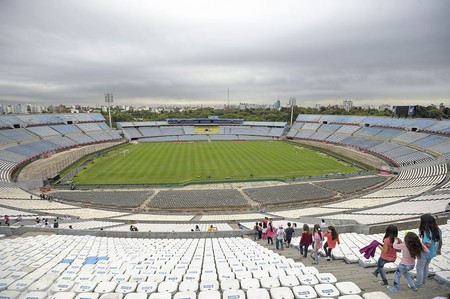 As the build-up to this year’s World Cup in Russia gets under way, many eyes will be on the newcomers Panama and Iceland just as much as on title-holder Germany and five-time winner Brazil. This year’s spectacle will be held in Russia for the first time. Uruguay has qualified yet again, and is the smallest nation ever to win the World Cup. Uruguay, with a population of merely 3.4 million, has won the tournament on two occasions (1930, 1950). But these three tiny nations house less than two million people and are the three smallest countries to ever reach the World Cup. 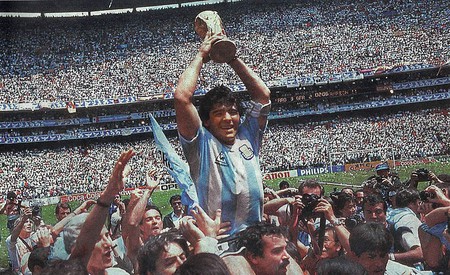 Maradona with the FIFA World Cup in 1986 | © El Grafico / WikiCommons

Of the three countries on this list, Northern Ireland has been the most successful. The country representing one of the world’s oldest football associations, the Irish Football Association, has qualified three times. Northern Ireland could have qualified in 2018 as well, was it not for a disputed penalty decision in their play-off with Switzerland. The country has also risen to fame off the pitch, with their fans, the Green and White Army, often being labelled the best football supporters in Europe. 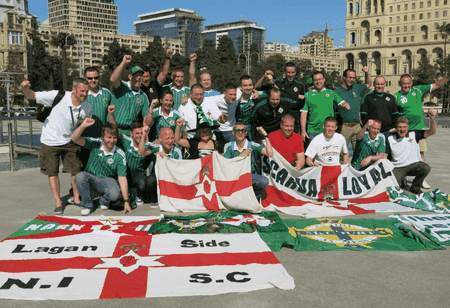 Back in 1958, Northern Ireland was one of three British Isles nations to qualify. Their qualification was a tremendous achievement, as they had to knock out Portugal and Italy en route. At their debut tournament in Sweden, Northern Ireland gained an impressive 2-2 draw with West Germany, and two wins over Czechoslovakia saw them advance to the quarter finals where they lost to France. 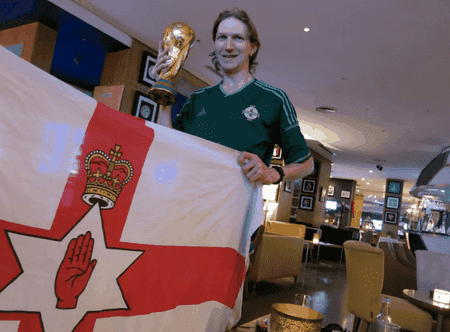 Twenty-four years later, Northern Ireland qualified again for the Espana 82 tournament. In Spain, they finished top of their group unbeaten, conceding only one goal (to Honduras). The country’s memorable moment was their 1-0 win over hosts Spain in Valencia. For the Northern Irish, it was yet again the French who knocked them out, beating them 4-1. In 1986, Northern Ireland qualified again. This time they finished third in a tough group with Brazil, Spain and Algeria. They lost out on the Second Stage by one goal.

Trinidad and Tobago, inspired by their most famous player, Dwight Yorke, qualified for the 2006 World Cup. But their journey to get there was far from easy. During the qualifying campaign, they sat at the bottom of their group in the final round of qualifying with one point from three matches. However, Leo Beenhakker took over as the coach and transformed the team, which eventually finished fourth in the CONCACAF table and secured a play-off spot. 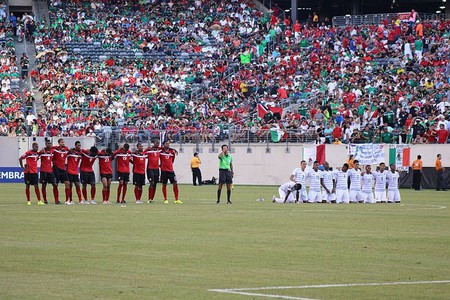 Trinidad and Tobago made hard work of the play-offs, too. They drew their first match at home 1-1 with Bahrain. However, they won 1-0 away in Bahrain to reach the 2006 World Cup, held in Germany.

In Germany, Trinidad and Tobago were drawn in a tough group with England, Sweden and Paraguay. Despite drawing their first ever World Cup match 0-0 with Sweden, they lost their next two matches. Sadly, they returned home having failed to score a goal, finishing bottom of their group.

It was no surprise to European football fans when Iceland qualified for the 2018 World Cup. The country is currently playing the best football in its history, having been European Championship quarter finalists in 2016. That was their first ever tournament appearance. They were seeded fourth in their qualifying group, yet they won it, beating the mighty Netherlands home and away on route. Iceland went on to draw 1-1 with Hungary and Portugal before beating Austria to qualify for the second round. It was here that Iceland famously beat a full strength England team 2-1, losing out to hosts France in the quarter finals. The team returned home to Reykjavik to a heroes welcome. 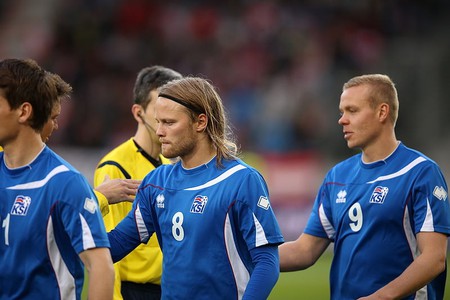 More recently, Iceland won their group for the 2018 World Cup qualification. It was well deserved, as well as being a moment of revenge. The reason being, they finished top ahead of Croatia. It was Croatia, who four years earlier had prevented Iceland from reaching the 2014 World Cup with a 2-0 play-off win. Iceland is heading to Russia in June 2018 for their first-ever World Cup appearance. Be sure to look out for their fans, famous for the epic Viking War Chant.

When Qatar host the 2022 World Cup, they will probably become the fourth smallest nation ever to play in the World Cup.