The Ultimate Vacation in Space 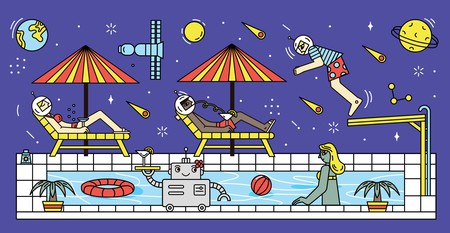 The prospect of going on vacation to space is becoming more and more real. Several companies are planning to sell brief trips into the great unknown, but the Russian space agency may be about to go a step further.

Roscosmos is evaluating a proposal to build a five-star accommodation attachment to the International Space Station (ISS), which would offer people the chance to take one to two-week-long trips to space packed full of some interesting activities.

The proposal to expand the ISS into a luxury hotel was reported on by Popular Mechanics. The plan includes private cabins with large windows to gaze out at space from, exercising equipment to stay in shape in a lower gravity environment, and even Wi-Fi.

As part of the experience, space tourists would also be able to stay with cosmonauts and go out on spacewalks with them. The business plan is being proposed by a space station contractor called RSC Energia. For those thinking that a trip to the International Space Station would make an ideal next vacation, you should first consider the price. It’s thought that the journey into space would cost visitors between $40 million and $60 million. So it might be best to start saving now.

Russia is now part of a select group competing in the tourism space race. Virgin Galactic, SpaceX, and Blue Origin have all set out plans to take people into space for a fee, but none to date have offered any kind of accommodation outside of the world’s atmosphere. Most of these trips would involve a short foray into gravity-free space, before coming straight back down to earth, presumably without a bang. 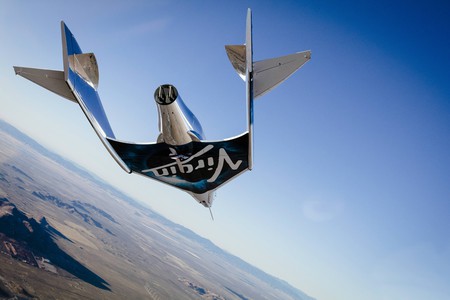 Virgin Galactic, for example, will charge $250,000 for a two-and-half-hour experience which includes six minutes of weightlessness, and the chance to see the curvature of the Earth from space. The company’s spacecraft VSS Unity successfully completed a test run in January, and is expected to start commercial flights this year. During the test, Unity was released from a mothership over the Mojave Desert at around 50,000 feet, and accelerated to Mach 0.9 during a steep descent. The exercise was designed to test the flight performance, stability, and control before a safe landing.

The likes of Stephen Hawking, Leonardo DiCaprio, and Justin Bieber have all reportedly signed up. The spacecraft will be able to take two pilots and six passengers at a time to space. Meanwhile, Blue Origin, founded by Amazon boss Jeff Bezos, is also looking to break into the space tourism space, but is yet to reveal how much a ticket would cost.

Other plans are more ambitious. Elon Musk wants to charge $200,000 for a ticket to Mars, with the SpaceX CEO aiming to get one million people to the Red Planet in the next 50 to 150 years.