The Top Attractions in Yekaterinburg, Russia

Yekaterinburg | © Pawel Maryanov / WikiCommons
As a modern city seeped in historical significance, Yekaterinburg in Russia has a feast of sights to discover. From ornate architecture through to monuments of respect and fandom, explore the best the city has to offer with our top twenty picks of unmissable buildings, statues and sights.

Not far from Yekaterinburg, in the village of Kanara, is the fantastical Kirillov’s House. Ornately decorated with fairytale and soviet iconography, the house was built mid-century by Sergey Kirillov, the local blacksmith. 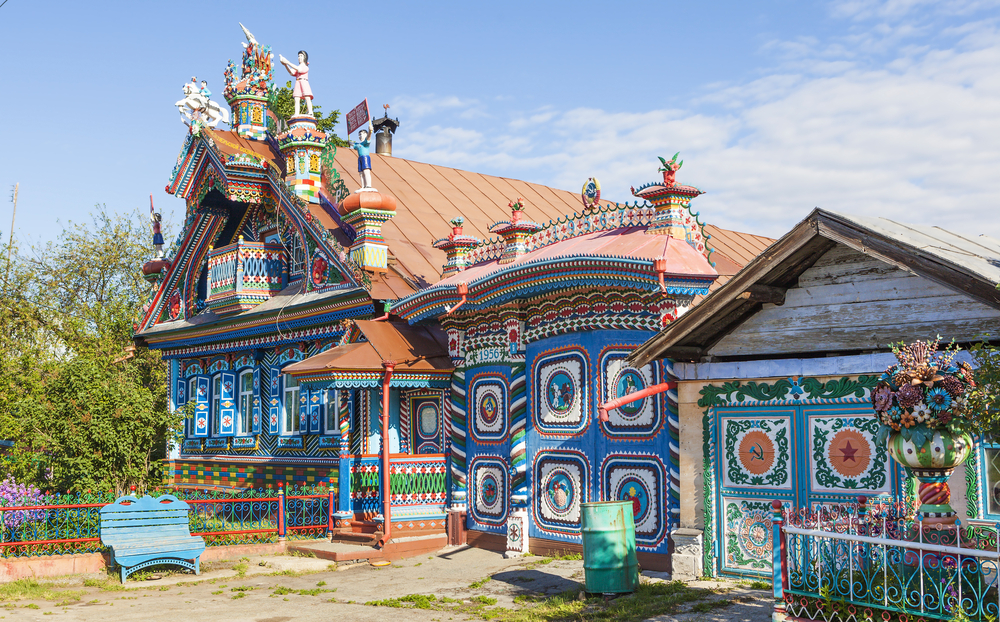 Along the Iset River embankment lies an oversized keyboard, created perfectly to scale. To make a wish, locals say type it in and press enter to make it come true.

Keyboard monument is an outdoor sculpture featuring the QWERTY keyboard. ⌨⌨⌨ Keys F1, F2, F3, and Y were once stolen and in 2011 were rebuilt. Thanks to the keyboard, new city legends came to life. Rumor has it that if you "type" your wish on the keyboard and then jump on Enter, your wish will come true. If you want to reboot your life, press Ctrl, Alt, Del. #keyboard #keyboardmonument #ekatfoto #ekaterinburg #памятникклавиатуре #клавиатура #екатеринбург #городскаялегенда #urbanlegend

The building itself is as impressive as the performances it hosts. Watch modern and classic ballet and opera productions in lavish baroque glamour. 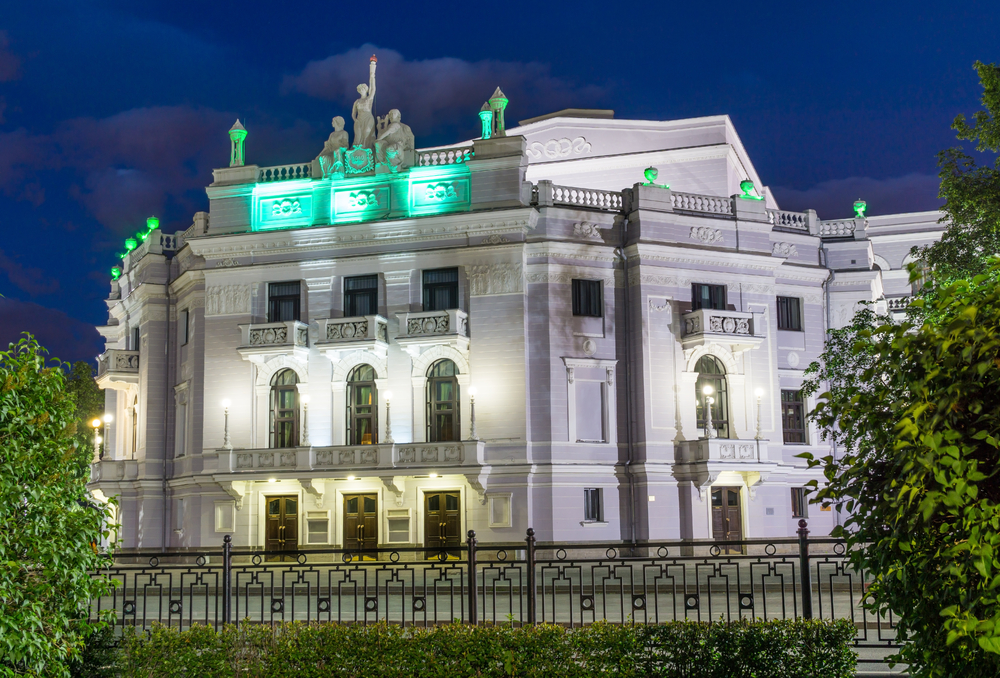 In the heart of the city, the Iset River Dam or plotinka, is the perfect place to take a break from exploring the city. Spend the afternoon relaxing in the manicured gardens or take a stroll along the pedestrian boulevard.

Memorial
The Black Tulip War Memorial, Yekaterinburg | © Jason Eppink/WikiCommons
Pay your respects to the soldiers who lost their lives during the War in Afghanistan and the Chechen War. Named after the aircrafts responsible for transporting bodies back to Russia, the names of fallen service personnel are inscribed on the monument.
More Info
Open In Google Maps
111 Ulitsa Mamina-Sibiryaka, Yekaterinburg, Sverdlovskaya oblast', 620075, Russia
View menu
Visit website
Visit Facebook page
Send an Email
Give us feedback

Just up from the Iset River are the city ponds, another great place to watch the world go by. Stroll around them in summer or skate across them in winter. 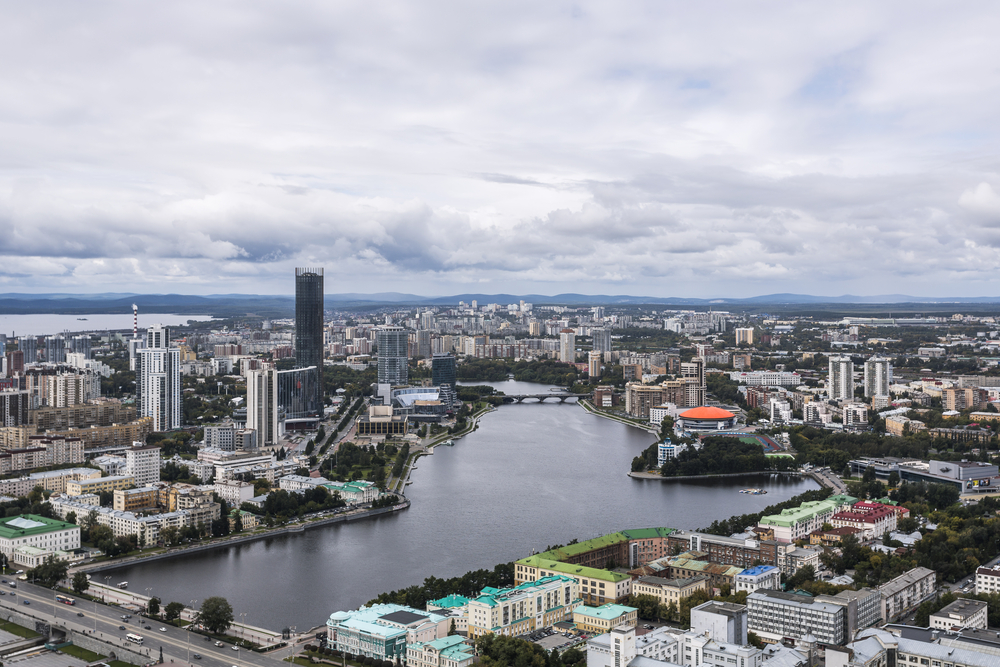 Monastery
Contemplate this gentle tribute to the Romanov family who were thrown unceremoniously down the Ganina Mining Pit upon their execution. Just out of town, the monastery is a conglomerate of wooden chapels, statues and photographs commemorating the fallen family.
More Info
Open In Google Maps
Sverdlovskaya oblast', 624090, Russia
+73432190848
View menu
Visit website
Visit Facebook page
Send an Email
Give us feedback

Church upon the Blood

Church, Memorial, History Museum
Church upon the Blood | © Carnby/WikiCommons
This church was built on the site where the the Romanov family, Russia’s last royal family, were executed by the Bolsheviks under Lenin’s orders. Completed in 2003, the basement of the original home, the Ipatiev House, has been incorporated into the design.
More Info
Open In Google Maps
10 Ulitsa Tsarskaya, Yekaterinburg, Sverdlovskaya oblast', 620075, Russia
+73433716168
View menu
Visit website
Visit Facebook page
Send an Email
Give us feedback

Building
Looking out from Vysotsky Viewing Platform | © Эрлинг/WikiCommons
Gaze across Yekaterinburg’s sweeping skyline from the Vysotsky Viewing Platform and get your bearings as you take the city in.
More Info
Open In Google Maps
51 Ulitsa Malysheva, Yekaterinburg, Sverdlovskaya oblast', 620075, Russia
+73433469696
View menu
Visit website
Visit Facebook page
Send an Email
Give us feedback

Museum
Museum of Military Equipment | © Vadim Smalkov / WikiCommons
Found on the city outskirts, this museum has an impressive collection of vintage and retro military vehicles. Educate yourself with one of the largest and most comprehensive collections of army boats, planes, tanks and artillery pieces in the world.
More Info
Open In Google Maps
2 Ulitsa Aleksandra Kozitsyna, Verkhnyaya Pyshma, Sverdlovskaya oblast', 624091, Russia
+73436846784
View menu
Visit website
Visit Facebook page
Send an Email
Give us feedback

Learn about the federation’s first president in this expansive complex. Containing a bookshop, gallery, library, and museum, the centre is a wealth of knowledge regarading Russia’s contemporary political history.

Relish youth counter-culture of the 1960s and consider the risks teenagers took to listen to Western pop music. One of the quirkier statues around town, this monumnet pays tribute to a band so influential, they were able to push through the Iron Wall and into the hearts of soviet teenagers. 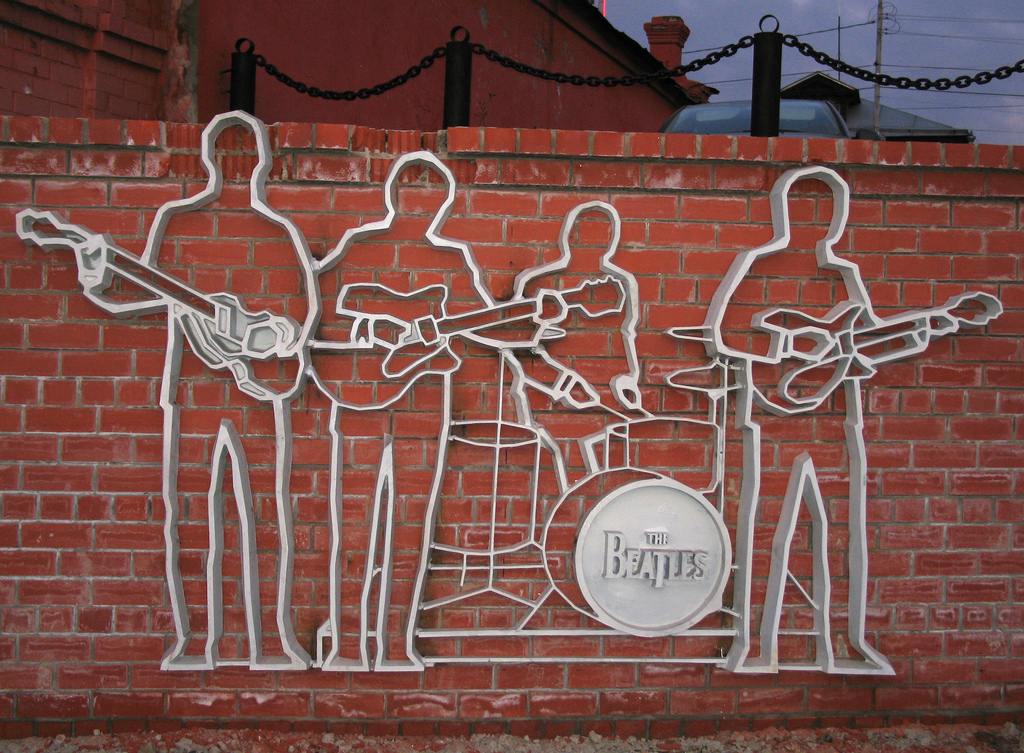 Monument to the Beatles I © yachmenev/WikiCommons

Museum of Stone-Cutting and Jewellery

Museum
The Ural Mountains are one of the most plentiful sources of gems and precious stones in Russia. Delight in the craftsmanship that goes into turning raw emeralds, diamonds and malachite into works of art.
More Info
Open In Google Maps
37 Prospekt Lenina, Yekaterinburg, Sverdlovskaya oblast', 620075, Russia
+73433711317
View menu
Visit website
Visit Facebook page
Send an Email
Give us feedback

Bask in the beauty of one of the finest palatial homes in the Urals. Built in the late 1700s, and once home to Lev Rastorguyev, one of the wealthiest merchants at the time, this old neoclassical estate’s use is currently in flux. 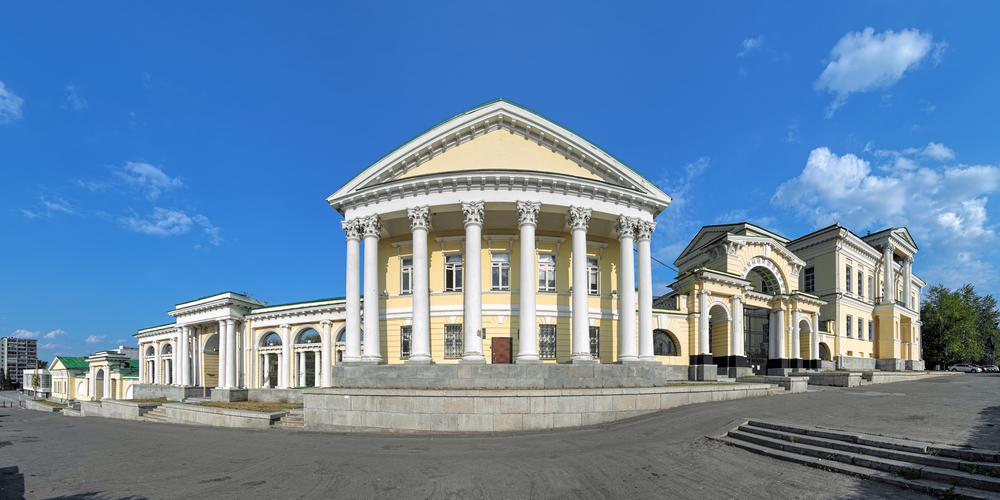 Celebrate the Ural Mountain’s rich cultural heritage in a city pocket dedicated to the authors and literati of the region. The enclave is a collection of wooden houses-cum-museums about local writers including Dmitry Mamina-Sibiryak and Pavel Bazhov. 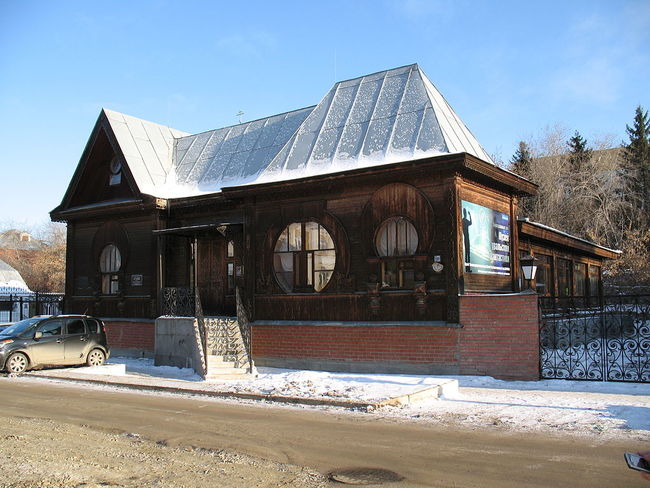 The United Museum of the Urals Writers I © anagoria/WikiCommons

Monument to AS Popov

Thank the physicist whose work contributed to the invention of the radio, Alexander Stepanovich Popov. Accredited for creating the first radio receiver in 1895, Russia claim Popov invented radio, not Marconi. 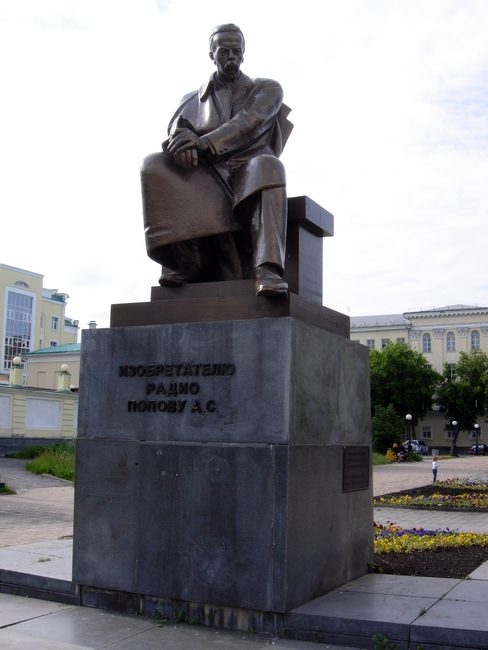 Monument to AS Popov I © Тара-Амингу/WikiCommons

In front of the Kosmos cinema and theatre, Yekaterinburg pays its respect to a pair of cinematic pioneers, Auguste and Louis Lumière. 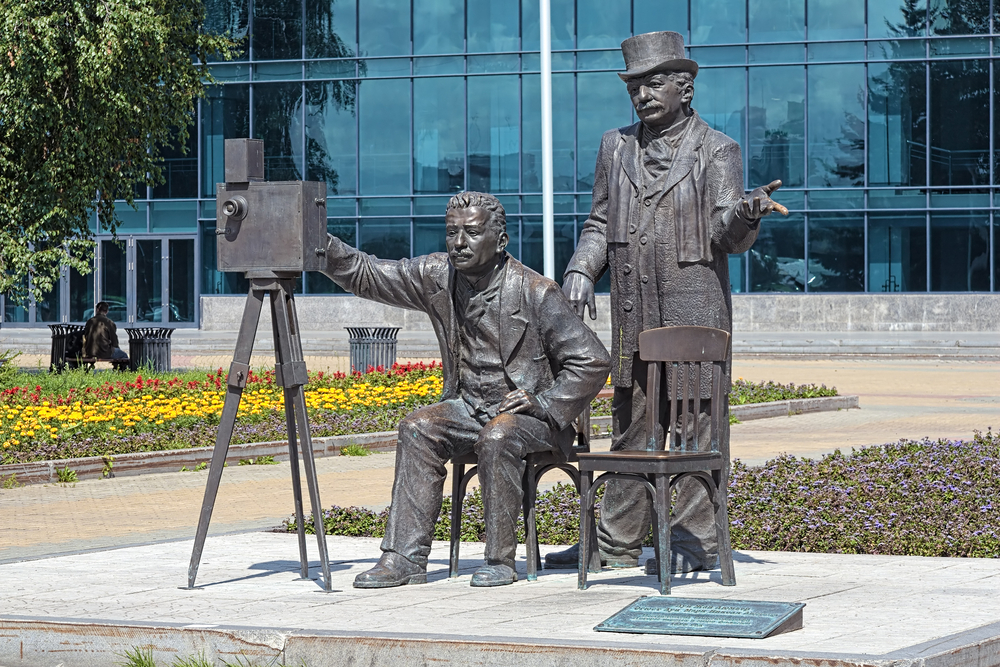 Monument to the Founders 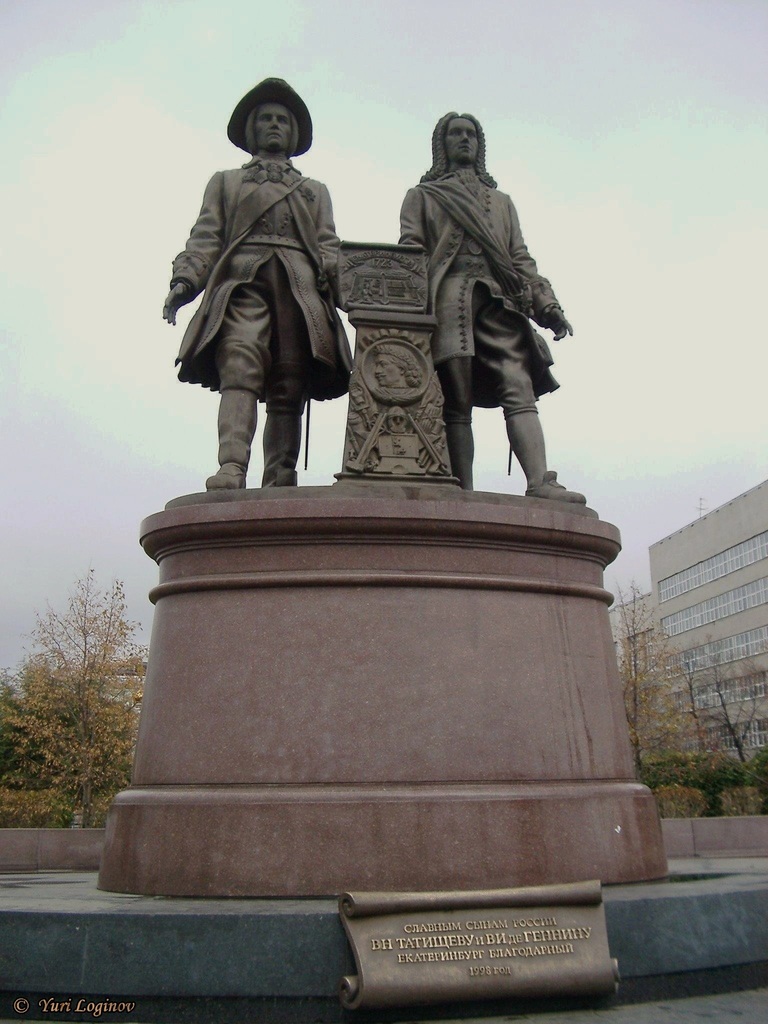 Monument to the Founders | © Yuri Loginov/Pexels

Explore Yekaterinburg’s subway system and be in awe of the stately station designs. While they may not be as epic as Moscow’s metro stations, they are well worth discovering. 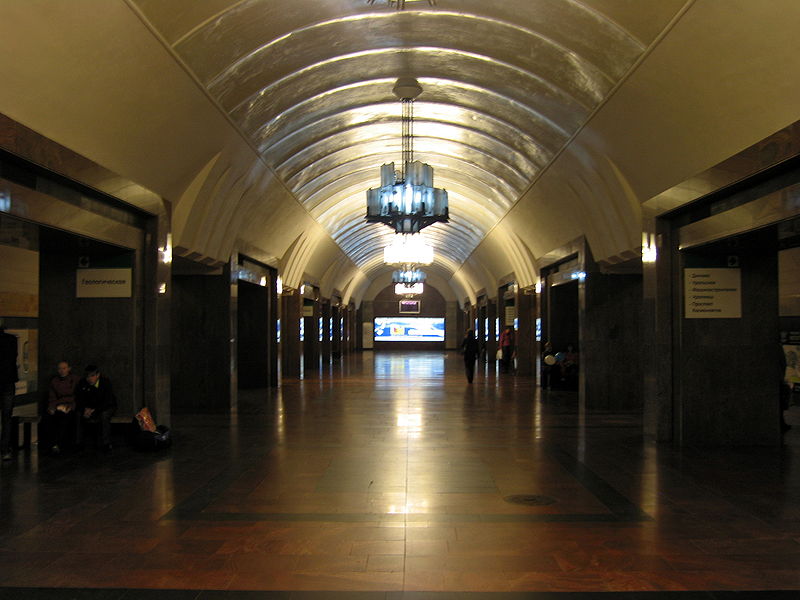 Arguably the most opulent building in the city, the estate dates back to the early 1800s. Now, it serves as a presidential residence, accommodating both Vladimir Putin and Dmitry Medvedev.