The first places tourists think of visiting in Saint Petersburg are often the Hermitage or St.Isaac’s Cathedral, but these may not show you all the city has to offer. Since every person has different interests, we made a list of unconventional must-visit places in the area to accommodate all tastes. 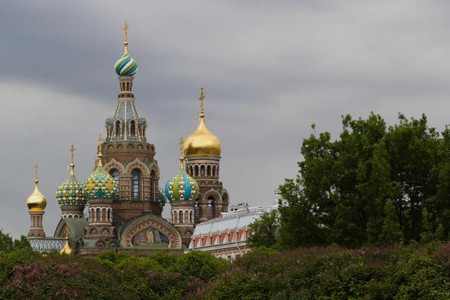 Explore the rich history of the Anichkov Bridge

Bridge
Facebook
Email
Twitter
Pinterest
Copy link
Share
Map View
The Anichkov Bridge, first constructed in 1715 as a passage to and from the city, has recently become a must-see spot in Saint Petersburg. The bridge’s four statues of horse-tamers created by Peter Clodt von Jürgensburg impressed the Emperor Nicholas II so much that he commissioned copies of the horses and sent them to the Italian king Ferdinand II as an official present. These copies can now be found in Nepalis, decorating the gates of the Palazzo Reale. During the Second World War, the German army bombed the city, and the damage of those bombs can still be seen on the bridge today. Fans of Russian literature will be interested to learn that famous authors including Alexander Pushkin, Nikolai Gogol and Fyodor Dostoevsky all mentioned this bridge in their works.
Open In Google Maps
Nevsky prospect, Tsentralnyy rayon Sankt-Peterburg, 191025, Russia
Visit Website
Give us feedback

Bar, Russian, $$$
Facebook
Email
Twitter
Pinterest
Copy link
Share
Map View
In Dead Poets Bar you won’t find any parties or DJs, but you will find a selection of over 80 great whiskeys from countries including Scotland, Ireland, the US, and Japan. They also have a list of reasonably priced wines and food items, such as anchovy sandwiches for $2. For the sophisticated tourist, the Dead Poets Bar also hosts cultural events such as lectures from time to time, and has a section on their food menu dedicated to pâté.
Open In Google Maps
1 этаж, 12 ulitsa Zhukovskogo, Tsentralnyy rayon Sankt-Peterburg, 191014, Russia
+78122004027
Visit Website
Give us feedback

Picture yourself with a bas-relief of Salvador Dali

This memorial to Salvador Dali is a part of the Centenaries Wall, a complex artwork carved into a simple building on Kamennoostrovsky Avenue near the Andrey Petrov garden. The work was designed in the shape of a clock, with the dial consisting of 12 identical portraits of Dali. This art project was designed to commemorate outstanding people, and also includes Dmitri Shostakovich the composer, Dmitry Likhachov the scholar, and Daniil Kharms the poet. Kirill Miller, the creator of the memorial, has said that this wall represents the continuity of generations and cultural traditions. In comparison to other Saint Petersburg historical buildings and monuments, which often date back to the 18th or 19th centuries, this memorial was created less than 15 years ago. After you make the trek to find this amazing wall, reward yourself with a picture of yourself in the company of the influential people represented in the art.

Museum
Facebook
Email
Twitter
Pinterest
Copy link
Share
Map View
There are three museums dedicated to Freud, the legendary contributor to psychotherapy – one in Vienna, another in London, and the third in Saint Petersburg. The fact that there’s a Freud museum in Saint Petersburg doesn’t seem to make sense. The psychoanalyst was born and raised in Vienna, and lived in London, but Russia seems disconnected to his life. Indeed, it is not connected to the man’s life or academic route. Founded in 1999, the museum commemorates the century after the first release of Freud’s book ‘The Interpretation of Dreams’. The exposition reflects his passion for collecting antiquities and objects of historical value.
Open In Google Maps
18А Bolshoy Prospekt, Sankt-Peterburg, 197198, Russia
+79117842117
Visit Website
Give us feedback

Feed ducks in the Yusupovovskiy Garden

For bird-lovers with an hour to kill, the ducks in Yusupovovskiy Garden await you. Take a loaf of bread, a good camera and try to persuade local ducks. Located in Yusopskiy Sad, which is between the Fontanka River and Sadovaya Street, this is a peaceful way to spend an afternoon.