The Top 12 Communist Movies Every Film Buff Should See

Ever since the rise of the Soviet Union and the ensuing Cold War, there has been a fascination with Communism across politics, society and the arts. Communism and Communist ideology have been a central feature of some of the past century’s most acclaimed and widely watched films. Here are 12 films made by or about communists which are indispensable in any good movie collection.

Often heralded as one of the most influential propaganda films of all time, Battleship Potemkin remains an important record of film and political history some 90 years after its initial release. Sergei M. Eisenstein‘s film is a fictionalized account of the naval mutiny aboard the Potemkin and the ensuing street demonstrations in response to the Tsarist regime. By dealing with the issues that Russians dealt with in the lead up to the Revolution and how Communist values can lead to a more ideal society, Eisenstein creates a both convincing and engaging film that serves well as propaganda material and entertainment.

Fritz Lang‘s German science fiction masterpiece is widely renowned as being the most influential silent film ever produced. The central plot of Metropolis centers on the divide between the workers and planners in a futuristic city. A love story between the son of a prominent planner and a working class prophet upsets the usual order within the city. The Communist subtext within the film meant that there were a range of different cuts for distribution over the years. Few films have had so much influence in cinematography and storytelling in cinema’s history.

From one film about German Communism to another, Ernst Thälmann is a biopic in two parts which tells the story of Communism in Germany through Thälmann’s life from 1918 up to his murder in 1944. The first part, Son of his Class, shows Thälmann as a soldier on the Western front and explores how his political views changed over this time. The second part, Leader of his Class, shows Thälmann’s attempt to achieve a united front with all German workers against the Nazi party, and the ensuing war against Fascism.

One of the most successful, critically acclaimed and popular films of the 20th century, which also spurred a remake in 2004. A Cold War suspense thriller like no other, and indeed a film that sets itself apart as being unique within the general cinema landscape, it was released at the height of the Cuban Missile Crisis. With its central plot about Communists brainwashing, it is a unique snapshot of the U.S. fears about Communism during the period. The Manchurian Candidate is an unmissable watch for anyone that is interested in film or politics.

Set in Italy, 1900 is a comparison between Communism and Fascism as explored through characters from different social classes. This epic film spans from 1900 to 1945, charting the great social upheaval in the country during this time. Robert De Niro and Gérard Depardieu star as landowner and peasant respectively, and the film is a testament to how class inequalities impact friendships and ideals, and how these differences may be overcome. It is also renowned for its highly explicit scenes.

The Killing Fields is one of the most celebrated documentaries from the 1980s. It is based on the experiences of two journalists, one American and one Cambodian, during the time of Pol Pot‘s Year Zero cleansing campaign, which cost the lives of 2 million citizens. It captures the fear, violence and horror of the events in the period. It tells both the larger political story and smaller, personal stories of the photographers and other citizens of Cambodia. While the cinematography is among the best in documentary, it is the human stories featured in the documentary that really makes the film excel.

There were seven years between Interrogation‘s completion and its eventual release date. This was due to its heavy anti-Communist themes, and it wasn’t until the dissolution of the Eastern Bloc that it was finally allowed to be screened, although it did receive a cult following and underground circulation through pirated videos in the 80s. The film follows a cabaret singer who wakes up in prison after a night out drinking, and is tortured into confessing about crimes that she didn’t commit. A heavy critique of the sentiment of fear and humiliation in Communist Poland. 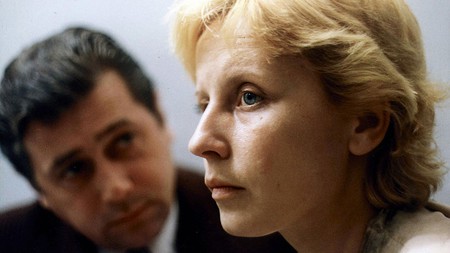 Of all of the Communist states and parties around the world, India‘s communist history is comparatively less explored in mainstream media. Lal Salam explores the early days of the Communist Party in Kerala told through the eyes of three comrades. During this time, Communism was illegal to practice in India, and the three main characters experience a number of difficulties due to their affiliation with the party. The film engages with the lengths that people were willing to go for their beliefs and, as a companion to other films on the list, shows the limitations of being both pro- and anti-Communism. 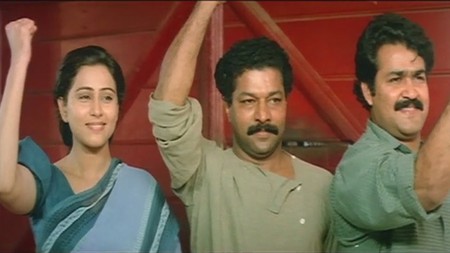 Films that are banned or deemed controversial often gain more attention than they may have done otherwise. The Blue Kite was banned by the Chinese government upon completion, and Director Zhuangzhuang Tian had a ten year film-making ban imposed on him. The film nonetheless found a substantial international audience, and is regarded as a prime example of China‘s fifth generation of filmmaking. The film tells an important personal story in a time when the individual was being suppressed by the state. A critical but honest record of life under Mao’s Communism. 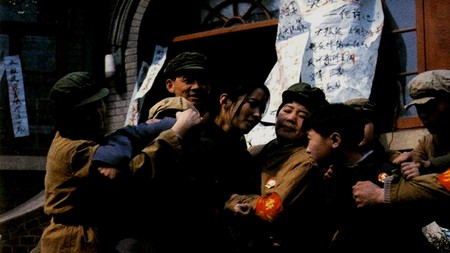 Land and Freedom is a film by acclaimed Director Ken Loach, telling the story of an English Communist who leaves his Liverpool home to fight against Fascism in the Spanish Civil War. Some of the more successful films about Communism place it in relation to other political ideals. By putting it in a wider picture, Communism becomes a more well-rounded topic of exploration and the strengths of pitfalls of different political ideas become apparent. Here, Communism is identified as a uniting factor, bringing people from different social and national backgrounds together.

A film about the fall of East Germany told from the point of view of one family. The film initially shows pride in East Germany, with their countrymen being among the first to enter space and the mother being an ardent supporter of the Socialist Unity Party of Germany. Good Bye, Lenin! explores what it means to have a nation disappear before your eyes, and how people had to adjust to reunification. The film succeeds in being touching and though provoking, while the humor that is woven into the storytelling makes it an enjoyable and more relatable portrait of this period.

During Mao’s regime, Nepal surprisingly became home to one of the most prominent insurgencies, and resulted in a dramatic and protracted civil war. The insurgents extensively recruited children, many joining voluntarily when they were as young as 11 years old. Returned: Child Soldiers of Nepal’s Maoist Army visits many of these children after they return home from the war. They tell their stories of why they joined the army, what their experiences were, and how they are adjusting to civilian life when many of their communities have turned their back on them. The film is a stark portrayal of the hidden stories in Communist regimes.