The Top 10 Things To Do In Lake Baikal, Russia

Lake Baikal is big and diverse, so everyone can interpret the phrase ‘perfect holiday in Lake Baikal’ in their own way, from sitting on the shore of Lake Baikal in a deck chair to pulling on a heavy backpack and hiking up a mountain. The area surrounding Baikal is unique, and many of its plants and animals exist only in this area. Below is our selection of the best things to do in Baikal.

The Baikal Mountains are located in the northwest of the lake and border the Siberian Plateau. Climb the highest mountain within your sight during your stay at Lake Baikal. Do not forget to grab your camera to capture picturesque and stunning views along your way. Bring your most sturdy backpack with food provisions, as you will definitely feel hungry after a long exploratory walk. Forget about your problems and worries and admire the grandeur of Lake Baikal. 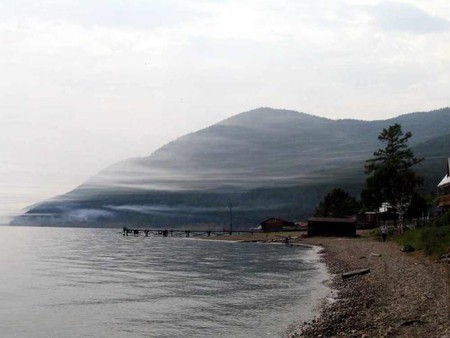 On the shores of Lake Baikal, you can try the most tender and fresh fish prepared using one of seven methods, 1) sun-dried, 2) cold smoked, 3) hot smoked, 4) crispy fried, 5) in a triple Baikal ukha soup, 6) salted and 7) baked to goad. Smoked omul is the most common dish in the Baikal region, and is a must try for all visitors. It is sold in all popular tourist spots and coastal towns, so there will be no difficulties in finding it. Every time the taste is slightly different, but always delicious, flavorful and fresh. In fact, it should be eaten immediately after its preparation. 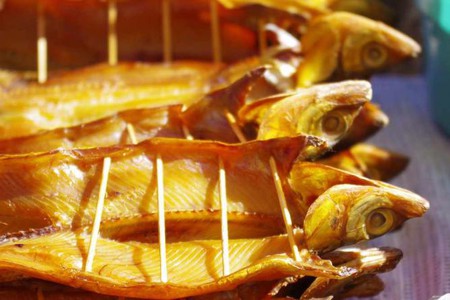 Make a wish in one of the places of power

There are many special places on Lake Baikal where energy is said to be felt much more strongly. Special places for appeasement of local spirits, called Obo, are the main locations of these special places of power. It is necessary to placate the local spirits so that they will be supportive of your trip. Make a wish by tying a ribbon around a small gazebo, a pillar or a tree, or by leaving a coin, and be sure it will come true.

Take a photo with Shamanka Rock

The famous Cape Burkhan, also known as Shamanka Rock, is one of the most photographed spots in Lake Baikal. Located on Olkhon Island in Khuzhir village, it is a place of power and mystery. The mystical and beautiful white marble rock appears amazing on pictures in all cases. Furthermore, on the island, you can meet the shaman who will hold a ceremony for your welfare and will make a wish on the altar of the appeasement of spirits.

The Circum-Baikal Railway is a famous architectural monument of the 20th century and is part of the East-Siberian Railway. Abandoned tunnels and stone galleries, bridges and the picturesque scenery of Baikal attract hundreds of tourists any time of the year. A typical tour of the Circum-Baikal can start from Irkutsk rail station or Baikal Port. Circum-Baikal Railway is a historical incumbent and an engineering monument, and the length of the old Circum-Baikal railway is 85 kilometers. In the first years of its existence, the railway was often called ‘the golden buckle of the steel belt of Russia’, because the construction cost the country enormous sums of money and the result pleased many with its elegant engineering solutions. 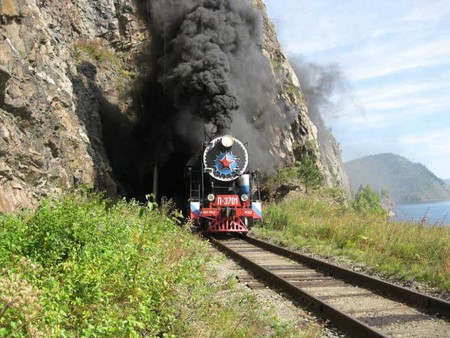 Plunge into the water of Lake Baikal

The pure clear water of the Lake Baikal encourages many to plunge into its waters. Only courageous people swim in open Baikal because the water there is very cold. However, the water in the bays gets warmed to a comfortable temperature, so even the children can splash around. Some popular spots for tourists include the beaches of the Olkhon Island, Sandy Bay and the Small Sea, where people can explore and dive. Sarayskiy Beach, located north of the famous Burkhan Cape, is the most beautiful beach on the lake. It stretches for three kilometers and its golden sand dunes are framed by pine forests.

It would be a huge mistake to visit Baikal, but not see the nerpa seals, which are the symbol of this place. The easiest way to spot them in their natural habitat is to go on a cruise on Lake Baikal. You will be able to see them protruding from the water, or you can go to the nerpinary and see a show with these intelligent animals. Finally, Ayaya Bay, located on the northern shore of Lake Baikal, is the part which contributes to the preservation of Baikal’s extraordinary beauty. In this bay, on rocks protruding above the water, you are also likely to witness nerpas basking in the warm sun. 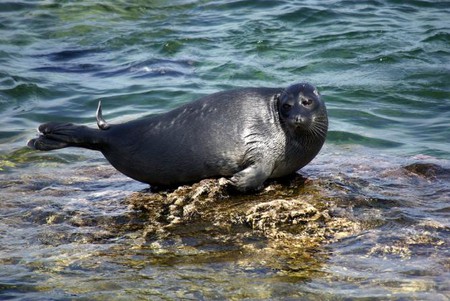 Another Siberian phenomenon in Lake Baikal is its hot springs. Located 80 km from Severobaikalsk, and surrounded by beautiful forest full of cedars, the therapeutic Khakasy hot springs rarely get crowded, but in order to get into the hot water, supplied by an underground source you will experience your own five minutes of a freezing hell while getting from the locker room to the shared bath. While the visual aesthetics of the Baikal thermal baths are based on Japanese Onsen (thermal baths), when you sit in a natural hot tub during the cold weather it does not really matter. 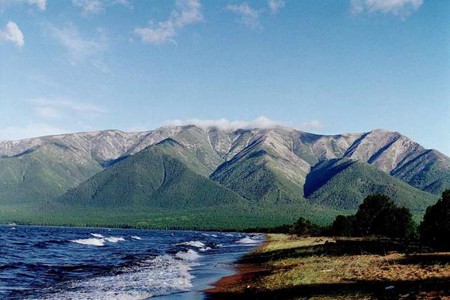 The Valley of Sarminskoe begins at the foot of the Primorsky Range, where the stream of Sarma flows into the sea near the small village of the same name. Over the years, the river broke through the gorge in the rocks, which today serves as a giant wind tunnel, through which the cold mountain air rushes to Baikal at a hurricane speed of nearly 60 km per hour. This picturesque valley, almost 500m deep, is easily reached on foot.

While relaxing in the comfortable lodgings on the shore of Lake Baikal, it is impossible not to try the national culinary pride of Buryatia, buuzy, better known as posy. For their preparation, the pork, lamb or beef meat is minced and rolled into a dough with a hole at the top for steam to come out. Posy is prepared very fast, using steam from the boiling fat. This dish is easy to prepare and very nutritious and will keep you warm during cold Siberian winter days. 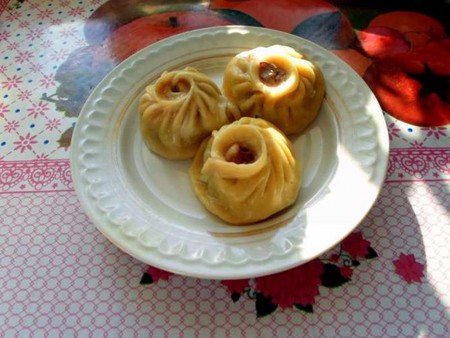