The Top 10 Things To Do And See In Vladivostok 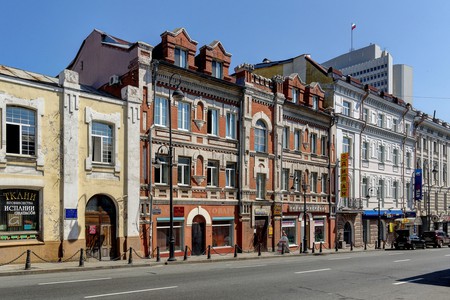 Located more than 9,000 kilometers from Moscow, Vladivostok is not a particularly touristy. However, the city has a lot to offer. Read our guide to the top ten things to do and see in Vladivostok, Russia.

Built in anticipation for the APEC summit in 2012, the Russian Opera House is an unusual sight in Vladivostok, where tradition usually triumphs over hip innovations. Designed as a cube in a cube with glass walls, this Opera House holds three stages – the grand hall, the small stage, and the summer stage, which is open from late spring until early autumn. To culture yourself with old opera and ballet classics, or listen to breathtaking symphonies, visit the most modern theater in the far east. 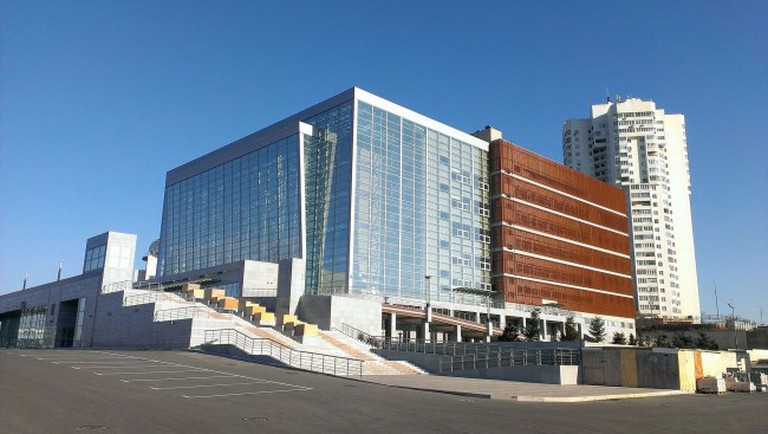 Vladivostok finds itself between western and eastern influences and as the largest easternmost Russian city that sits on the North Pacific. The food found in Vladivostok can be Russian, Italian, Czech, Georgian, Chinese, Japanese and even North Korean. If you get a chance, try sea urchins – you can even fish for them yourself. 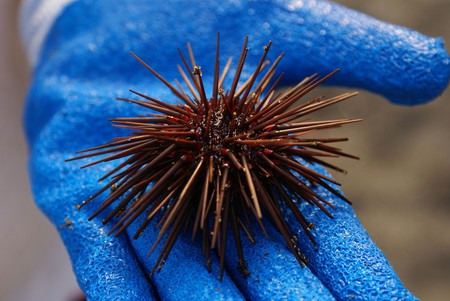 Sea Urchins are a Delicacy | © Fernandoge/WikiCommons 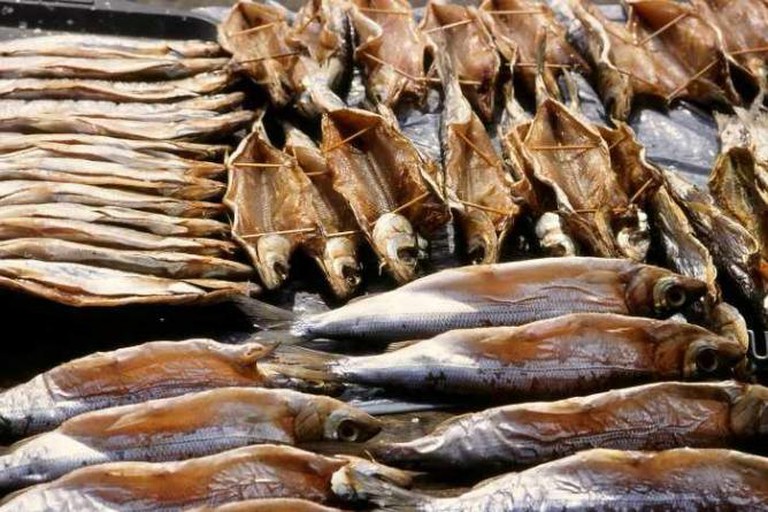 Fish markets in Russia | © Jan van der Crabben/Flickr
The best fish market in the city can be found in Sportivnaya Market, which is the largest market in Vladivostok and a favorite with the locals. Here you can find anything – music, films, kitchenware, clothes, toys, and, of course, food. In most cases, you can buy straight from the farmers themselves, and the fish and shellfish here are freshly caught and cooked. You can try Kamchatka crabs, king prawns or small crayfish, and enjoy it right there, on the benches overlooking the waterfront.
Open In Google Maps
Vladivostok, Russia
Give us feedback

Vladivostok’s funicular is one of two electric kinds of transportation in the country; the other one being in Sochi. More than 50 years old, it is still an indispensable mode of transport for people from Vladivostok. The ride is not very long, but it is cheap, used by locals, and most importantly, you get to see beautiful scenery. The top end stop of the funicular takes you right next to the main viewing platform of Vladivostok, at the top of Eagle’s Nest Hill. 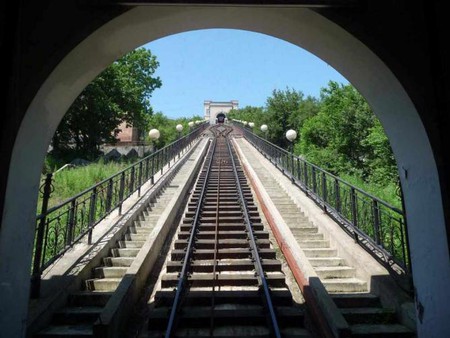 As a highest point in downtown Vladivostok, Eagle’s Nest Hill, offers the best panorama views of the city. It also happens to be the geographical center of the city, with its television tower and radio-transmitting center located here. You can take the funicular, or hike up the hill, but do not forget your camera as the views of Vladivostok are truly breathtaking. Eagle’s Nest is in fact an extinct volcano, being a part of the Sikhote Alin Mountain range. 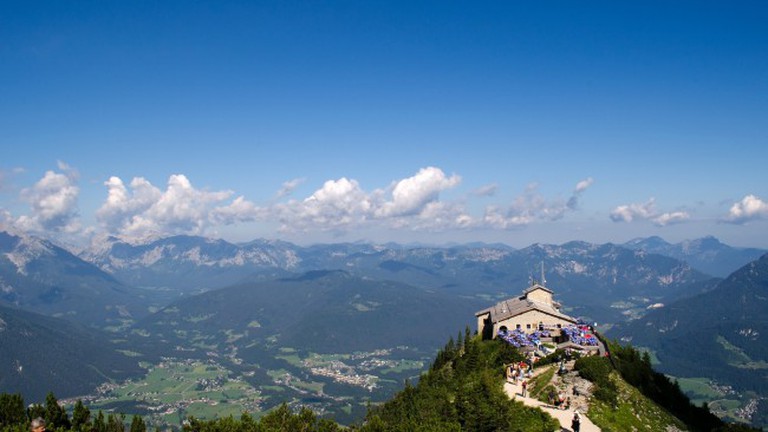 Banya, or a Russian sauna, is one of the oldest and most famous of Russian traditions. Even though the first mention of Russian steam baths go as far back as 945 AD, it is still wildly popular this day and can be found even in small towns. Russian steam baths usually have three rooms: an entrance room, a washroom, and a steam room. The temperatures sometimes exceed 93 degrees celsius, and special sauna felt hats are worn for protection. Bunches of branches, named banny venik, containing eucalyptus and oak, which secrete aromatic oils, are used for massage and to improve circulation. 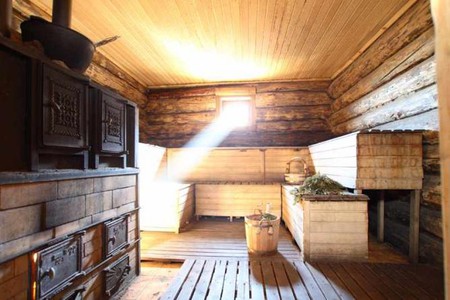 Since opening their doors on August 1st, 2013, Zarya Center for Contemporary Art is just that – a space where people can come and interact with art in any way they like. Read books, have a conversation while sipping tea, play games, look at exhibitions, or even participate in the creation of it. Housed in a converted factory loft, CCA Zarya encourages people to take an interest in fields such as cinematography and theater, literature, art, design and architecture, music and new media. Zarya not only opens its doors to everyone, they also regularly host lectures on various topics as a part of an educational program. 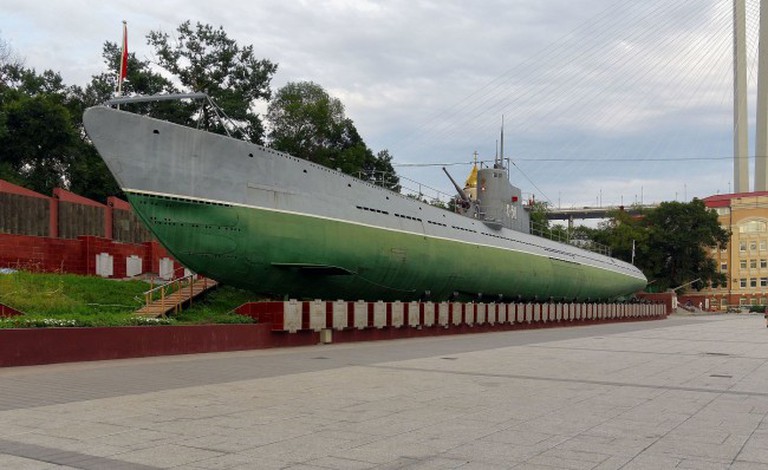 Vladivostok Submarine S-56 | © Alexxx1979/WikiCommons
A short walk from the port, the S-56 Submarine Museum is an 80-year-old submarine which was functioning until 1975. You can inspect the outside of the 77.8-meter-long submarine for a small price, and you can also enter the Soviet S-56 submarine to see the interiors. There is also a small space converted into a museum; be prepared to spend some time in confined spaces.
Open In Google Maps
Korabel'naya Naberezhnaya, Vladivostok, Primorskiy kray, 690091, Russia
+74232216757
Visit Website
Give us feedback

Taking a stroll in Sukhanov Park, you might encounter a public bookcase, an Art-Object bookshelf. The bookshelf is an interactive art piece, encouraging the public to pick up a book, sit down and read it on one of nearby benches. People are also encouraged to bring any books they would like to share – be it old classics or modern wonders. This idea came as a response to people’s everyday immersion in the virtual world and reminds people to take a step back, slow down, and read for a few minutes. 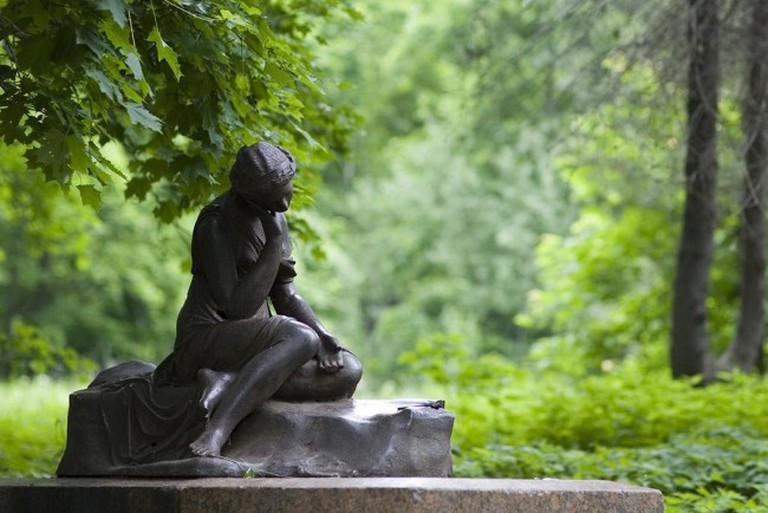 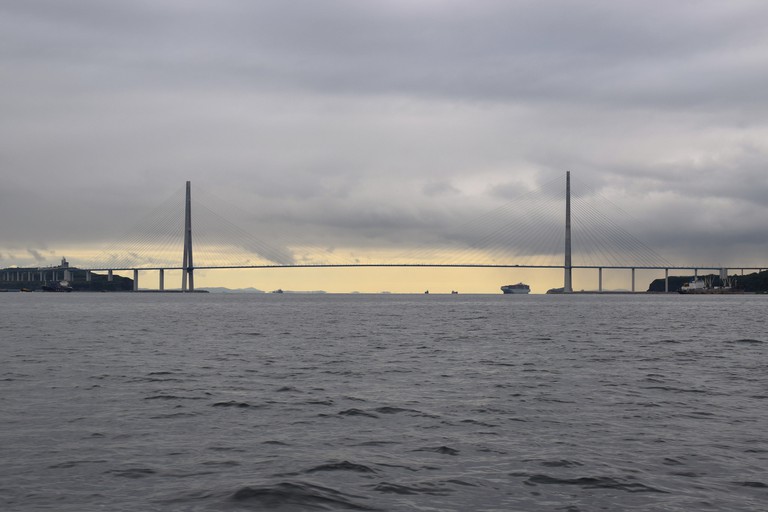 Russky Bridge | © Raita Futo/Flickr
In preparation for the 2012 APEC, two bridges were constructed in Vladivostok, one of them being the Russky Island Bridge – currently the longest cable-stayed bridge in the world. Its 3100 meters connect the mainland Vladivostok with the Russky Island. The suspension cables are tri-colored white, red and blue, representing the flag of the Russian Federation. Russky Island Bridge is a beautifully designed bridge that does not take long to drive over, and you can see it from most parts of Vladivostok. Oftentimes it is likened to the iconic Golden Gate Bridge in San Francisco.
Open In Google Maps
Russia
Give us feedback
Give us feedback