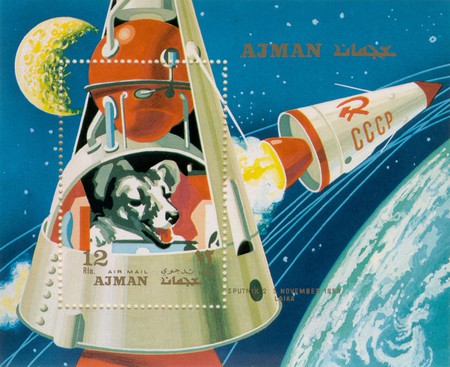 While Yuri Gagarin was the first man to orbit the Earth, his achievement was only a world first for humankind and only made possible by the space explorers before him. In the name of scientific research, the Soviet Union sent several dogs into space prior to Gagarin’s 1961 landmark accomplishment. In November 1957, the world watched on as a three-year-old mutt shot off into the atmosphere aboard Sputnik 2. On it was the true first pioneer of space: a mixed-breed dog named Laika.

As part of the prolific Soviet space programme, street dogs were used to further the scientific study of space and gravity at a time when researchers were still trying to figure out the effects of weightlessness on the body. Found on Moscow‘s streets, Laika was one such canine. 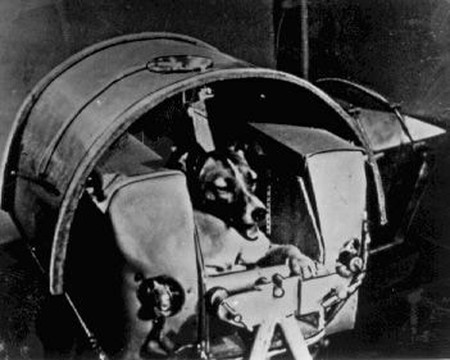 Strays were chosen because Soviet scientists believed they had developed the resilience required for space exploration. Preferred over the monkeys used in the American space programme, street mutts were thought to have a resilience and a hardiness to them that were essential for withstanding the gruelling conditions of space aviation. Female dogs were also preferred over male dogs as they were generally smaller and more placid, and eliminated the very real problem of what to do with a cocked leg inside a rocket.

Before departure and like the cosmonauts that followed her, Laika had to undertake training in preparation for her adventure. Along with two other dogs that were also being prepped for space aviation, Laika was kept in a cage and trained to eat a nutritional jelly-like substance, which would be her food substitute for the trip. 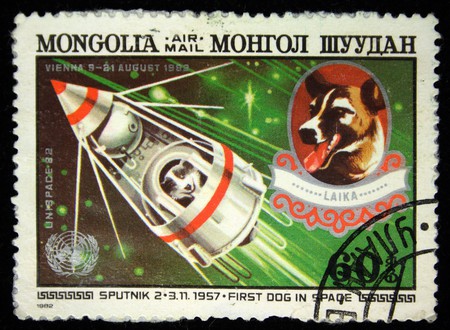 Laika’s mission was never intended to be a round trip – no provisions were made in time for the safe return of the rocket. Sputnik 2’s launch was to coincide with the 40th anniversary of the Bolshevik Revolution, and there wasn’t enough time to plan for the rocket’s safe return. The rocket orbited Earth 2,570 times before combusting in the atmosphere in April 1958.

Laika died early on into the mission, although this fact was initially hushed over. Early reports claimed she had died by various means, including ethical euthanasia or that she had run out of oxygen on the eighth day. In 2002, the truth revealed that Laika had suffocated within the first several hours of the mission. 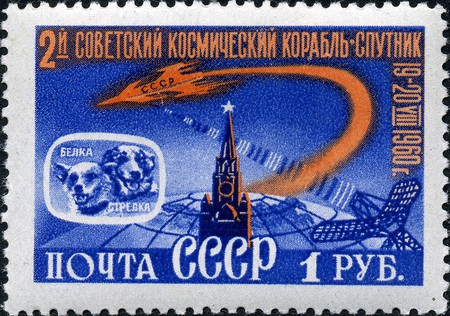 The USSR Space Dogs adorned stamps, trinkets and toys and were all over the media. | via WikiCommons

Although tragic and not without backlash, her death and efforts were instrumental in future Soviet space endeavours and research. Laika paved the way for the following successful mission completed by Belka and Strelka, which brought humankind one huge step closer to entering space. Belka and Strelka were two more strays who survived an orbit of Earth in 1960 and were rewarded with all the sausage they could eat upon their return.

The Soviet Union sent over six mongrels into space before Gagarin orbited the Earth, which triggered a wave of appreciation for street dogs across the USSR. In schools, children were taught how to be nice to strays, and the price of mixed-breed dogs grew. At the forefront of all this adoration were these three canine heroes of space.

Belka and Strelka successfully orbited the Earth | via WikiCommons

After their completed mission, Belka and Strelka joined Laika as new cultural icons and were adored by the Soviet masses. These sweet dogs of space were soon to be found on trinkets and memorabilia and in the media, as they made their way into pop culture and into the hearts of the Soviet people.