The Smallest Countries to Reach a World Cup Final 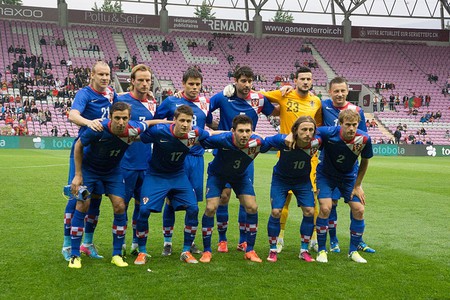 Croatia play France in the final of Russia 2018, but with a population of less than five million, are they the smallest nation to ever participate in football’s biggest occasion?

The first hosts, not to mention champions, are also the smallest nation to ever reach a World Cup final when you measure purely by population, rather than geographical size. In 1930, when La Celeste beat Argentina 4-2 in the final, just 1.7 million people were living in the country. By the time they repeated their success 20 years later, against hosts Brazil, their population had risen to around 2.2 million. Although their population had grown by more than 20 percent in 1950, it’s still smaller than any other nation in this list.

This year’s finalists are in their first-ever World Cup final as an independent nation. With a population of around 4.2 million, only two-time winners Uruguay have managed to make a final with a smaller talent pool. In contrast, their opponents France have a population of just under 67 million.

When Pelé’s Brazil won their first World Cup it came at the expense of Sweden in 1958. Like Uruguay in 1930, Sweden managed to make the final of the only World Cup that they’ve ever hosted. With a population of 7.4 million people at the time, perhaps they relied as much on their home crowd as the Uruguayans did in 1930, something Croatia don’t have the luxury of at Russia 2018.

Although they lost on both occasion, Hungary, a former powerhouse of world football, has reached two World Cup finals – they played Italy in 1938 and West Germany in 1954. When they lost to Italy the Hungarian population was approximately 9.1 million, while when the Mighty Magyars – one of the most talented football sides in history – lost to the Germans the country’s population had grown to around 9.7 million.