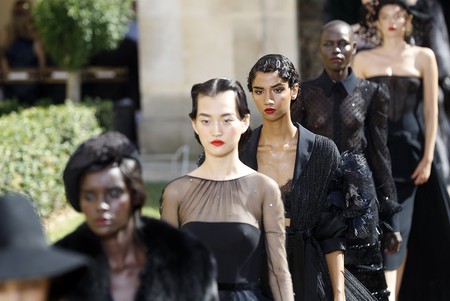 Though not yet recognised as a key influencer, the Russian fashion industry is shifting steadily into focus. Since the launch of Russian Fashion Week in 2000, the number of directional, exciting (and sometimes controversial) young designers has grown at an impressive rate, making other industry players take notice.

Every city’s fashion has its traits; Milan is awash with opulent fabrics and rich, feminine detailing, while New York traditionally channels a sleeker look. In Russia, the style is vibrant, contemporary, and completely unique.

‘Russian fashion has a very young energy. Unlike many other cities, there are no authoritative names and no one who has set an overarching aesthetic so there’s a big opportunity for any new designer to become that name. There’s a definite sense of freedom for designers; you can create your own rules,’ says designer Alisa Kuzembaeva. 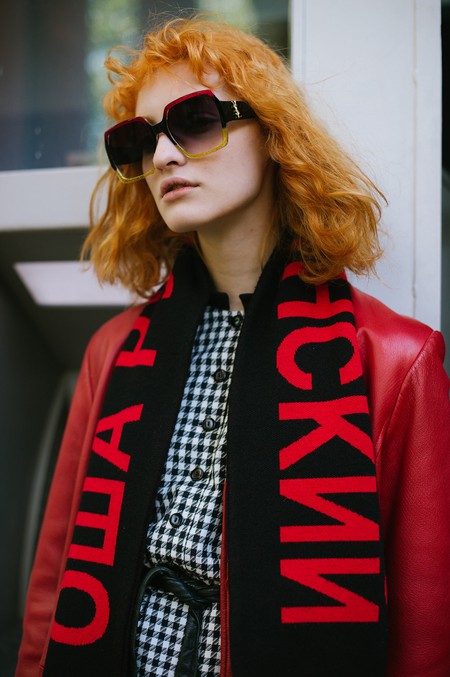 Perhaps these characteristics are a by-product of the standards set by Gosha Rubchinskiy, the ultimate Russian fashion success story, whose popular post-Soviet urban streetwear designs and are now stocked at the likes of Farfetch and Dover Street Market in the UK. Operating a successful fashion label outside of the four major industry capitals is never an easy feat, but with funded support from Comme des Garçons in 2012, Rubchinskiy’s label opened the industry’s eyes to the creative potential in his home country. This is a label that embraces quirky subcultures, mixes American and Russian aesthetics and nods to the post-Soviet fashion of the 1990s.

In an industry that evolves dramatically from season to season, Culture Trip introduces some of the most impressive contemporary labels in Russia.

Drawing on his expertise as a stylist and approaching design in a confident, explosive, ‘more-is-more’ kind of way, Alexandr Rogov puts a statement, runway-ready twist on the everyday. Denim and jersey separates come emblazoned with Rubchinskiy-esque slogans, while metallic fabrics and cut-out detailing increase the impact of contemporary evening-wear. Pieces target both the exhibitionist and the minimalist fashion follower, stay true to the aesthetic established by Rubchinskiy, and, somewhat essentially in today’s world, make for perfect social media fodder. 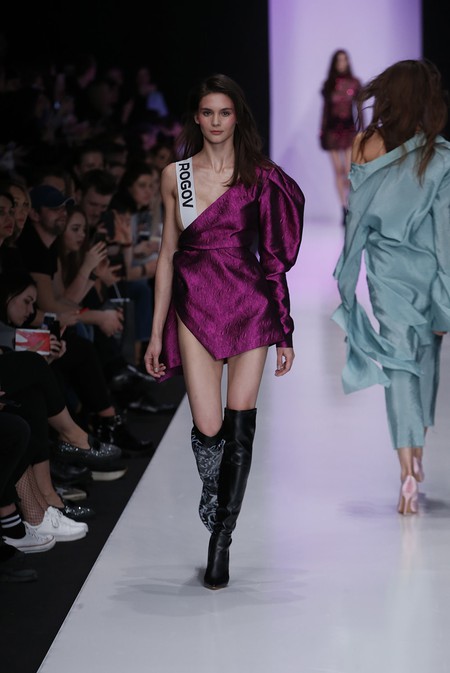 The empowerment of women is what drives Alisa Kuzembaeva’s inspiration; a timely and relevant topic and one that might just work in her favour when it comes to post-Fashion Week press coverage. When asked about the importance of feminism within her work, she says; ‘About six years ago I suddenly realised that society places different expectations on people based on gender. It shocked me. I want to work towards abolishing that and to change the world’s perception of the Russian woman. I’m making clothes for women who like to experiment and play in everyday life. Currently, there’s a huge patriarchal revival in Russia so I think that it’s important for anyone in a position of authority or creativity to be sending a positive message to the people who look up to them.’

Conceptual but wearable (a trait seldom spotted on the Moscow runway) Kuzembaeva’s designs wouldn’t seem out of place on the pages of Browns, but there’s depth to the inspiration behind the looks; ‘I take a lot of inspiration from Russian avant-garde design and I’m fascinated by constructivism and the bright, bold colours featured within the movement. El Lissitzky’s vibrant colour schemes are almost imprinted in my subconscious now. For silhouette, I look to 1920s Soviet painter and architect Vladimir Tatlin – the harsh lines of his designs form the starting point for a lot of my inspiration.’

Former haute couture client Ulyana Sergeenko may have had the benefit of insider industry knowledge when launching her namesake label, but she has successfully bypassed runway credentials to be a part of this elite Parisian conglomerate. Inspired by her grandmother, who worked as an atelier during the Soviet era, she worked with traditional seamstresses and lace-makers for her first collection as well as wood artists, who carved the detail into the AW11/12 footwear. Precision and craftsmanship remain a focus and the couture tick-boxes are all checked, but there’s something fiercely purposeful about her presentations – from the sharp-shouldered silhouettes to the stony-faced models – that sets the overall aesthetic apart from the traditionally romantic designs of this genre. 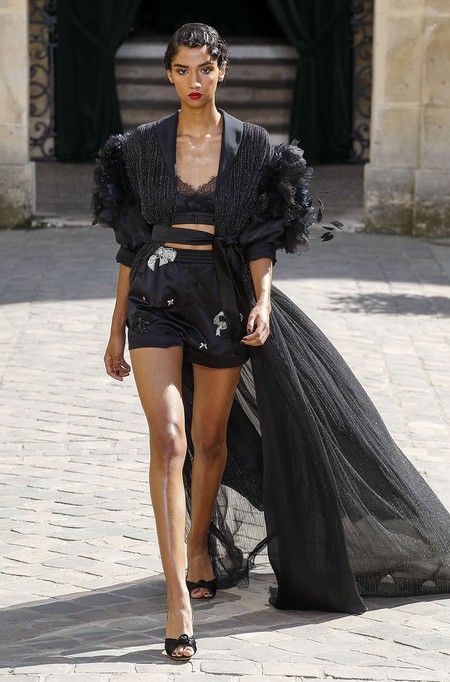 A far cry from a traditional haute couture collection, Yulia Nikolaeva’s designs carry a minimalist aesthetic and a signature relaxed tomboy style that feels refreshingly simple against a sea of (often politically-charged) emotionally provocative collections. Neutral in colour palette and fluid in silhouette, it’s not what we’ve come to expect from Moscow’s line-up but it brings something new to the mix and therefore stands out. Fusing comfort, quality, creativity and performance but adding the odd trend-specific detail (think knife-pleats, bumbags and leopard-print for AW18), this is a label whose designs translate well to myriad locations and bear relevance for significantly longer than a single season. 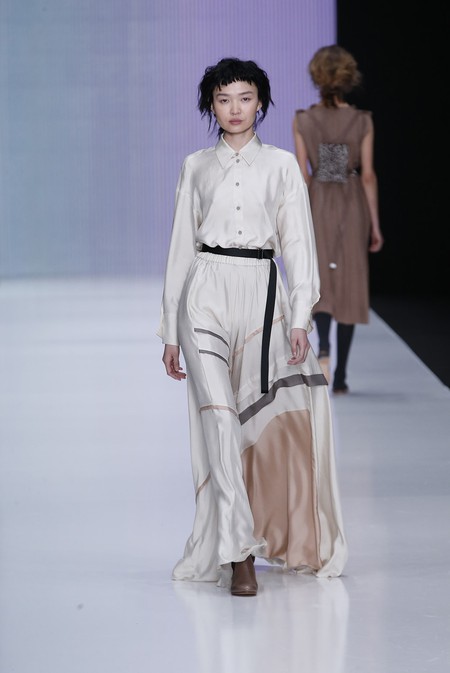 Nina and Gvantsa Macharashvili, the sister duo behind Georgian label Mach & Mach, design for the career-driven woman who knows what she wants. That much is clear from the high-octane levels of sparkle that govern each collection and the price tags attached to them. Leathers are premium, fabrics come hand-embroidered and accessories are far from being a collection add-on, making just as much of a stand-alone statement as the mainline ready-to-wear designs. At face value this brand is one of confidence and positivity but underlying themes nod to feminism and Georgia’s post-Soviet awareness.