The Russian Artist Who Acted Like a Dog, Literally 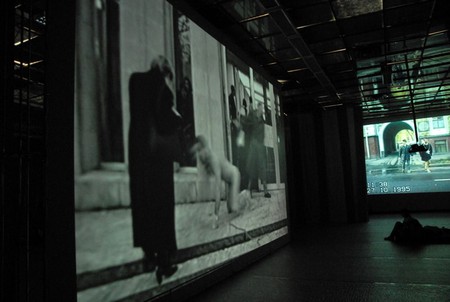 Whilst going from one art gallery to the other, a typical visitor is bound to find that despite all art being unique and full of meaning embedded by the artist, at the end of the day art is always tangible, figurative. Oleg Kulik, a Soviet artist from Ukraine, felt the same way. He started his art career creating glass sculptures, but soon found they were not enough, nor for himself, nor for the audience. Then the artist made a life-changing step in his career.

Now imagine this, a completely naked man, wearing a collar and chain sits in his cage, barks at strangers, likes the occasional pat, and eats from a bowl. In his early performances, Kulik had fully taken on the persona of a dog and expects to be treated as such: a dangerous, unpredictable animal. During one of his performances, he even bit a member of the audience that approached him disregarding a warning sign.

Oleg Kulik has now embodied a mad, people-biting dog, preached to fish, he has shared his bed with a goat, acted as a monkey in a zoo – and also found purpose in his career as an artist. He refers to this category of his work as ‘zoophrenia’, meaning the reduction of civilisation that results in a lack of anthropological elements that make up a human. His work is not limited to just the impersonation of animals, though. Kulik has also held exhibitions of painting, prints, and sculptures in many galleries around the world. All in his human form. 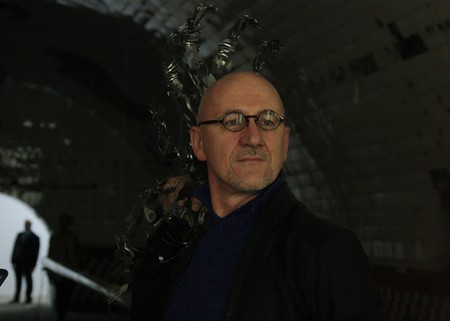 The provocative performances of the Kulik are, without doubt, amusing, but not to the artist himself. In his eyes, there is no irony in the work and it should be taken in its full seriousness. Upon further consideration, his dehumanised state screams of the deprivation experienced by Russian artists. In a recent interview, Kulik said: ‘In Russia you have to be either brave, or be silent. There is no middle’. Oleg himself is among the many brave artists who have chosen radical forms of art to express their ideas.

Watching a human impersonate a dog, with ease and credibility, leaves a uncomfortable aftertaste of how quickly a person can take a step back and become an animal, rejecting anything that had previously made him a human being. Oleg Kulik may not be the world’s first and only performance artist, but his artistic style has no predecessors and is not an imitation of past generations. His work is undoubtedly unique and has inspired a lineage of Russian artists to explore the most daring art forms.