The Mystery of Russia's Amber Room 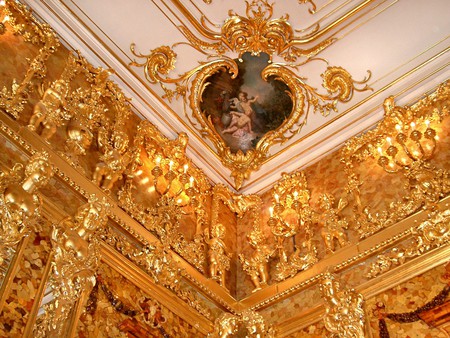 The ceiling of the amber room | © jeanyfan / WikiCommons

The Amber Room located in Catherine Palace in St Petersburg attracts many visitors every year. They come to admire the beautiful halls and the lavish décor, but also to marvel at a whole room decorated from top to bottom with amber – a room that behind its lavish exterior contains an unsolved mystery.

During the time of its creation at the start of the 18th century, the Amber Room was intended for the Charlottenburg Palace in Prussia and was ordered by King Friedrich. After his death, however, the heir was not too fond of the amber creation, and it was then transferred to Berlin for storage. It would have been forgotten if it weren’t for Peter the Great who was visiting Prussia at the time and was intrigued by the amber room. He was keen to acquire it for St Petersburg’s first museum. In the end, there was no need to purchase it. In a diplomatic move, the Amber Room was gifted to Peter the Great. As it turned out though, the gift arrived in Russia missing a few pieces, and the room was never installed during the time of Peter the Great, remaining forgotten for a number of years. 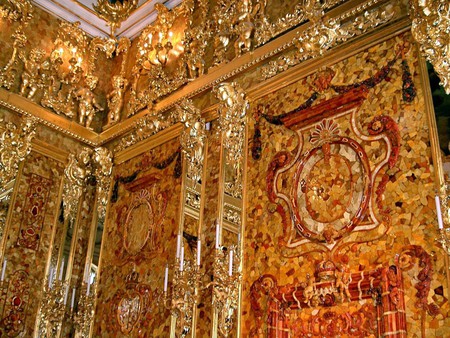 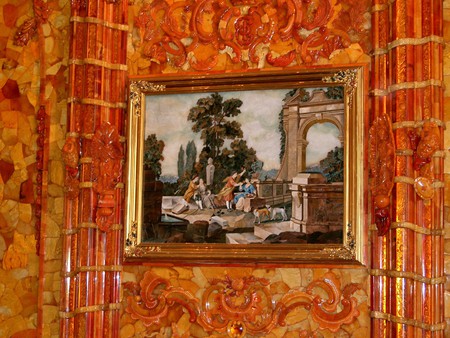 One of the lost panels replaced with a painting | © Wikimedia Commons

The Second World War brought massive destruction upon St Petersburg, then called Leningrad, and its environs. Palaces, such as Catherine Palace, were under constant threat of air raids and looting. Museum keepers attempted to hide artworks and valuables, but the Amber Room was too large to save. The Nazi army besieged the city, came very close to the borders of St Petersburg, and took the Tsar’s Village where the palace is located. During the looting, the Amber Room was dismantled and transported to Königsberg (modern Kaliningrad) never to be seen again. The current location of the Amber Room is unknown, although many theories have sprung up over the years based on findings of amber vases or other suspected pieces of the décor. 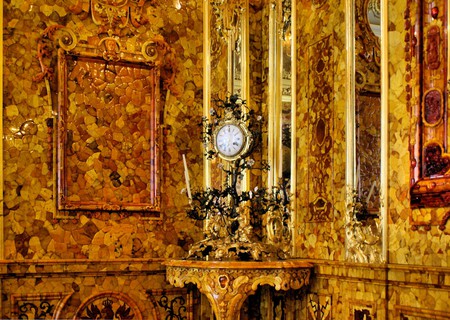 The Amber Room has now been completely reconstructed, based on the photographs left from pre-war times. After almost 20 years of hard work, the Amber Room was reopened to the public in 2003, yet the search for the original treasure still continues.