The Most Interesting Contemporary Artists in Russia 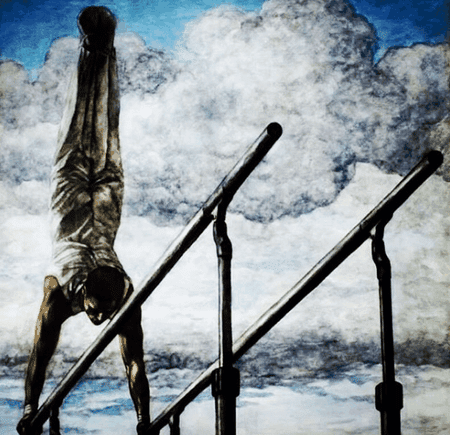 Russia’s history of pioneering artists has ensured that the practitioners to emerge from the country in recent times are risk-takers who create intelligent works of art. Across visual styles and mediums, here are seven of the most interesting contemporary artists in Russia you should know about.

Emerging out of the Yekaterinburg street art scene, Radya now calls Moscow home but works across Russia and Europe. Using both shapes and text, Radya transforms urban spaces with clever use of space and visual design, and interrupts the cityscape with humorous, slightly whimsical and often political statements. Radya uses public areas both as a canvas and as a source of inspiration – he questions communal and personal space as well as what is permanent and what is ephemeral.

When Stalin came to power, he decreed that the only state-sanctioned style of visual art was Social Realism, a style of art that upheld and depicted communist values. Artists who worked outside of this style were called Soviet unofficial or non-conformist artists, and they worked outside of the state system. Vassiliev was among the artists who worked within this realm, and he worked as a children’s book illustrator until his emigration to America in 1990. He concerned himself with exploring the limits of representing space and objects while retaining a personal approach to his art. His main themes were memories, streets, natures, friends and family. He died in 2013.

Active during the 80s and 90s, Novikov was an advocate of the nonconformist art that was being created after Stalin’s death. In the final years of the Soviet Union and amidst the upheaval of perestroika, he formed the New Artists, a group of practitioners who found inspiration in the Russian avante-garde’s drive for change and saw art as a vehicle for self-expression. He founded the New Academy of Fine Arts in 1989, which became a Russian and international hub for contemporary art and worked with State organisations to exhibit underground art. He died in 2002.

Born during the peak of the early 20th-century political flux and social upheaval of the Russian Revolution, Kabakov’s career encompassed painting, installations, etchings and illustration. He was also a nonconformist artist, who worked outside of the Soviet system. Because of this, he often found himself in hard situations and his work – often created with his wife Emilia – have recurring themes of escapism and fantasy. Ilya worked as a children’s book illustrator until he emigrated to America. Since 1989, Ilya has been working collaboratively with his wife, Emilia, predominately in installation art. Ilya died in 2018. 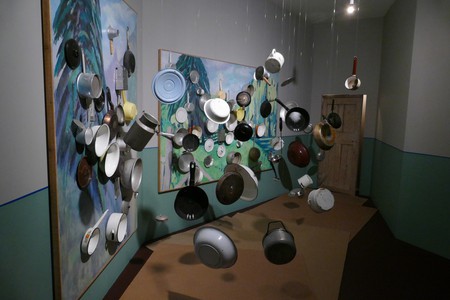 Emilia and her husband, Illya Kabakov are among the pioneers of installation art, although both their artistic practices moved through different mediums. Emilia initially trained in classical music and education, and she manages to weave elements of her education into her work. She later emigrated to Isreal, and then New York. She began working with Ilya in 1989, and together they made immersive installations that focused on dreams, fears and the idea of utopia. 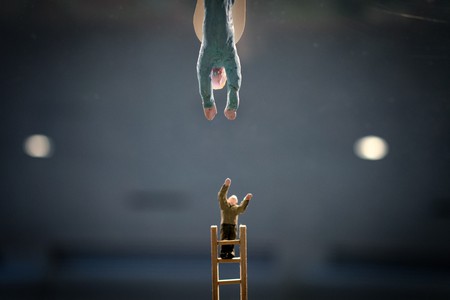 How to meet an angel, The Utopian Projects by Ilya and Emilia Kabakov | © Lorie Shaull / Flickr

The drummer in seminal 80s Russian rock band, Kino, Guryanov was also a gifted visual artist and lived a life filled with art and music. After the death of bandmate Viktor Tsoi and the end of Kino, Guryanov fell in line with Timur Novikov and The New Artists, while maintainging an involvement with music. Initially inspired by Warhol, Guryanov would take photos of his friends and band members and then alter them, similar to Warhol’s photo-based portraits. After the collapse of the Soviet Union, Guryanov turned to social realism in opposition to elements of post-Soviet culture. He passed away in 2013 at the age of 52.

An emerging visual artist and Chechnyan native, Gaisumov’s video art addresses the political and personal histories of his homeland. They also speak about the silence and the deaf ears regarding these stories at a governmental level. Born just before the first Chechen War in the early 90s, he and his family fled the embattled nation during the conflict. While he draws on personal stories and uses members of his own family in his work, the deeply personal stories speak of the larger truth of the casualties and upheavals of war.