The Most Controversial Tsar in Russian History 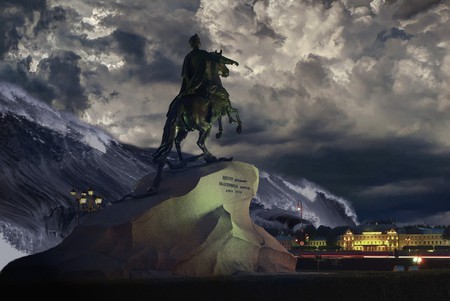 When it comes to the history books that Russians get at school, a lot of the information is glorified, and unattractive details are carefully taken out so as not to traumatise the still innocent minds of children. Yet in truth, Russia, like any other country, has had some ambiguous times and characters in the course of its history, when there was much good and bad happening at the same time, making it hard to decide which outweighs the other. Such a character in history is Tsar Peter the Great, revered as the builder of the Russian empire, a talented military man, and a very modest ruler. But was he?

Peter Romanov was born June 9, 1672, the 14th child of the then ruling tsar, Aleksey Mikhailovich. He was not the heir to the throne and did not receive the necessary education. His educators were clergymen since at that time Russia did not have middle schools or universities. Some sources suggest that Peter even continuously made spelling mistakes throughout his life, let alone did he have the necessary background to become a ruler. His older brother, the first heir to the throne, fell sick only after six years of ruling. Following his death, there were two potential heirs – the very young Peter and his sickly older brother Ivan. Following a period of palace intrigues, Peter was chosen as the next tsar, but under the regency of his sister Sophia. She continued holding on to power was as long as it was possible, but Peter forcefully sent her to the Novodevichy Convent where she stayed for the remainder of her life. And thus, Peter Alekseevich Romanov gained full control of Russia. 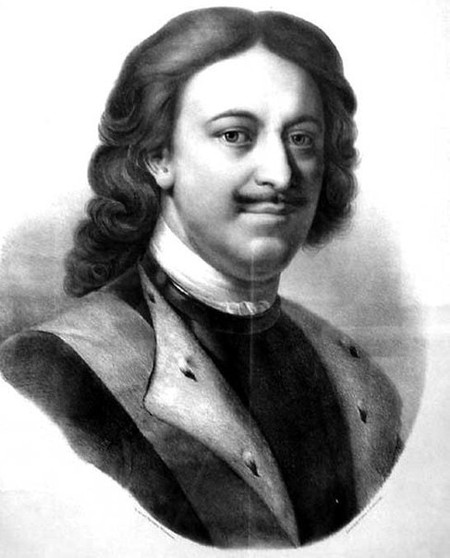 Before Saint Petersburg existed, it was a marsh – basically a place very unlikely to serve as a capital of an Empire in the limited time Peter the Great had planned to complete construction. On May 27, 1703, the first brick of the Peter and Paul Fortress was laid, marking the founding of the new city. Naturally a large workforce needed to be mobilised to ensure the building process would run fast and steady. About 30,000 people were commissioned to come from the countryside; however, serf owners were in fact unwilling to let go of their workforce and would send a lot less. Yet, the workload was not diminished, and those who did arrive worked in appalling conditions, and many tried to escape. To prevent them from abandoning the workplace, their families were held hostage as a guarantee of their stay. Combining low wages and poor working conditions, many workers did not survive the trials. Some sources suggest that 6-8% of the workers died every year. Saint Petersburg may now be a city representing the luxury of imperial times, but still it was built on the bones of hard-working labourers. 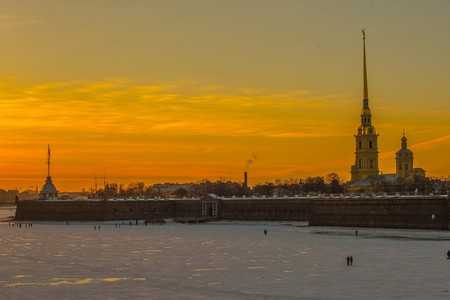 A window into Europe

Peter the Great made it his duty to give Russia access to Europe via the sea, often referred to in history as a ‘window into Europe’. During the early years of his rule, Peter travelled undercover to Europe, where he grew fond of European traditions and was determined to implement them in Russia. He introduced various objects and commodities, such as tobacco, potatoes, coffee, chocolate. Moreover, he collected various objects and placed them in the first museum, the Kunstkamera. Despite the positive appearance of the changes, it is important to remember that they were forced. The nobility that refused to change their clothes and shave their beards, according to the new fashion, were mocked in public and punished by the tsar. 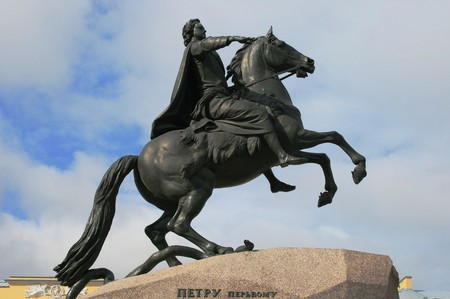 During the rule that brought along so many changes, it was hardly surprising that there were protests and outright revolt. As for any crimes, there were punishments for treason. It was well-known that fairly often Peter put these punishments into action himself. During the early years of his rule, there was a revolt of guardsmen that was suppressed mercilessly. Peter the Great beheaded five of the guardsmen himself out of the thousands that were executed for treason. Peter had no favourites when it came to punishment. Even his son and heir was imprisoned and tortured. During his trial, Peter carried out the cruel questioning himself, and his son was sentenced to death, but died in his cell before the sentence could be carried out. 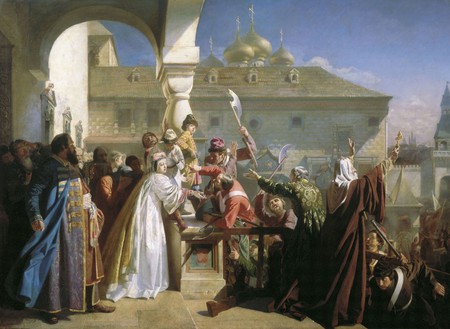 It is difficult to judge history centuries later, especially when it comes to such outstanding personalities as Peter the Great. Undeniably, during his rule Russia made strides forward towards becoming the powerful Russian Empire, but it all came at a price.