The Most Beautiful Parks and Green Spaces in St Petersburg 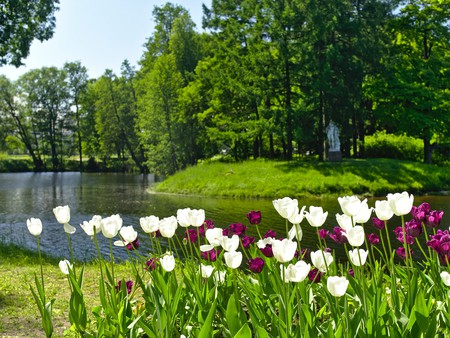 St Petersburg may be relatively small, but there are plenty of green spaces to enjoy in the city centre as well as the outskirts. Many of the parks and gardens are remnants of old imperial residences, whereas others are new projects, made especially to make the city greener. Here’s a guide to the best spots.

This garden is as old as St Petersburg itself, founded in the 18th century by Peter the Great. You’ll find alleys of marble statues, fountains and plenty to look at here. The garden is also home to the first Summer Palace in the city; a modest two-storey building with its original interiors preserved until today. Since the garden is located right on the embankment of the Neva river, it has been subject to flooding, some being fairly destructive. It recently underwent intensive restoration and is now in tip-top shape. 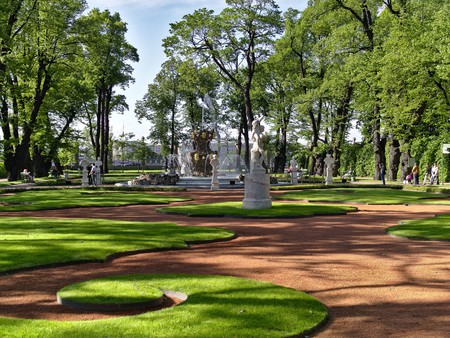 The New Holland artificial island is a new addition to the park scene in St Petersburg, but a very substantial one. The project received a large amount of funding and succeeded in creating a green oasis bang in the centre of the city. The island has a busy schedule, offering fitness classes, outdoor film screenings, live concerts and much more. The space has been a big hit so far, and as such weekends can get fairly crowded.

The land that is now occupied by the Tauride gardens was once gifted to a military leader of the 18th century, for the successful annexation of Crimea. Later, a park was erected here and became the seat of the first Russian parliament. The gardens are mostly frequented by locals, who take advantage of the open air football pitch, playgrounds and the lake in the heart of the park. In the winter months, many flock here to sledge and slide down the frozen hills. 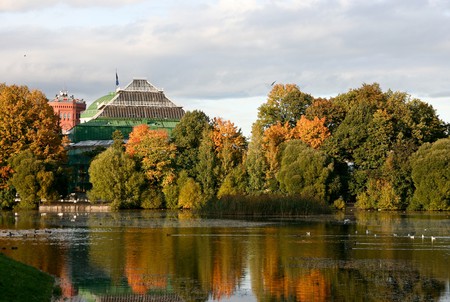 Park of the 300th Anniversary of St Petersburg

As is clear from the name of the park, it was founded to commemorate 300 years of St Petersburg. It is located right at the gulf of Finland and some 30 years ago, the area would have been completely covered by water. Now the beach and the adjoining park offer large spaces for outdoor activities, such as skating, cycling, volleyball and wind-sailing.

Open: All day, every day.

The Yusupov family was one of the wealthiest and most influential families in all of Russia, so it isn’t surprising that palaces and other landmarks bear their name. These gardens were originally part of the estate built for the Yusupov family, when they were made accessible to the public, it became a popular place to spend a weekend. The lake inside freezes up in the winter and becomes an ice-skating rink. 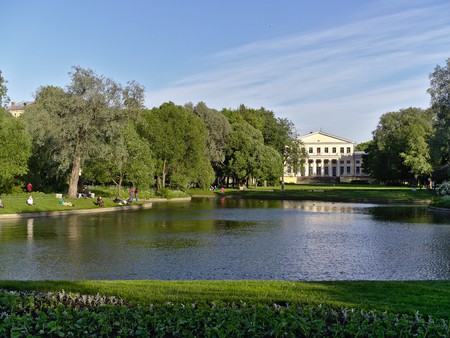 The Mikhailovsky Garden is in a prime location that can easily be incorporated into a stroll through the historical city centre. The gardens were commissioned early on in the 18th century and have since withstood multiple changes, yet managed to preserve their architectural landscape. The main entrance into the gardens walks right out onto the Church of the Saviour on Spilled Blood and on the other side there is the Mikhailovsky Castle and the Moika river Embankment.

Kirkov park, located on the northern Elagin island, was also once an imperial residence. Since the revolution, it has become a government-owned property, open to visitors everyday. The whole complex has a busy schedule during the summer season with various activities, exhibitions and concerts happening on a regular basis. There’s also an open air reading corner, where you can borrow books and enjoy them in the sunshine. Ice skate in winter, rent a boat in summer or enjoy a stroll through this UNESCO heritage site all year round.