The Most Beautiful Mosques in Russia 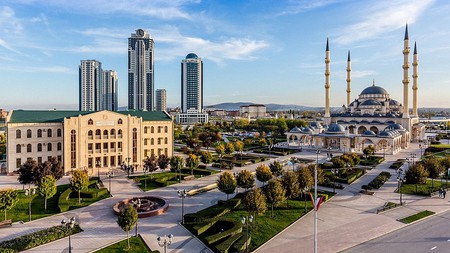 When you think about Russian sacred architecture, onion-shaped golden domes of Orthodox churches are probably the first image to pop up in your head. However, around 20% of people living in Russia are Muslims and the country is home to over 8,000 mosques. We’ve made a list of the most spectacular ones.

Opened in 2015 after a 10-year-long overhaul, Moscow Cathedral Mosque is the tallest mosque in Europe. Capable of holding 10,000 people, the six-floor mosque comprises multiple halls, a library, a museum and an exhibition space. 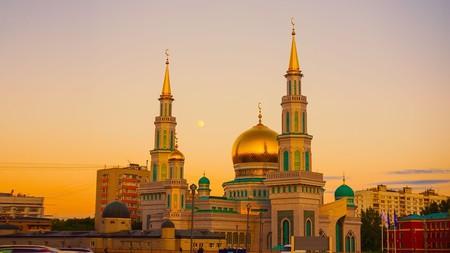 Heart of Chechnya in Grozny

Heart of Chechnya is a classic mosque, with beautiful travertine-tiled exterior and white marble interiors. Named after Akhmad Kadyrov, the first president of the Chechen Republic, it features was four 63-meter-high minaters and a gigantic 32-meter-high dome. Set to fit over 10,000 people, the Heart of Chechnya is the only mosque in Russia, that broadcasts live 24/7. 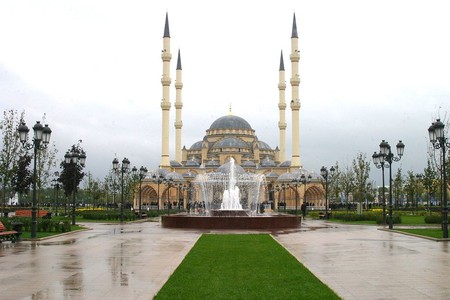 The only all-white mosque in Russia, the Bulgar Mosque was opened in 2012. Affectionately called by locals “Kazan Taj Mahal”, it features an astounding collonaded arcade, which consists of 88 columns. A UNESCO World Heritage site, the Bulgar Mosque also houses the world’s largest Quran – a magnificent gem-encrusted book, which weighs 800 kilograms and requires 16 people to lift it. 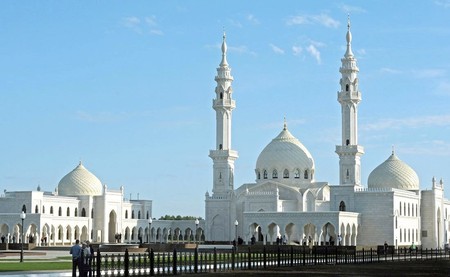 Russia’s oldest mosque, the Juma Mosque is located in Derbent, Dagestan. Erected between 733 and 734 AD, the mosque is considered a UNESCO Cultural Heritage site. 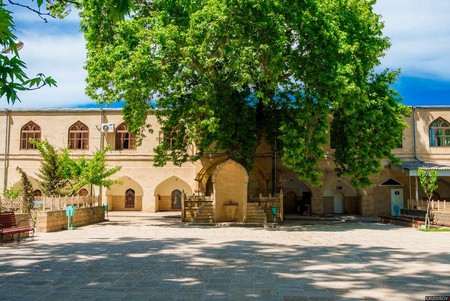 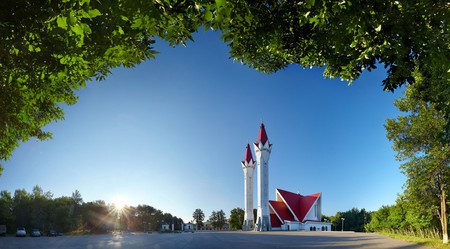 One of the most popular attractions in the Republic of Adygea, the Maykop Cathedral Mosque was built in 2000. The main Muslim center of the Republic, unlike most mosques, it is also open to tourists. 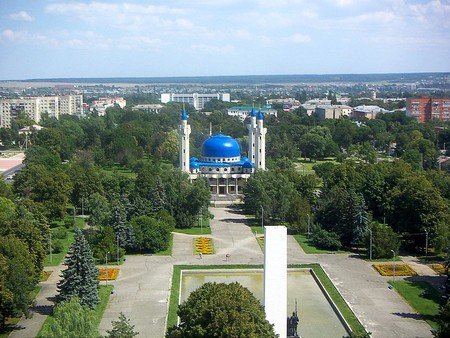 Part of the World Heritage site, which is the Kazan Kremlin Historic and Architectural Complex, the Qolşärif Mosque is arguably Kazan’s most iconic attraction. The mosque can accommodate 6,000 believers and has more minarets that any other mosque in Russia. 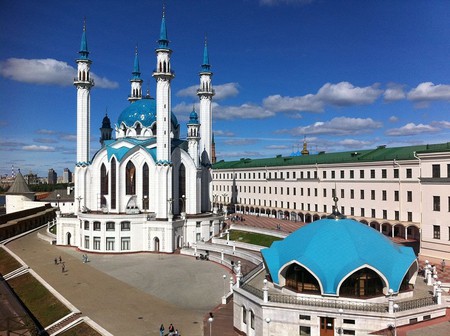 Opened in 1996 to celebrate the city’s 30th anniversary, this is not merely a mosque, but a cultural hub and educational center. It comprises a madrasa, a library, a historic and cultural center and a hotel. 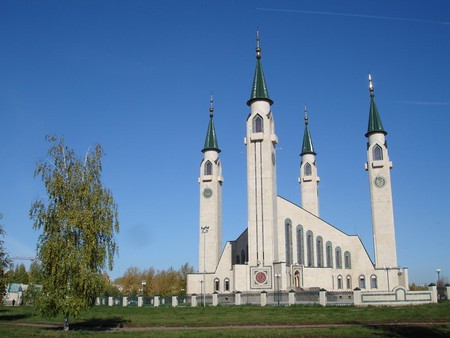 One of the most photogenic spots in Saint Petersburg, the mosque partially resembles the mausoleum of Tamerlane in Samarkand, Uzbekistan. Built in 1913 on Petrogradsky Island, it was Europe’s largest mosque at the time. The 45-meter-long mosque is capable of holding almost 5,000 worshippers. 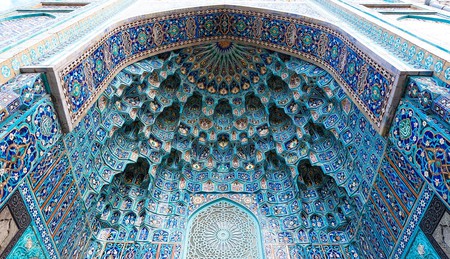 The Great Mosque in St Petersburg | © Astryd_MAD/ Pexels
Give us feedback