The Eeriest Abandoned Towns in Russia 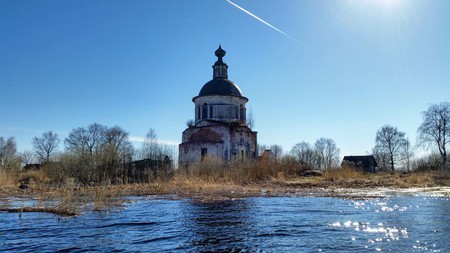 There are tourist hotspots and there are places where few dare to go. Everybody understands it when you say that you want to see the Eiffel tower or the canals of Venice, but abandoned towns in Russia? If you happen to be one of these people attracted to eerie places like abandoned urban spaces, here is the list of absolute must-sees in Russia.

Butugychag reflects Russia’s turbulent history. It’s located in Russia’s far east, in the Magadan Oblast. Butugychag used to be a part of the gulag system: between 1937 and 1957 it was a forced labour camp. It was particularly famous for its uranium mines. The truth of Beria’s uranium-mining gulags has been recovered only recently. Now, if you dare, you can see the abandoned facilities. 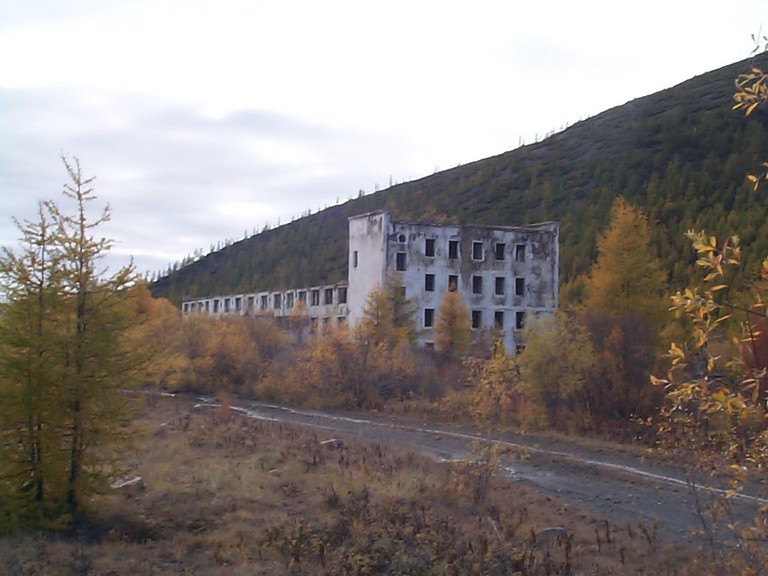 Khalamer-Yu was a victim of rapid industrialisation in the Soviet era. Stalin’s Russia invested almost exclusively in heavy industry. Khalamer-Yu was part of that process. Coal was discovered here in 1940 and a mine was established in 1957. The mine drew people looking for a better life, and Khalamer-Yu was established. In 1993 the mine was closed and settlement liquidated in 1995. Later, the remnants of the town were used for bombing practice. In 2005, a bomber with Vladimir Putin on board destroyed some of the remaining buildings.

Mologa was also a victim of Stalin’s policy of radical industrialisation. The town was first established in the 12th century. It thrived throughout the centuries and gained importance in the late 19th and early 20th centuries, when it became an important port on the Volga. In 1935 the decision was taken to flood it due to the development of Rybinsk Reservoir. Most of the inhabitants moved elsewhere, but 294 of them refused to be resettled and eventually drowned. The town was entirely submerged for more than 70 years. In the early 1990s the level of the Rybinsk Reservoir decreased by 1.5m. Parts of the town are out of the water now. Boat trips run there, so you can even go and pay a visit! 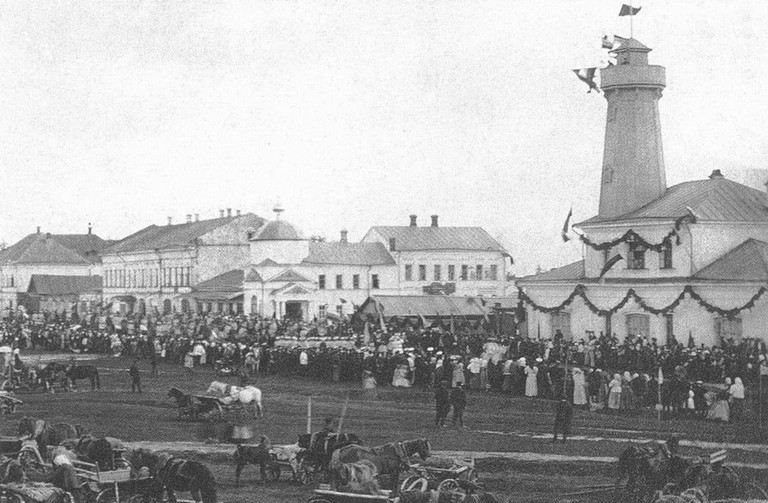 Neftegorsk was the victim of a lack of foresight from its constructors. The settlement was established in the 1970s to house the employees of the nearby oil rig. But, the town was destroyed in the mid-1990s in an earthquake. The buildings were made of poor-quality concrete so they couldn’t match the forces of nature. All that is left of Neftegorsk now are a few memorial plates commemorating the victims.

Khadykchan is another abandoned town in the Magadan oblast. It was first created during WWII for the sole purpose of mining coal. The town became a victim of the changes in the economy caused by the dissolution of the Soviet Union. The two mines that operated in Khadykchan were dissolved and the entire town was abandoned. The biggest buildings were taken down, but you can still see the remnants of the settlement if you’re brave enough to embark on a trip to Magadan. 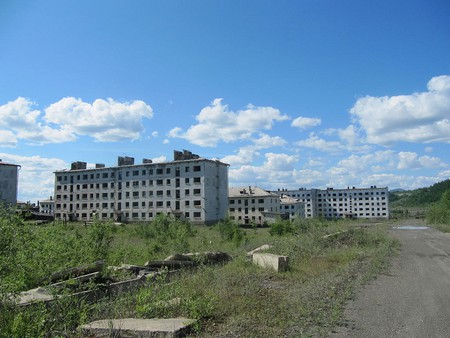 Verkhnaya Gubakha was settled after the discovery of iron ore in the central Ural Mountains in the 18th century. It too became a victim of skyrocketing industrialisation in the 20th century. In the 1970s the ecological situation became extremely dire due to the development of coal mining in the area. Settlers had to move to other places and the town is now left in ruins.

Iultin used to be a town in Chukotka and is now nothing but ruins. It was originally created to house the administrative staff of the nearby tin and tungsten mines. Only twenty years ago, Iultin had a population of more than 3000 inhabitants. Today, it’s completely abandoned.

Alykel was a town in the far north of Russia built specifically to house military pilots. Soon after it was created, the military squadron was redeployed and the new high-rise blocks of flats were abandoned.

Kursha-2’s history was short and dramatic. The town was established shortly after the October Revolution of 1917. It housed the workers employed in the exploitation of the forests in the surrounding area. In 1936, firestorms broke out in the region. A train was sent to Kursha-2, and the dispatcher insisted on loading wood onto the empty train before it left the endangered area. The process lasted too long and the firestorm reached the village. There were not enough spaces on the train to fit all the settlers, and hundreds were forced to stay at the station. When the full train reached the bridge it needed to cross to get back to safety, the bridge had been already destroyed by the fire. Everybody in the village and on the train died, a total of around 1200 people.

Finval, just like Alykel, became a victim of the change of the military plans. The town, located on the peninsula of Kamchatka in Russia’s far east, was the home to the staff of the submarine base located there, as well as their families. When the submarines were redeployed, the town was abandoned. It is now nothing but ruins.

Charonda is, by far, one of the oldest towns on our list. Its history goes as far back as the 13th century. Throughout the years it became an important settlement on the trade routes on Lake Vozhe. Over time the trade routes lost their importance, and so did the town. It is now completely abandoned and can only be reached by water. 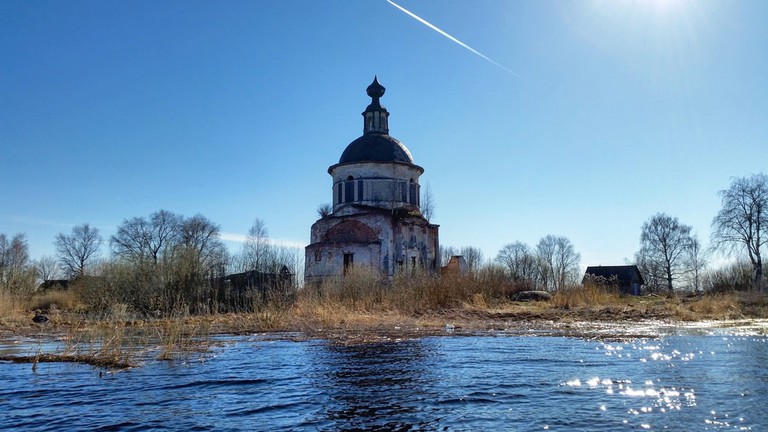