The Crazy History of Tetris, Russia’s Most Famous Video Game 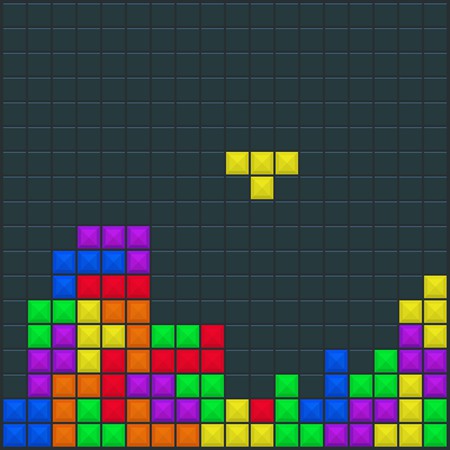 Tetris is one of the most recognizable video games in the world. It’s extremely simple, oddly satisfying, and completely addictive. But behind the blocks falling into place, there’s a curious story of how the game left Russia, and why we find it so compelling.

June 6 is World Tetris Day, and also the anniversary of the game being created. This year it will turn 33 and for many it has been a constant source of entertainment throughout their lives. Alexey Pajitnov, the programmer who created the game, has given several fascinating interviews over the years about how he came up with the idea.

At the time, Pajitnov was working at the computer lab for the Academy of Science of the USSR. “I’ve loved puzzles ever since I was a child, especially pentominoes. You could get three of these geometric games for a rouble in Moscow toyshops. In June 1984, it occurred to me that they might be a good basis for a computer game,” he told The Guardian.

However, he soon discovered that 12 pentomino pieces rotating was too complicated, so he scaled it down to tetrominoes. The original program was written for the Russian computer the Electronika 60, which didn’t really have graphics, meaning Pajitnov had to use letters to create the playing pieces.

The final part of the puzzle then fell into place. “Next I put together the procedures for manipulating the pieces: pick a tile, flip it, rotate it. But the playfield filled up in 20 seconds flat. Also, once you’d filled a line, it was kind of dead, so why keep it on the screen? So I made each full line disappear, which was key,” Pajitnov said. 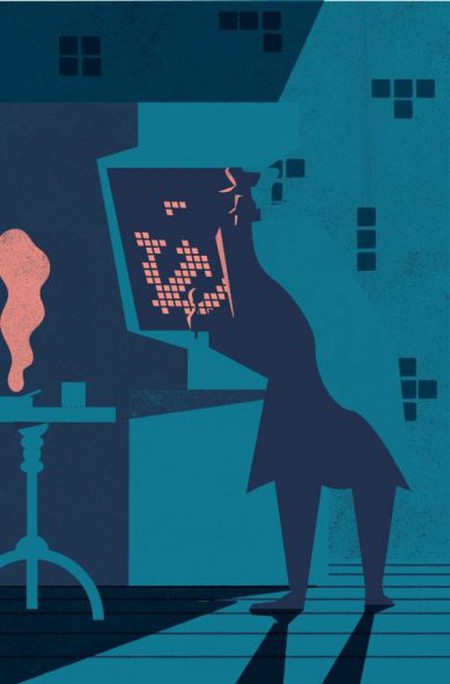 That was the story of the game being created, but when it came to exporting it to the rest of the world, that’s where things got weird, and the KGB got involved.

Henk Rogers was a games licenser in the 1980s, and his job was to acquire games for the Japanese market. He had discovered Tetris at the Consumer Electronics Show in Las Vegas in 1988, and was convinced it would be a hit. He bought up all the licensing rights he could, but when it came to securing the rights to sell the game for the Game Boy, he went straight to Moscow to talk to Elorg, the USSR bureau handling software exports.

“The director of Elorg, a Mr Belikov, told me they had never given rights to anybody. I was in deep kimchi, because I had 200,000 game cartridges at $10 apiece being manufactured in Japan, and I’d put all of my in-laws’ property up as collateral,” Rogers told The Guardian. “We reconvened the following day and they had a lineup of 10 people—KGB, business guys, lawyers, Alexey—who grilled me for two hours.”

The KGB even sent two agents to Rogers’ office in Tokyo. In the end the inquisitions were worthwhile, and he was given the console rights for Tetris.

But what exactly makes the game so addictive? In 2014, a University of Sheffield professor explored the subject in detail. Dr. Tom Stafford, who works in the university’s Department of Psychology, refers to the Tetris effect, where you play the game so much, when you close your eyes at night you can still see the blocks falling. Or if you look at patterns on the floor, you see tetrominoes. 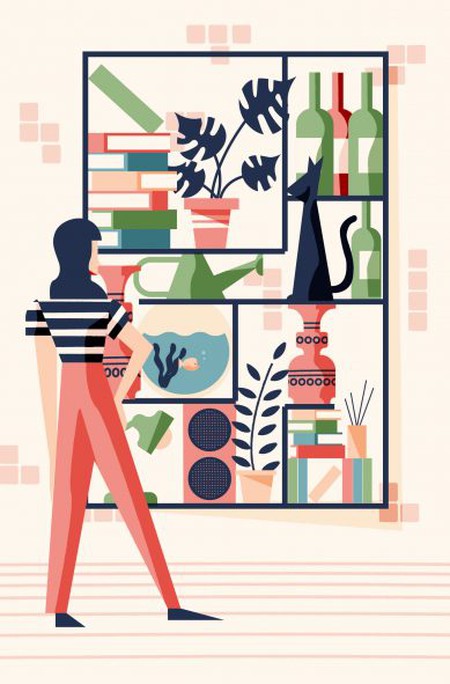 Stafford then mentions the Zeigarnik effect, named after Bluma Zeigarnik who first wrote about it in 1920s Berlin. Zeigarnik observed that waiters in her local cafe had a perfect memory for all the orders they hadn’t yet completed, but couldn’t recall those that were already delivered to a table.

“This is the Zeigarnik effect—memory for uncompleted tasks,” says Stafford. “This is what Tetris does so wonderfully—it’s a world of perpetual uncompleted tasks. The game is endlessly generating tasks, lines, for you to complete, and endlessly supplying you with a terrain on which to exercise your visual insight.”

This all makes sense for humans as a species. When we need our memory to perform the task in front of us, we have the brainpower to do so. But after that task is completed, your memory stops bothering you about it. “The genius of Tetris is it takes advantage of this memory hook for uncompleted tasks, and involves us in a compulsive loop of completing and generating new tasks,” says Stafford.